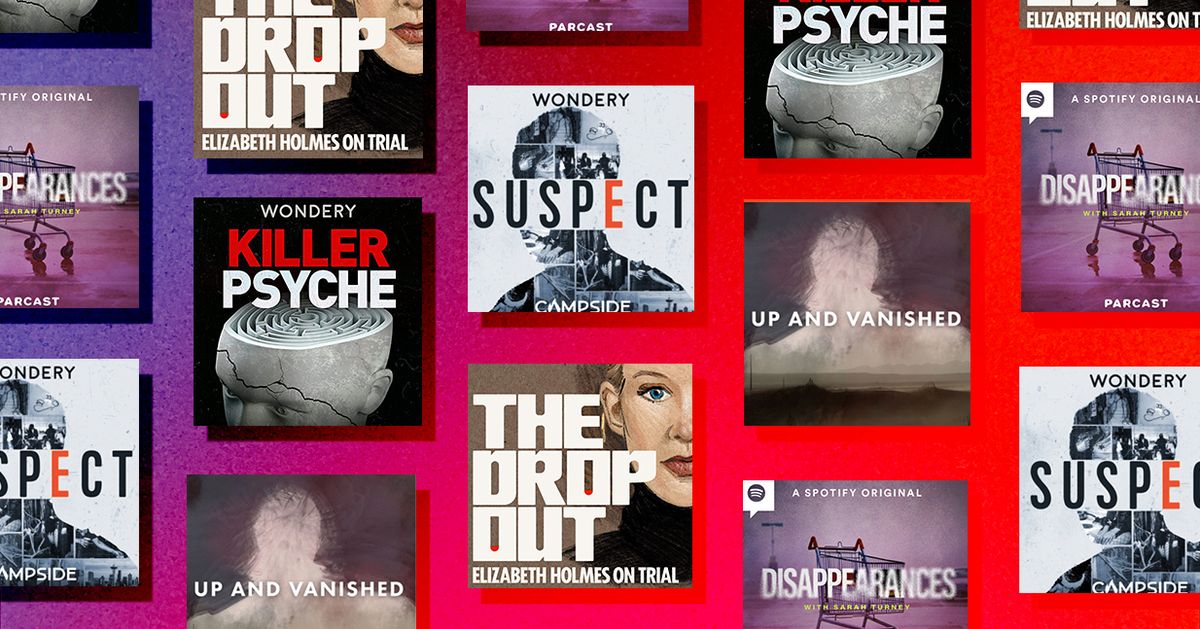 The true-crime-podcast universe is ever expanding. We’re here to make it a bit smaller and a bit more manageable. There are a lot of great shows, and each has a lot of great episodes, so we want to highlight the noteworthy and the exceptional. Each week, our crack team of podcast enthusiasts and specialists will pick their favorites.

In 2008, 24-year-old Arpana Jinaga and her neighbors threw a big Halloween party at their apartment complex in Redwood, Washington, and other than the typical drama accompanying partying in your 20s, it was a success. But at some point after everyone called it a night, Arpana was brutally murdered in her apartment by one of the party guests; her body was found by her neighbor and a friend of the family enlisted by Arpana’s father back in India, who was distraught after not hearing from her for several days. By all accounts, it’s a tragedy — the violent death of a brilliant young developer making a new life for herself across the world from her family, who made friends easily and loved riding motorcycles and writing poetry.

But there’s another tragedy at play, which journalist Matthew Shaer is tasked with untangling. How did suspect Emanuel Fair end up spending nine years in jail and going to trial twice for crimes related to Arpana’s death before before being found “not guilty of first-degree murder with sexual motivation” in 2019? What really happened that night and the next morning, and in the ensuing investigation? Shaer presents some really compelling interviews with the major players in this case, including her friends, one particular partygoer who made a poor lasting impression on nearly everyone, and Fair himself, as well as the main detective. — Jenni Miller

The Dropout: Elizabeth Holmes on Trial, “The Jury”

With the long-awaited trial of former Theranos founder and CEO Elizabeth Holmes starting this week in a San Jose courthouse, The Dropout is back with new episodes following the case’s progress. Hosted once again by ABC News’ Rebecca Jarvis, the first two episodes catch listeners up on what’s been going on in Holmes’s personal life — namely her romantic relationship with Billy Evans and the recent birth of their son — as well as her defense strategy, which includes alleging abuse by ex-boyfriend and former colleague Ramesh “Sunny” Balwani. “The Jury” is the first episode of this new bunch to take us inside the courthouse, so to speak, explaining the voir dire process for the case and speaking with potential jurors who were excused, in addition to jury selection experts (not involved in this trial) who offer their own sort of color commentary. Given the dribs and drabs of information that have been made public thus far, it’s clear that those jurors — and us podcast listeners — are in for a long, interesting ride. —Amy Wilkinson

In 1975, 6- year-old Etan Patz left his New York City apartment to walk to the bus stop and was never seen again. His disappearance and murder galvanized the missing-children movement in the U.S., resulting in the advent of missing children’s faces on milk cartons, and an utter destabilization of the notion of safety for many parents.

Sarah Turney, whose sister Alissa disappeared in 2001 (her father, Michael, was charged with Alissa’s murder, thanks to Sarah’s adept use of social media, and is currently on trial) brings us the story of Etan’s in the first episode of her new podcast. It’s not only the who/what/when/why of it, but instead of telling us about what we now know to be misguided leads, Turney looks at the experiences of Etan’s parents, Julie and Stan, who became the focus of rumors, scams, and accusations, and ultimately decided to channel their exhaustion and frustration into actual change for missing children and their families, while continuing to grapple with the fact that their son has been missing longer than he was with them. —Chanel Dubofsky

Killer Psyche, “Inside the Mind of Dr. Death: Miracle Man”

You might recognize Candice DeLong as one of the oft-featured experts on Investigation Discovery’s Deadly Women. The former FBI agent and criminal profiler examines the details of a case to understand the mind-set and motives of menacing murderers. In her Wondery podcast series, each episode is devoted to psychoanalyzing a notorious killer, from the Unabomber to the D.C. Sniper to Aileen Wuornos. This week’s episode explores the shocking case of Paolo Macchiarini, a celebrated surgeon who sold himself as a pioneer of new high-tech transplants. But beneath his false charm and blinding confidence lay a web of lies that led to agonizing deaths. DeLong swiftly summarizes his crimes and explores the preposterous promises he made to his would-be wife, including assuring her that presidents and the pope would attend their nuptials. From there, she not only speculates on the headspace of this callous killer, who murdered through knowing medical malpractice, but also explores why so many believed in him. If this story sounds familiar, that might be because DeLong is offering a sort-of spinoff episode, urging her audience to dive deeper into the case with another Wondery true-crime podcast, Dr. Death Season 3: Miracle Man. –Kristy Puchko

Up and Vanished, “Party at Vernon’s”

In season three of Up and Vanished, host Payne Lindsey zeroes in the disappearance of 20-year old Ashley Loring HeavyRunner, who vanished from the BlackFeet Nation Indian Reservation in Browning, Montana. After a mysterious video with Ashley in it was deleted, and a strange encounter with her family, she seems to have evaporated from the face of the earth, along with the more than 2,300 missing Indigenous women in the U.S. Episode two takes a closer look at the party Ashley attended before her disappearance, who was there, and who might have wanted to hurt her. Dead ends abound, with questions about when she was last seen (which has yet to be established) and
if those who have been interviewed were telling the truth about what they know. Then there’s the matter of the message Ashley’s cousin received from a neighbor named Rosie, who, as it turns out, is the ex-girlfriend of the man who threw the party where the aforementioned video was taken, claiming that she had a part in Ashley’s murder. Was Rosie hacked, as she says she was? Is this another lead into nowhere for the investigation, or will it bring Ashley’s family closer to finding her? —Chanel Dubofsky

This Week in True-Crime Podcasts: Elizabeth Holmes on Trial