Thor: Love and Thunder brings back a forgotten character in new clip

Home /Science/Thor: Love and Thunder brings back a forgotten character in new clip 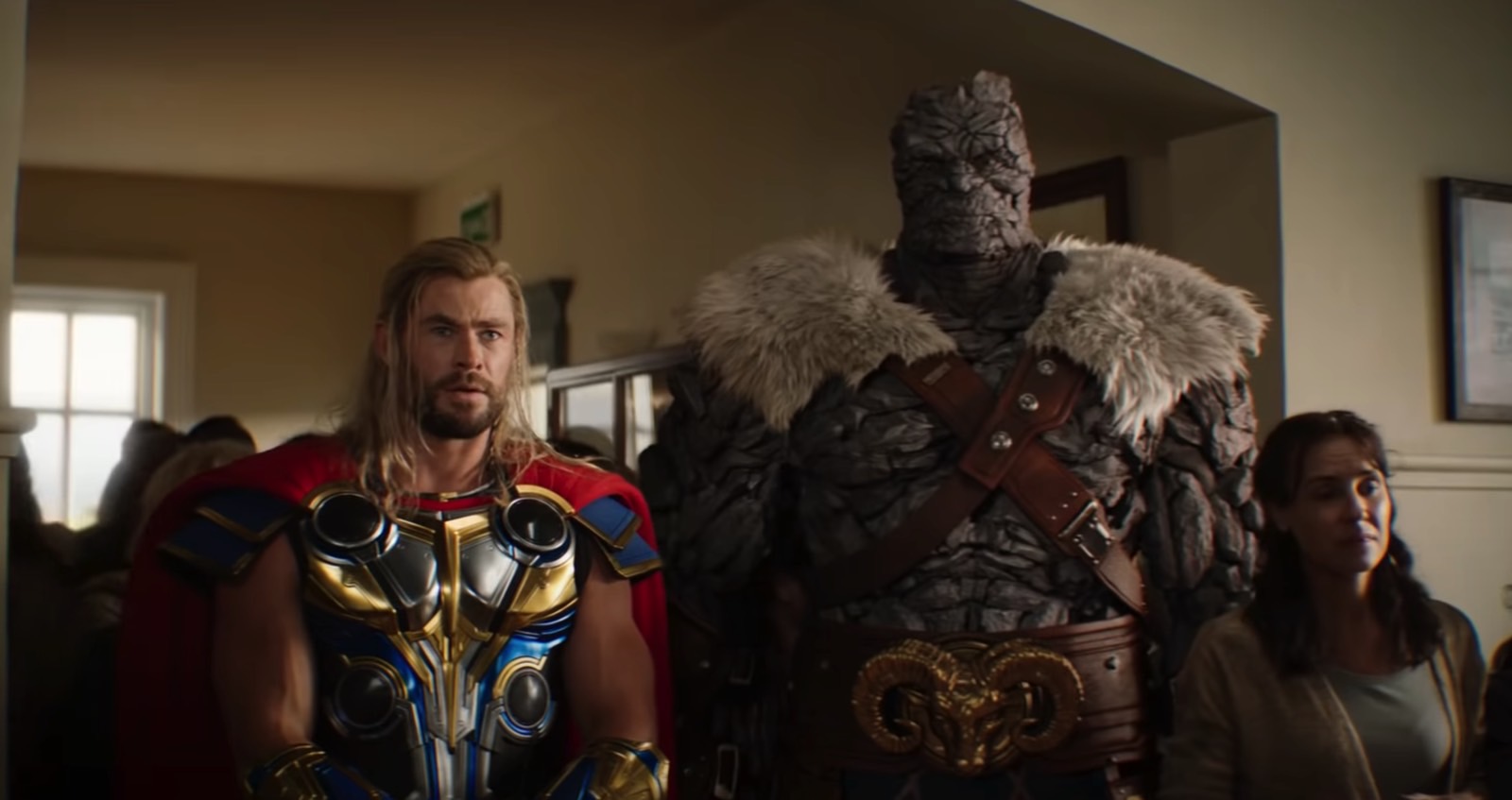 Marvel doesn’t even have to try all that hard to convince fans to see the new Thor sequel in theaters. But the company still has a few weeks of marketing left, and it’s not pumping the breaks anytime soon. The latest Thor: Love and Thunder promo clip is longer than your regular TV spot, delivering plenty of new footage. Perhaps the most exciting detail in the new Love and Thunder clip is Miek, the character introduced back in Ragnarok. Mind you, some spoilers might follow below.

Taika Waititi’s Thor: Ragnarok turned out to be a great surprise in 2017, as the writer/director practically soft-rebooted the Thor (Chris Hemsworth) character for the MCU, making him all the more interesting. Waititi accomplished all that while telling a visually impressive story that helped Marvel advance the overall MCU  storyline.

It’s in Ragnarok that we met Miek and Korg, two friends of Thor that returned for Endgame. And we’ll see them in Love and Thunder as well.

The latter stole the show, with Waititi playing him. Maybe that’s the reason why Korg is easily the more popular one, as Miek doesn’t exactly have a voice. He’s a critter/warrior that’s friends with Korg and Thor. But, like Groot, he doesn’t really talk.

Miek in Thor: Love and Thunder

Korg has also been featured prominently in the Love and Thunder trailers. Korg is clearly one of Thor’s closest friends, and we’ll see him throughout the movie.

But the new clip gives us a better look at Miek, and it’s the kind of hilarious scene that we’ve come to expect from Taika Waititi.

Miek might not be able to talk much, but he’s great with a board and marker. The new clip shows us Miek drawing in real-time Thor’s speech to the Asgardians on Earth to the point where he’s actually disturbing the God of Thunder.

Not only that, but Miek also wears the kind of costume that you’d see on humans in the clip. If it feels familiar, that’s because we caught a glimpse of Miek in the original Love and Thunder teaser trailer. But the focus was on Valkyrie (Tessa Thompson) in that shot. Still, Miek was wearing a suit, implying that he might be a part of the Queen’s court.

That said, the one-minute Thor: Love and Thunder promo clip isn’t about Miek. Marvel snuck in plenty of new scenes that tease the main storyline. Thor and his friends will have to fight the newest threat to the universe, Gorr the God Butcher (Christian Bale). That’s probably the reason why they need speeches to begin with.

Love and Thunder hits theaters on July 8th. You can watch the new clip below:

Uber Pool is finally back, but with a brand new name
Roku and Walmart want to turn your TV into a virtual shopping mall