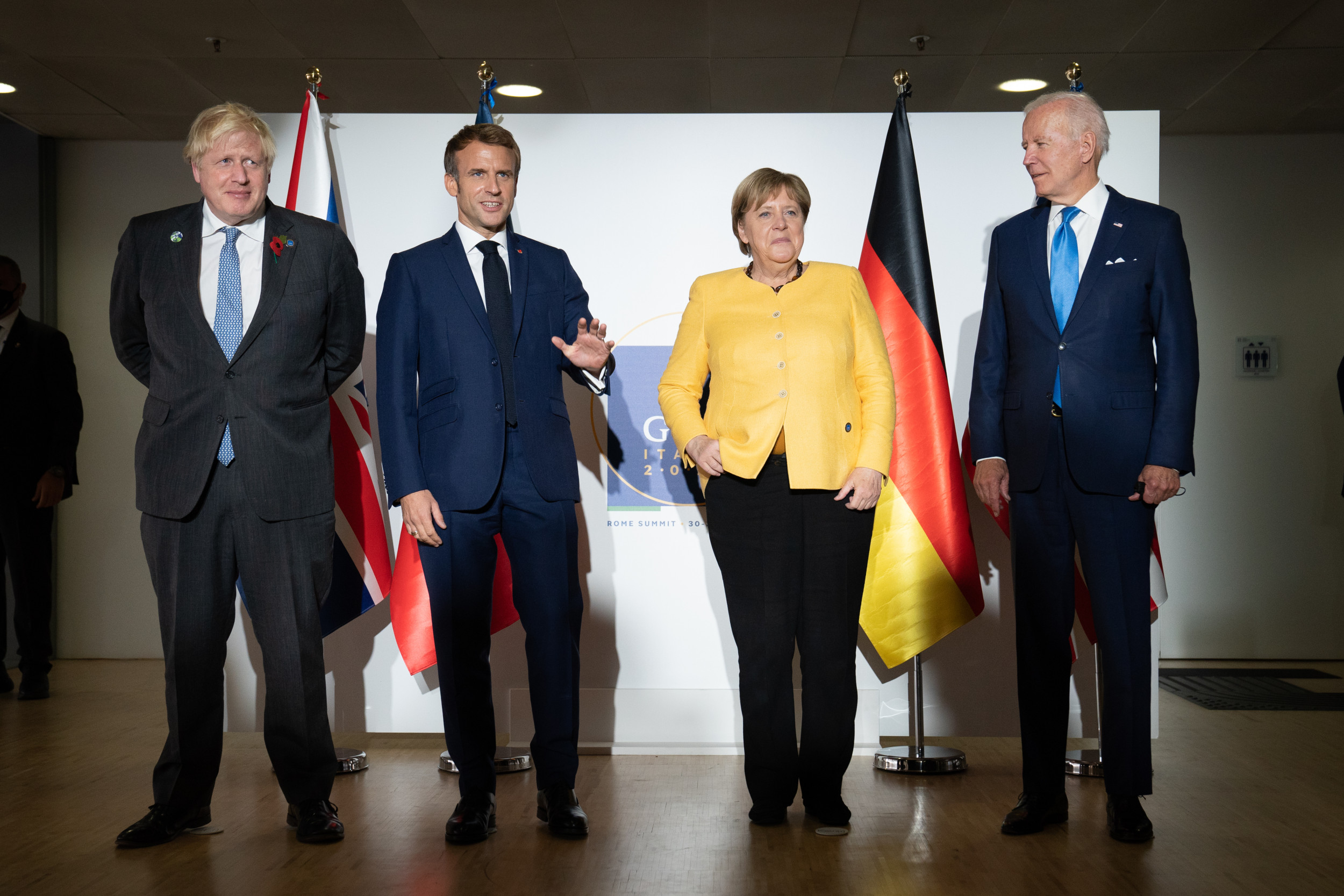 Thousands of demonstrators took the streets in Rome Saturday, where leaders of the world’s largest economies have convened to discuss issues including the global supply chain, tax policy and climate change.

On Saturday, protesters called on leaders to take bold action on climate change and improve access to COVID-19 vaccines around the globe, according to Reuters.

“We are holding this protest for environmental and social issues and against the G20, which continues undaunted on a path that has almost led us to social and ecological failure,” protester Edoardo Mentrasti said, according to the news outlet.

“There is an alternative to a development model based on 20 of the world’s most important heads of state meeting in a room and deciding on the fate of the world,” said another protester, Luca Ianniello.

“It’s Oct. 30, and it’s super hot. And that scares me,” said Valeria Cigliana, 18, who was protesting world leaders’ response to climate change, according to the New York Times. She stood in front of a banner that read,”The alternative to G20 is us,” the newspaper reported.

The outlet said that some demonstrators held a sign that read “stop patents, vaccines are a global right.”

At least 5,000 marchers were present for the demonstration, the New York Times reported. It noted that marchers represented a wide variety of interests. While some were climate activists, others were members of labor unions and some were Italian residents opposed to a COVID health pass.

Sara Mastrogiovanni, a librarian, told the newspaper that she brought her 8-year-old daughter to the protest.

“I want her to better understand the world,” she said. “And I want her to see that we all have a right to express our ideas. It’s the only way to arrive at solutions.”

According to the Times, on Saturday, the leaders at the summit reached an agreement that aims to curb large corporations from moving revenue to tax havens, and seeks to set minimum levels of corporate taxation.

“We reached a historic agreement for a fairer and more equitable tax system,” Italian Prime Minister Mario Draghi said, according to the newspaper.

President Joe Biden met with French President Emmanuel Macron, ahead of the G20 summit this week. The two released a statement noting that they will “continue urgently addressing the climate crisis.”