Time at Home After TAVR –

Home /Health/Time at Home After TAVR – 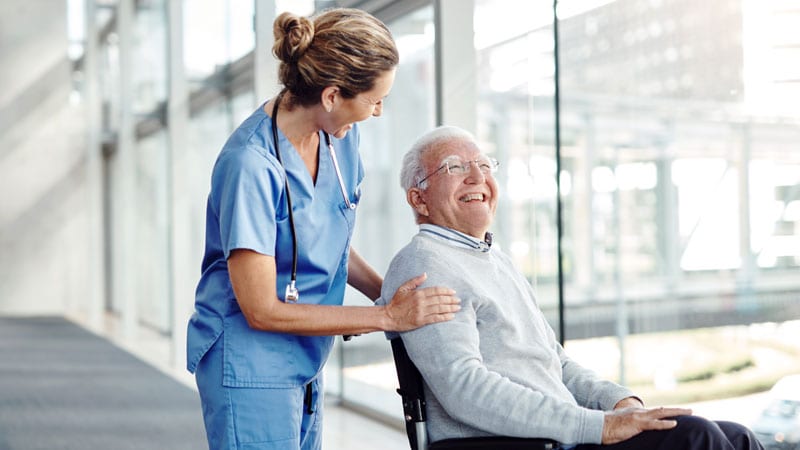 Time spent at home after transcatheter aortic valve replacement (TAVR) is important to patients but may also provide a more comprehensive measure of hospital performance and quality of care, new research suggests.

When researchers compared risk-adjusted home time in the first 30 days after TAVR with the widely used hospital performance metric of annual TAVR volume, performance was reclassified in 40% of hospitals.

Up to one fifth of hospitals were reclassified when home time — defined as the days spent alive at home outside a hospital or skilled nursing facility — was compared with 30-day risk-adjusted readmission and mortality rates.

“Our goal was to create a more patient-centered metric that is very comprehensive and incorporates both readmission and mortality in one metric,” senior author Ambarish Pandey, MD, MSCS, University of Texas Southwestern Medical Center, Dallas, told theheart.org | Medscape Cardiology.

The metric also recognizes that care for a patient with TAVR isn’t limited to the in-hospital setting but may include time in a skilled nursing facility (SNF) or long-term acute care facility (LTAC), he said. “That needs to be considered and the entities providing that aspect of care have to be held accountable.”

The researchers recently reported on home-time as a hospital performance metric in heart failure and myocardial infarction, but this is the first study to test its usefulness in TAVR, observed Pandey. The cohort included 160,792 Medicare beneficiaries who underwent elective TAVR at 652 centers from 2015 to 2019. The median annual TAVR volume was 56 procedures.

As reported this week in the Journal of the American College of Cardiology, median hospital-level, risk-adjusted, 30-day home time — calculated from the day of TAVR — was 27.4 days (interquartile range: 26.3 – 28.5 days).

There was considerable variation in hospital performance based on 30-day risk-adjusted home time.

Across hospitals with increasing risk-adjusted 30-day home time, there was a graded decline in:

In contrast, no such correlation was found between the proposed metric and hospital annual TAVR volume or between TAVR volume and 30-day risk-adjusted readmission or mortality.

Hospitals that were up-classified had significantly lower 30-day and 1-year mortality than those down-classified. Similar reclassification results were observed when the novel metric was compared with 30-day risk-adjusted readmissions and mortality.

Pandey noted that there’s been tremendous evolution in TAVR technology in the last couple of years but also a plateau in technical expertise or preclinical nuances that makes it difficult to distinguish hospital performance based on just volume. Overall outcomes have also improved.

“This is a complimentary metric to the existing volume, mortality, and readmission measures because this is probably the most patient-centered metric but also the one that has the widest distribution,” he said. “So, there’s better granularity in distinguishing high versus low performance, even at the right side of the spectrum where the performance is generally higher.”

“Honestly, patients want to be alive, healthy, and at home as soon as possible after a procedure, especially a less invasive procedure like TAVR, and this metric provides that and is very easy to interpret both on the healthcare provider side as well as the patient side,” he told theheart.org | Medscape Cardiology.

An outcome metric that tracks home time may also better align patient and provider incentives, Sherwood suggests in an accompanying editorial, co-authored with Amit Vora, MD, MPH, University of Pennsylvania Medical Center Heart and Vascular Institute. In the absence of a bundled payment schema for TAVR with a financial penalty for unplanned 30-day hospital readmission, healthcare professionals are incentivized to minimize length of stay and discharge patients to home. Early discharge to another care facility may also trigger the post-acute care transfer penalty.

The study, however, relied on administrative claims for comorbidities and diagnoses, Sherwood notes, and data for the multivariable model used for validation lacked granular clinical characteristics. Also, only Medicare beneficiaries were included, highlighting the need to measure 30-day home time in larger, more diverse populations.

That said, it’s an important first step. “I think it could honestly move forward and be used as a really nice patient-facing and provider-facing metric to help both providers and patients understand what quality is after TAVR,” Sherwood said in an interview.

Pandey said other next steps include seeing how 30-day home time tracks with other patient-reported, quality-of-life measures and understanding differences in the drivers of low home time across different hospitals and among every race group.

“It’s important to understand that if you don’t have access to care, your home time may be artificially elevated” and “if you can’t afford to be in an SNF, you end up staying at home, even though you may be suffering,” he said. “So I think we need to be cognizant about the limitations of this metric and make sure that it doesn’t exacerbate disparity.”

Pandey has served on the advisory board of Roche Diagnostics; received nonfinancial support from Pfizer and Merck; and received research support from the Texas Health Resources Clinical Scholarship, the Gilead Sciences Research Scholar Program, the National Institute on Aging GEMSSTAR Grant, and Applied Therapeutics. Co-author disclosures are listed in the original article. Sherwood has received honoraria/consulting fees from Medtronic and Boston Scientific. Vora has received consulting fees from Medtronic.