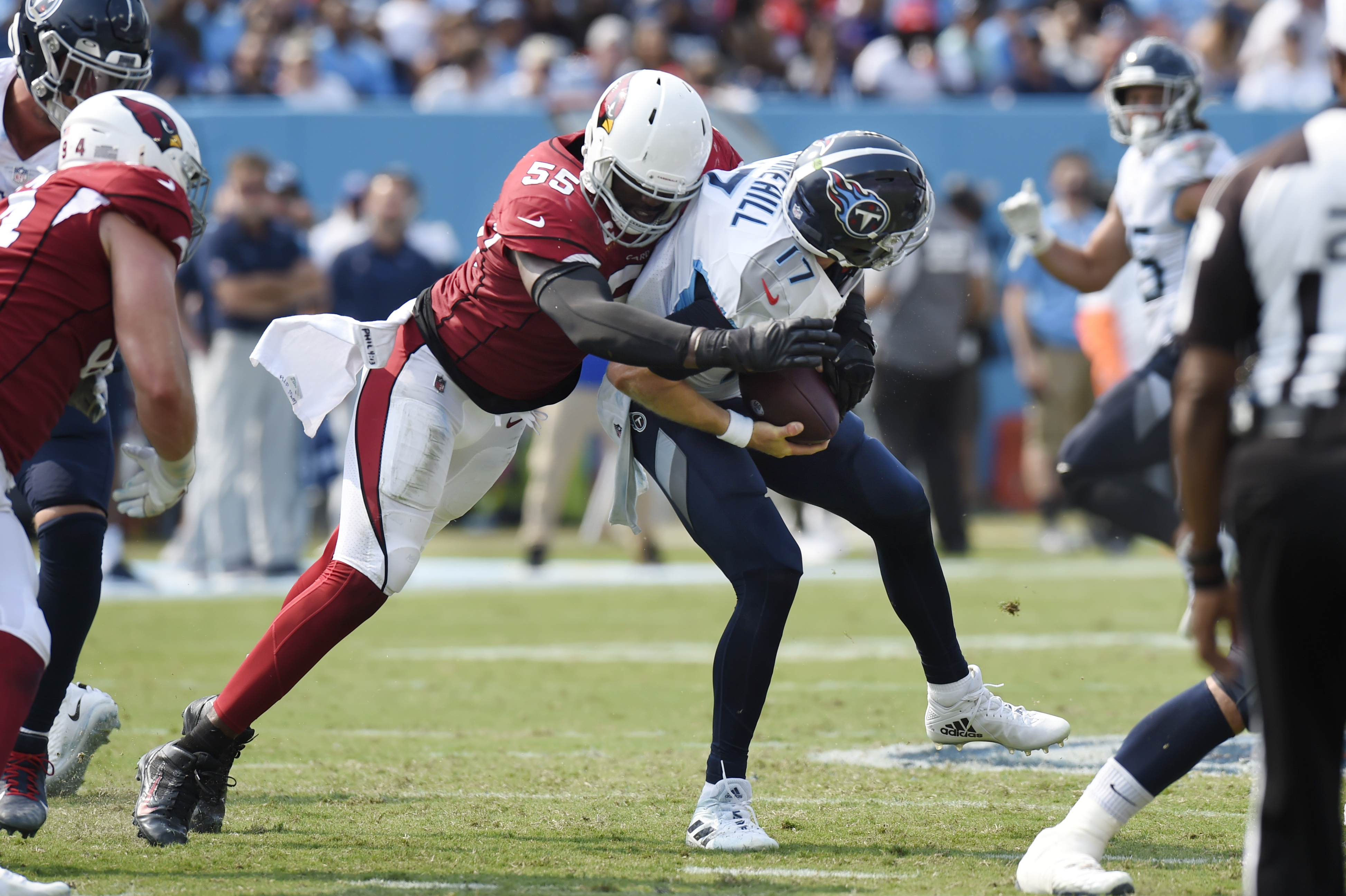 Tennessee Titans offensive tackle Taylor Lewan is looking at Sunday’s 38-13 loss to the Arizona Cardinals as a learning opportunity.

Lewan and the Titans offensive line struggled to block Chandler Jones throughout the game. The pass-rusher ended up with five sacks and helped wreck Tennessee’s game plan from the start.

Lewan admitted Jones exposed him, which will only give him a chance to improve:

Got my ass kicked today, no way around that. I let the team and the fans down. Thank you @chanjones55 for exposing me. It will only force me to get better.

Arizona also jumped out to a significant lead in the first half, which helped neutralize star running back Derrick Henry and allowed Jones to key in on quarterback Ryan Tannehill in obvious passing situations.

Struggling to block Jones is nothing new for NFL offensive lines. After all, the three-time Pro Bowler and two-time All-Pro selection has six seasons with double-digit sack totals, including when he led the league with 17 in 2017 and when he posted 19 in 2019.

If Sunday’s showing was any indication, he will have double-digit sacks again this season.