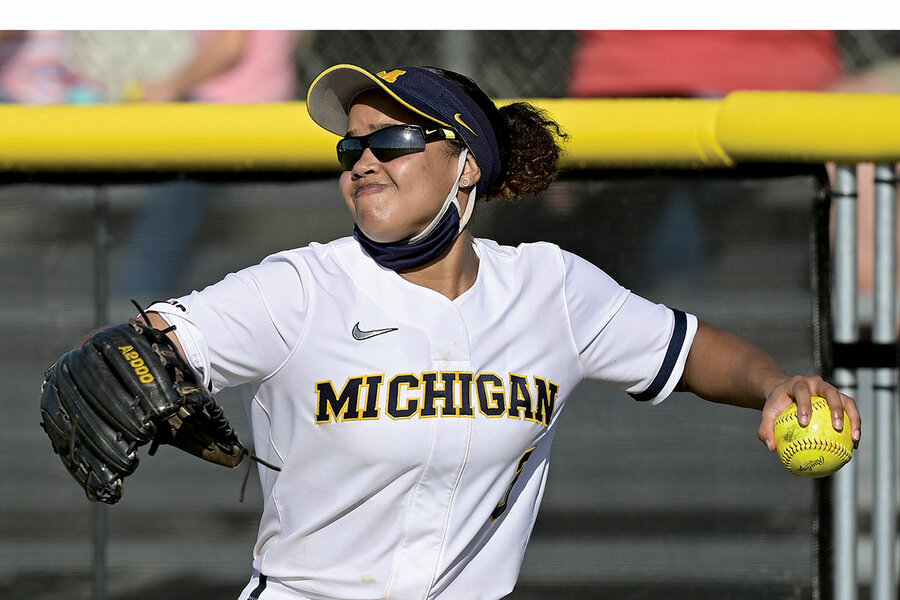 Lexie Blair, a star softball player at the University of Michigan, grew up hitting and throwing on diamonds in Florida, where she was often one of the few women of color on the field.

“I’ve always been the Black girl pretty much on every single team, and if not, there’s probably just one other,” says Ms. Blair, who is interested in a career in sports communication after college. “So it is difficult sometimes … to get a big group of people to understand [your perspective] when you just feel like it’s only you.”

Although participation by women in college sports has increased by more than 600% since the passage of Title IX in 1972, a racial gap remains among girls and women on athletic fields. Less than one-third of all collegiate female athletes are women of color, according to a 2022 report by the Women’s Sports Foundation.

“Title IX has been … a profound success, but not equally for all people,” says Sherry Boschert, author of “37 Words: Title IX and Fifty Years of Fighting Sex Discrimination.” “If we want it to … realize its full promise, we have to deal with those intersectional discriminations.”

Alpha Alexander knows the disparities. When she arrived at the College of Wooster in Ohio in 1972, she brought an impressive sports résumé: She had been citywide tennis champion in Dayton. As one of the few Black female students on campus, though, she felt pressure to excel. She decided to forgo sports to concentrate on her studies her first semester there. “Our parents … wanted to make sure that we would succeed in life. So education was a high priority,” says Dr. Alexander, who has spent her career in sports administration.

But with 13 sports available to women at Wooster, she eventually laced up her athletic shoes. She played basketball, volleyball, lacrosse, and tennis. Being the only Black athlete on her teams, she wrote her 1978 master’s thesis on women of color in collegiate sports.

Her studies led her to Temple University in Pennsylvania, where she met and worked with Professor Tina Green, the women’s lacrosse coach and the first African American to play for the U.S. women’s national field hockey team. Dr. Alexander ended up working as an assistant in the athletic department there. “We didn’t see anybody that looked like us on that administrative level,” she says.

So together with Professor Green, Olympic fencer Nikki Franke, and prominent lawyer and former track athlete Linda Sheryl Greene, she co-founded the Black Women in Sport Foundation in 1992. As the group marks its 30th anniversary, Dr. Alexander and Professor Green believe lack of access, financial support, and cultural acceptance still holds back women of color in sports.

“My agenda right now is to make sure that young girls pre-K through eighth grade have access to a variety of sports,” says Professor Green. “I know it works. My daughter [Traci Green] would not be the head coach of Harvard tennis had she not been exposed to sports at an early age.”

Title IX at 50: How 37 words changed the world for women
After record floods, Yellowstone National Park to reopen soon