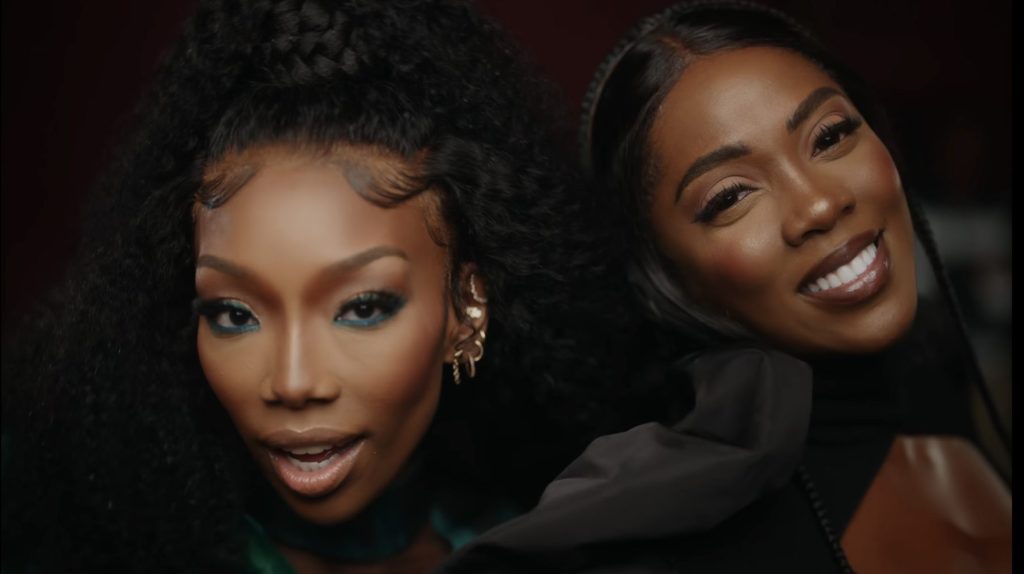 Tiwa Savage considers her latest collaboration to be “so beautiful, so spiritual.” When she first heard Brandy’s vocals on “Somebody’s Son,” the Nigerian phenom couldn’t contain her excitement and admitted, “It hits [her] like it’s a gospel song.” Now, the visual has arrived.

Following a playful YouTube Live event, “Somebody’s Son: Shoot Your Shot Hotline” on late Tuesday (Oct. 12), the women premiered the music video in all of its Black love and “brown skin girl” glory. The highly-anticipated four-minute video—directed by Nigerian filmmaker Meji Alabi— brings the song’s playfulness and raw emotion to life with displays of familial love, romantic love, and sisterhood.

Tiwa is seen braiding Brandy’s hair. A father and son with matching durags tug on your heart strings. A man is seen embracing his pregnant partner while another couple is seen getting engaged. However, it’s the scene of an array of Black men and boys embracing one another that really might be the fan-favorite.

In a statement, Tiwa describes the collaboration with Brandy as a “full-circle moment with her all-time idol.” The universal yearning for companionship as she sings, This won’t be another heartbreak song / Somebody son go love me one day, is “a message of hope,” Tiwa adds.

Watch the “Somebody’s Son” video in its entirety above.