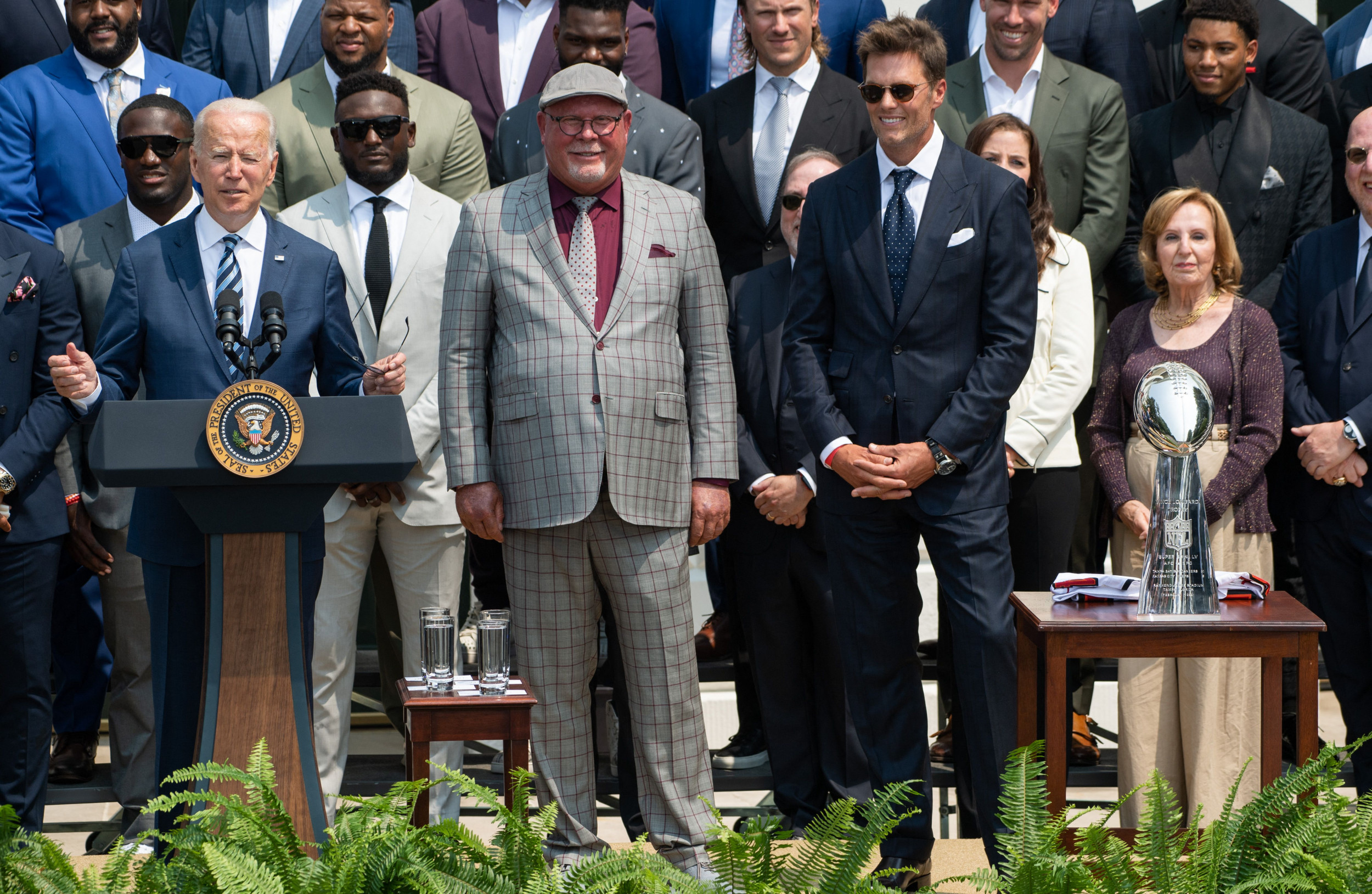 Tampa Bay Buccaneers quarterback Tom Brady on Tuesday poked fun at those who have continued to dispute the results of the 2020 presidential election.

Brady, along with the rest of the Bucs team, visited the White House as a result of winning the Super Bowl. While speaking in front of reporters outside the White House, Brady joked that some people still don’t believe the Bucs won the Super Bowl, alluding to those who still believe that the presidential election was stolen and President Joe Biden didn’t legitimately win.

“We found our rhythm, we got on a roll. Not a lot of people think that we could’ve won,” Brady said in regard to winning the Super Bowl on February 7. “In fact, I think about 40 percent of the people still don’t think we won.”

Brady, who has been part of seven Super Bowl-winning teams, continued his speech, “Personally, it’s nice for me to be back here.”

Since Biden took office in January, former President Donald Trump and others have disputed the results of the election, claiming it was stolen. A Monmouth University poll from March found that 65 percent of Republican voters said Biden’s win in the election was the result of voter fraud. The poll also found 29 percent of Republicans saying that they refuse to accept Biden as the legitimate president.

Despite the poll’s findings, numerous election officials and Trump’s attorney general, Bill Barr, said that there was no evidence of widespread voter fraud in the 2020 election.

“We had a game in Chicago where I forgot what down it was. I lost track of one down in 21 years of playing,” Brady said. “And they started calling me ‘Sleepy Tom.'”

While laughing, Brady then looked at Biden and asked, “Why would they do that to me?”

Despite Brady’s comments on Tuesday, he was previously seen as a Trump supporter. In 2015, a Make America Great Again hat was spotted in Brady’s locker while a member of the New England Patriots.

Matthew Gertz of Media Matters posted a similar tweet: “There aren’t a lot of things I think could make Trump much angrier than Brady and Biden yukking it up together at his expense.”

Newsweek reached out to the White House for comment but did not receive a response in time for publication.