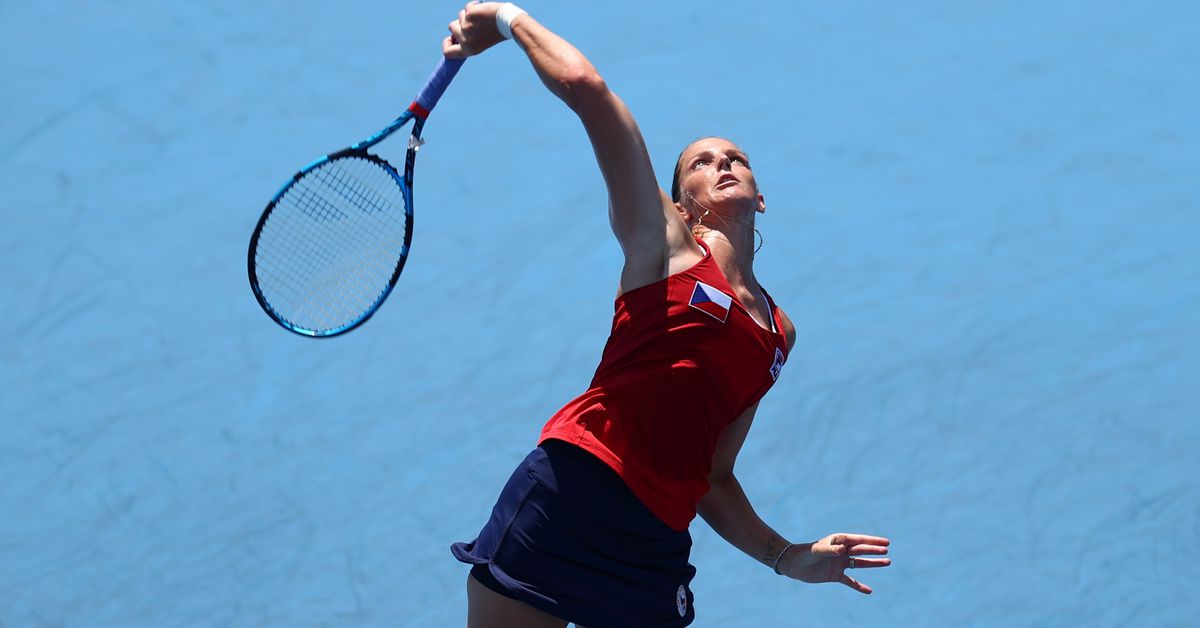 Oct 11 (Reuters) – Big servers Karolina Pliskova, Bianca Andreescu and Reilly Opelka saw their most potent weapon neutralized by strong desert winds on Monday as they all crashed out of Indian Wells.

The biggest upset of the day came when tournament lucky loser Beatriz Haddad Maia, ranked 115 in the world, defeated top seed Pliskova 6-3 7-5 in a match where service holds were rare as wind gusts reached 40 miles per hour.

Pliskova, who reached the Wimbledon final in July, issued 12 double faults to five aces and was broken eight times by the Brazilian in their third-round meeting.

Haddad Maia will next face Anett Kontaveit after the Estonian beat defending champion Bianca Andreescu 7-6(5) 6-3 to extend her win streak to eight matches.

Kontaveit, who already has two hard court titles to her name this season, won the last five games of the match to see off the tournament’s 2019 champion from Canada, who also captured the U.S. Open crown that year.

The win spelled vengeance for Dimitrov, who lost to Opelka in straight sets at the Canadian Open in August.

Dimitrov will next face either top-seeded Daniil Medvedev or 27th-seeded Filip Krajinovic, who play later on Monday.

Evans, who reached the fourth round of the U.S. Open last month, fought back from 5-2 down to win the first set and maintained the momentum to break the Argentine 11th seed’s serve in the opening game of the second.

Kerber came out on top in a see-saw contest where she dropped the second set after winning just 11 of 28 first serve points. The German fended off double break point to close out the match.

American John Isner, seeded 20th, withdrew prior to his third-round match scheduled for Tuesday against Jannik Sinner to return home for the birth of his third child.