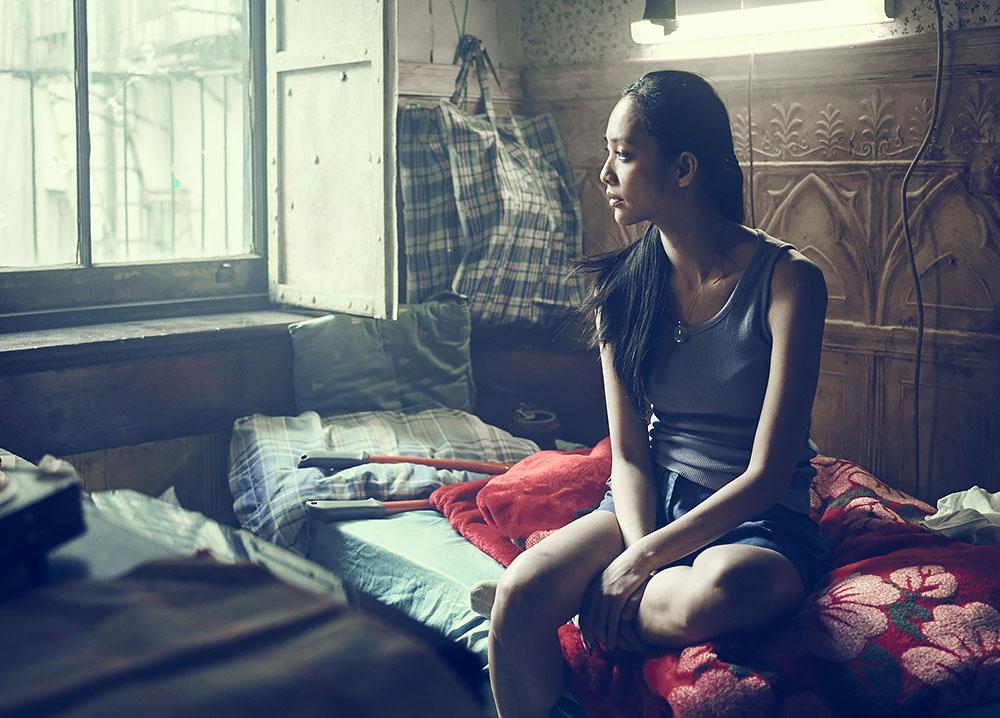 Asian American director Evan Jackson Leong struggled for over a decade to get his narrative feature debut Snakehead shot and shown this week at the Toronto Film Festival.

But Leong, who grew up in San Francisco and graduated from UCLA, isn’t surprised. Even with Crazy Rich Asians and Shang-Chi having been box office juggernauts, he knows it’s hard to bubble up as a Asian American filmmaker in a Hollywood obsessed with the bottom line.

“I know it. I’m the underdog. This is my journey. I know I’m up against a lot. To succeed, I have to be twice as good. That’s the nature of growing in this industry as a filmmaker,” Leong told The Hollywood Reporter ahead of a Bell Lightbox screening on Tuesday night.

Leong, best known for the Sundance documentary Linsanity, about the rise of NBA basketball star Jeremy Lin, has written and directed a modern-day gangster pic that portrays Sister Tse, a young woman played by Taiwanese star Shuya Chang, who ruthlessly rises through the ranks of a gang that smuggles her and other illegal immigrants from China to New York City’s Chinatown.

Along the way, Sister Tse, barely surviving under the heel of Dai Mah, a cruel female gang leader played by Jade Wu, becomes a self-made human trafficker, or what in Chinatown they call a snakehead, to rise above the misery and vice around her. But success isn’t the only reason Sister Tse came to America, as she needs to reconcile between her own survival and that of her family.

Leong’s thriller juxtaposes Chinatown’s criminal underworld and the American dream as Sister Tse, faced with a them-or-me choice for survival, puts her own interests before those of the gang and Dai Mah. “She’s the outlaw that comes to town and then she leaves town after she destroys the system represented by Dai Mah. It’s a very American gangster story,” Leong explained.

The Snakehead writer and director plays with the moral ambiguity of Sister Tse and Dai Mah, whose character is inspired by the real-life Cheng Chui Ping, a.k.a. Sister Ping. She ran a notorious smuggling ring in New York City’s Chinatown before her arrest and ultimate imprisonment in 2005 on federal conspiracy convictions.

Sister Ping, who died in prison in 2014, was never as sinister as the myth created by New York City tabloids, Leong argued.  “When I talked to people who knew her, who got smuggled by her, she was just another cog of the wheel of international smuggling. She was never as good or as bad as the headlines,” he said.

Samuel Goldwyn Films and Roadside Attractions have already picked up the North American rights to Leong’s crime thriller, ahead of a VOD release on Oct. 29, just after TIFF. And the Snakehead director looks forward to more Asian American stories being told by filmmakers like himself.

“What does a White writer from Silver Lake know about the Chinese community? So it’s up to people like me that grew up in it, understand our community and can tell the big stories, or at least a window in,” Leong argued. And he sees strides being made by his peers in Hollywood as Asian American writers, directors and producers reach positions of power.

“But they still have the bottom line to get to,” Leong warns. And despite having taken a decade to get Snakehead made and released, Leong remains driven by a passion to tell more stories. “That’s the theme of my life. It’s a constant challenge. At this point, I don’t know anything else and it’s too late to change. You have to love this more than success. You have to love telling stories. You have to love the craft,” he said.

The Toronto Film Festival continues through to Sept. 18.