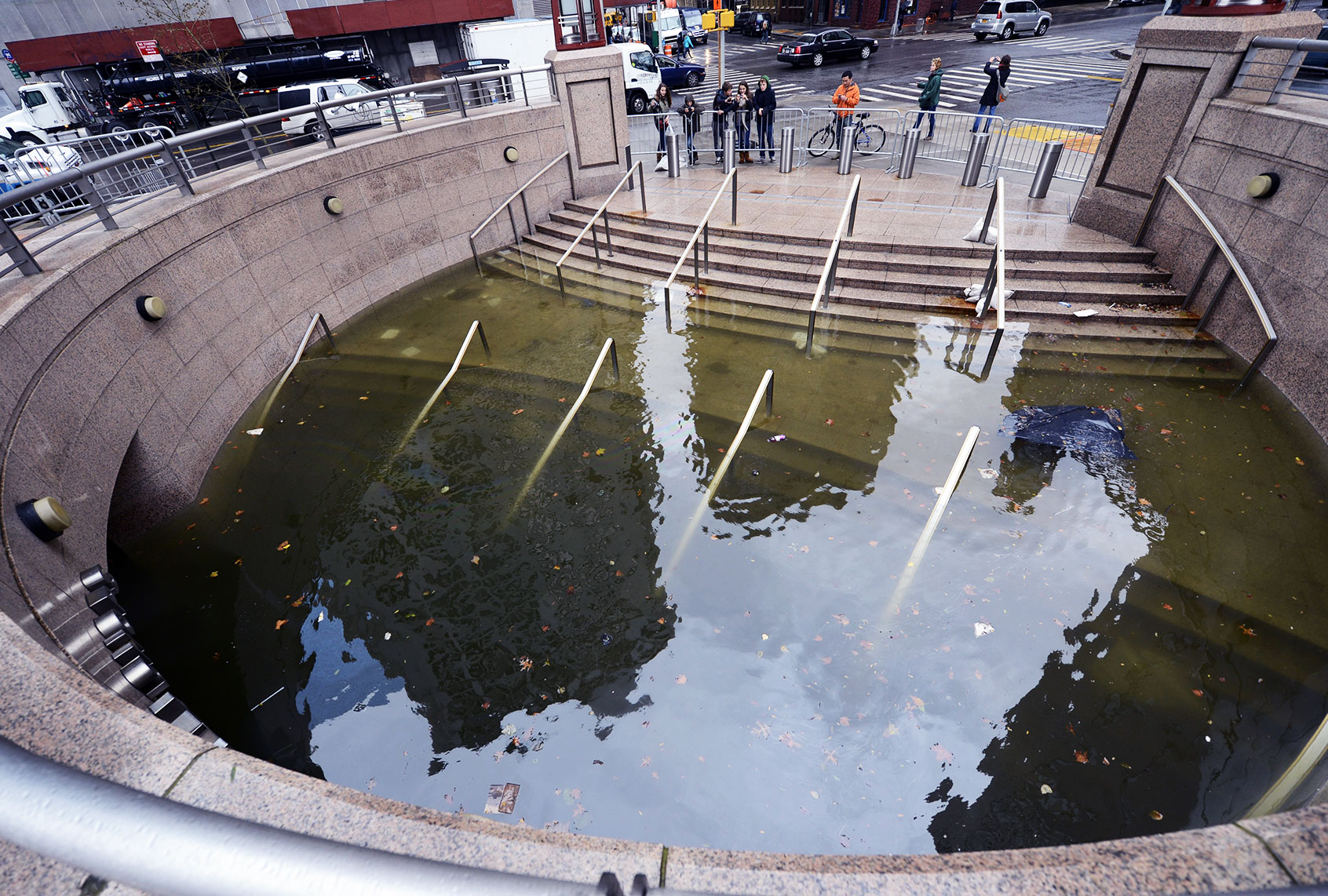 Chevron has long dominated oil production in Lost Hills, a massive fossil fuel reserve in Central California that was accidentally discovered by water drillers more than a century ago. The company routinely pumps hundreds of thousands of gallons of water mixed with a special concoction of chemicals into the ground at high pressure to shake up shale deposits and release oil and gas. The process — called hydraulic fracturing, or fracking — produces thousands of barrels of oil every day. But it also leaves the company saddled with millions of gallons of wastewater laced with toxic chemicals, salts, and heavy metals.

Between the late 1950s and 2008, Chevron disposed much of the slurry produced in Lost Hills in eight cavernous impoundments at its Section 29 facility. Euphemistically called “ponds,” the impoundments have a combined surface area of 26 acres and do not have synthetic liners to prevent leaking. That meant that over time, salts and chemicals in the wastewater could leak into the ground and nearby water sources like the California Aqueduct, a network of canals that delivers water to farms in the Central Valley and cities like Los Angeles.

And that’s exactly what happened, according to new research published in the academic journal Environmental Science & Technology this month. Carcinogenic chemicals like benzene and toluene as well as other hydrocarbons have been detected within a half a kilometer of the facility. About 1.7 kilometers northwest of the facility, chloride and salt levels are more than six times and four times greater than background levels, respectively. The research leaves little doubt: The contaminants are migrating toward the aqueduct.

“Clearly, there’s impact to groundwater resources there,” said Dominic DiGiulio, lead author of the paper and a researcher at the nonprofit Physicians, Scientists, and Engineers for Healthy Energy. “At the section 29 facility, you have to go 1.8 kilometers away from the facility to find background water quality. That’s pretty far.”

The facility shuttered in 2008, and it no longer accepts wastewater. Chevron has continued to monitor the contaminant plume and submits yearly water quality reports to the Central Valley Regional Water Quality Control Board, a local groundwater quality regulator. In a 2019 report, the company claimed it would cost more $800,000 to monitor the plume and report to the regulator for the next 30 years.

Jonathan Harshman, a spokesperson for Chevron, said the company was reviewing the study and that it “has complied and will continue to comply with” the Central Valley Water Board’s requirements for maintaining and monitoring leaks at the Section 29 facility.

The Section 29 facility isn’t an isolated case. Between 1977 and 2017, over 16 billion barrels of oilfield wastewater was disposed in unlined ponds in California. The vast majority of these are located outside of Bakersfield in the state’s Central Valley: According to DiGiulio’s research, there are at least 1,850 wastewater ponds in the San Joaquin Valley’s Tulare Basin. Of those, 85 percent are unlined and about one-fourth are active, like the Section 29 facility. However, despite not being operational, many of them may be leaking into the ground. Wells that monitor groundwater quality are few and far between, so it’s difficult to know the exact scope of the pollution. But DiGiulio warns that the ponds constitute “a potential wide-scale legacy groundwater contamination issue.”

This month’s study is the first to quantify the number of unlined pits in California and analyze their effects on groundwater. The findings bolster 2015 research by California Council on Science & Technology and the Lawrence Berkeley National Laboratory, which concluded that unlined wastewater pits posed a threat to groundwater sources and called for investigations into whether contaminants have leaked from disposal ponds. Research conducted by the United States Geological Survey for the Central Valley Water Board has also found evidence of oil and gas wastewater contaminating groundwater.

Disposal of oil and gas wastewater is a national problem. Companies use anywhere between 1.5 million and 16 million gallons of water to frack a single well, and they have struggled to find economical and environmentally safe ways to dispose of the toxic fluid. The vast majority of the wastewater — both in California and nationally — is injected underground into porous rock formations, but companies also recycle and reuse the water to grow crops, de-ice roads, and suppress dust. California appears to be the only state that permits operators to store the waste in unlined pits, according to DiGiulio.

Patrick Pulupa, an executive officer with the Central Valley water board, defended the practice and noted that the wastewater ponds are only allowed in areas where the groundwater has been deemed too salty for irrigation or household use. In cases where the contamination has threatened usable water, he said, the Board has cracked down with cease-and-desist and investigative orders. “Board staff continue to look in detail at whether additional produced water discharges are a threat to usable groundwater and will continue to issue enforcement orders where appropriate,” he added.

The definition of groundwater that is “too salty” for use varies across California. Federal regulations consider water with less than 10,000 milligrams of dissolved solids per liter of water as protected for potential irrigation, industrial, and household use. As a result, companies are typically not allowed to dispose of wastewater in underground formations if it threatens groundwater that is below the 10,000 mg/L threshold — unless they secure an exemption from the state.

For unlined wastewater pits, however, that threshold has been set at 3,000 mg/L. The inconsistency allows oil and gas companies to pollute potential sources of groundwater, according to DiGiulio, and “appears to be the major driver for this continued disposal practice.”

“The fundamental problem is that the condition under which California groundwater is to be protected is not sufficiently stringent,” he said, adding that the state water board has the authority to increase the threshold to better protect groundwater near wastewater pits and should do so.

From Pulupa’s perspective, the 3,000 mg/L threshold is not dissimilar to the standard for disposal into underground formations in practice. Though federal regulations set the limit at 10,000 mg/L, companies are routinely granted exemptions if they can demonstrate that the groundwater is not expected to be used as a source of drinking water. The exemptions apply if the water has a dissolved solids concentration between 3,000 and 10,000 mg/L, and the controversial practice has allowed oil and gas companies to pump wastewater into hundreds of aquifers across the country. As a result, the “protective standards are relatively similar,” and the Central Valley Water Board is “unaware of any effort” to modify the definition of protected groundwater near wastewater pits, he said.