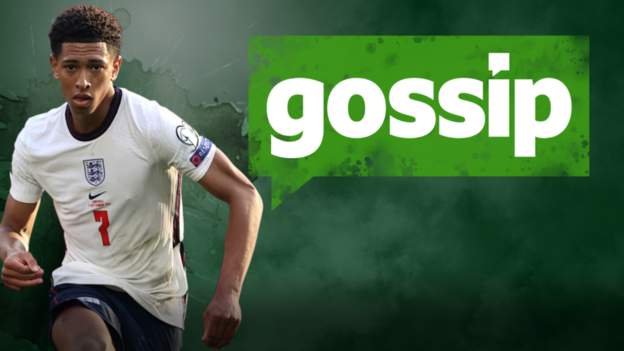 The Reds are also in a three-club-battle with Bayern Munich and Barcelona to sign Red Bull Salzburg and Germany wonderkid Karim Adeyemi, 19, who has scored six goals in six league games this season. (Bild, via Mirror)

Real Madrid are reportedly willing to offer Paris St-Germain and France forward Kylian Mbappe, 22, a deal worth 30m euros per year if he joins Los Blancos on a free transfer next summer. (Fichajes – in Spanish)

Chelsea will continue to monitor Sevilla and France centre-back Jules Kounde, 22, over a potential deal in January after missing out on their top defensive target this summer. (Evening Standard)

The Blues could make a move for promising Monaco midfielder Aurelien Tchouameni next summer. The 21-year-old Frenchman was on Chelsea’s transfer list but the club felt he could gain more experience with another year in Ligue 1. (The Athletic – subscription required)

However, Juventus are also said to be interested in Tchouameni, with the Italian giants set to stage their own attempt to sign the midfielder. (Calciomercato via Sportsmole)

Manchester City missed out on Wesley Ribeiro Silva this summer after their £6.5m bid for the 22-year-old Brazilian winger was rejected by Palmeiras. (Marca, via HITC)

Real Madrid midfielder Marco Asensio, 25, turned down the chance to join Tottenham or AC Milan in the summer, with the Spaniard unsettled at Real Madrid. (Marca)

Real Madrid are prepared to sanction a January loan move for Spanish midfielder Dani Ceballos. The 25-year-old has returned to the Bernabeu after spending two seasons on loan with Arsenal, with Real Betis keen to sign him. (Defensacentral – in Spanish)

French midfielder Papy Mendy, 29, could seal a last-minute exit from Leicester City with the midfielder on course to join Galatasaray on a year-long loan. (Leicester Mercury) 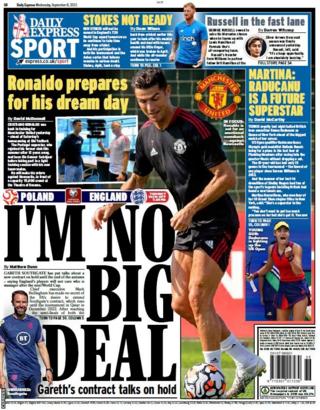