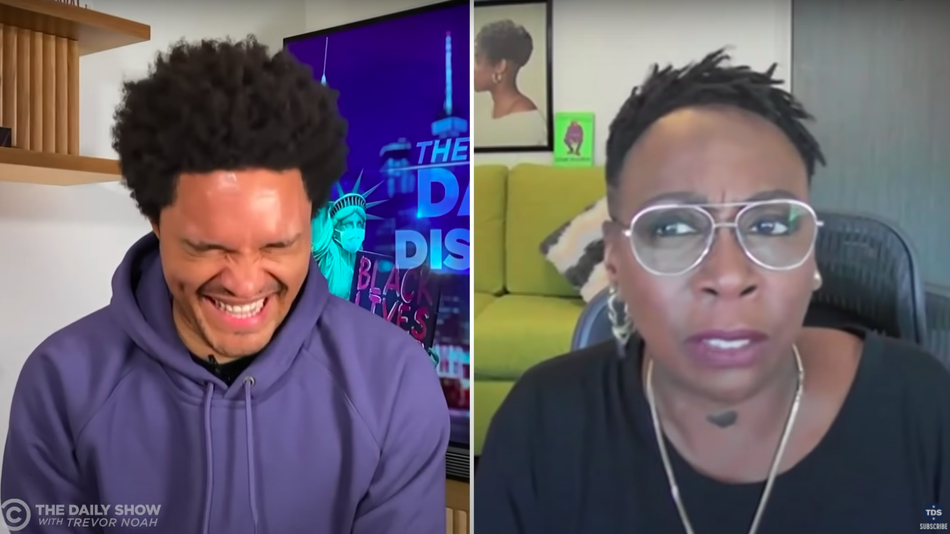 British comedian Gina Yashere has done a lot during the pandemic, including writing her memoir Cack-Handed, and signing a third season of CBS sitcom Bob Hearts Abishola with co-creator Chuck Lorre. A former Daily Show correspondent, she joined host Trevor Noah for a chat about it all on Wednesday, and it’s just one of the nicest, most genuine interviews you’ll watch in an age.

Although Yashere is very funny, the pair talk about serious things including coming out to her Christian Nigerian mum, and moments from from her book including the fact that she had a truly hard time in her teen years.

“Talk me through that journey as a person, and if old Gina could go back and talk to teenage Gina now, what would she tell her?” asks Noah.

“I’d just say, ‘Look, you’re feeling the pressure now. You feel like the world is on top of you and you’re never gonna get out of this, but trust me it gets better. Keep being you, one day people are gonna love you for being you, regardless of what you are.'”

Cack-Handed is out now in bookstores.