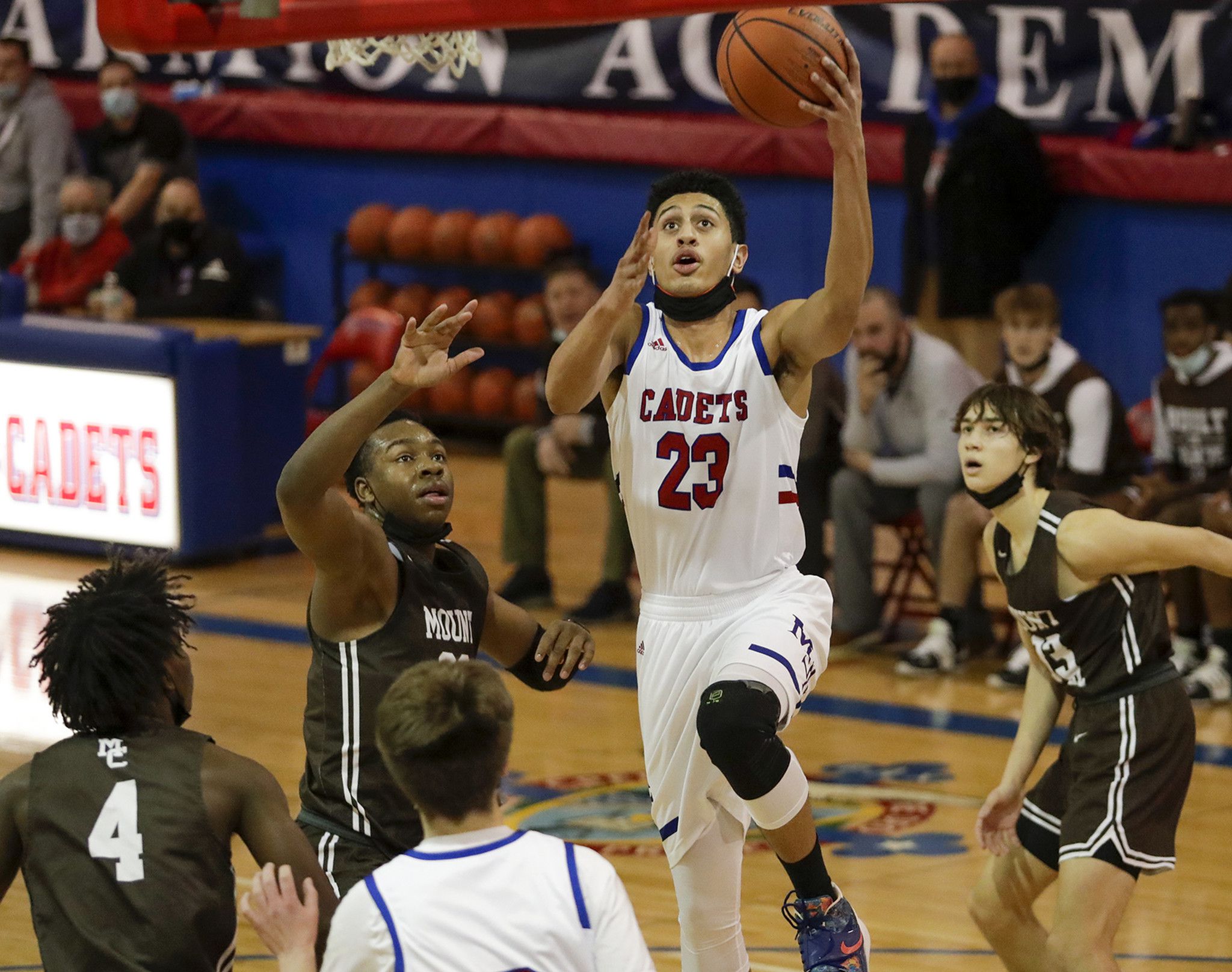 The host Cadets didn’t need to read the expanding press coverage of undefeated Mount Carmel to know they would have their hands full Tuesday night.

“We just had to come out and play our game,” Roots said. “Do what we can and just act like they’re not undefeated. Come at them as strong as we can and the best that we can.”

The 6-foot-5 junior forward had a team-high 15 points, six rebounds and three blocked shots as the Cadets’ upset bid came up short in a 64-56 loss to the Caravan.

Some chilly 3-point shooting in the Catholic League crossover game put Marmion (7-7) behind in the first half but their defense helped keep the Caravan (17-0) within striking distance, setting the stage for a fourth-quarter run.

“You can’t let the hype get to your head,” Roots said, referring to metro newspaper story that morning featuring Mount Carmel. “If you think it’s a big team, you run the risk of playing scared.

“We had to go with the mindset that it was just another team.”

It helped keep the game close, but Caravan star DeAndre Craig proved this was not just another opponent.

“He creates and he runs their offense,” Marmion coach Joe Piekarz said of Craig. “You try to limit his touches as much as possible, but you can only do so much.

“At that point, you have to play good team defense and hope he doesn’t do too much damage, but you know he’s going to do some.”

Craig, a 6-1 junior guard, did enough. He made three 3-pointers and attacked the basket, finishing with a game-high 24 points to go with six rebounds and four assists.

“I would do like a lot of double teams on the screens and try to help out,” Roots said, explaining the Cadets’ concept on defense. “But that leaves their big men open, so you have to rely on help and that makes it a little bit of a struggle.

“(Craig) is really good. I have a lot of respect for him.”

Senior guard/forward Sean Kavanaugh made two 3-pointers and junior guard Collin Wainscott added one in the third quarter as Marmion kept it close.

Mount Carmel’s biggest lead was 13 points in the second quarter, but Wainscott fed Roots for a baseline drive and lay-in midway through the fourth quarter to cut the deficit to 54-50.

Roots then delivered a layup on a feed from Jabe Haith with 1:31 remaining to make it 58-54, but the Caravan converted six straight free throws down the stretch.

Wainscott finished with 13 points and the 6-2 Kavanaugh had 11.

“We do a nice job of defending, and if you can defend, you give yourself a chance in every single game,” Piekarz said. “We weren’t shooting the ball very well, so we didn’t want to let the game get out of hand.

“In the first half, I thought we defended the interior pretty well with Trevon and Kavanaugh, who is undersized but he uses his strength well. Then, when Wainscott and Kavanaugh started knocking down some shots, we made a game of it.”

“It came down to who could make plays down the stretch,” Piekarz said. “There’s a reason they’re 17-0. Craig is outstanding and they made some plays.

“We got close but my guys were disappointed. We’d like to finish and will keep working at it. That’s the thing about the Catholic League. It doesn’t stop. Those good teams keep coming at you.”