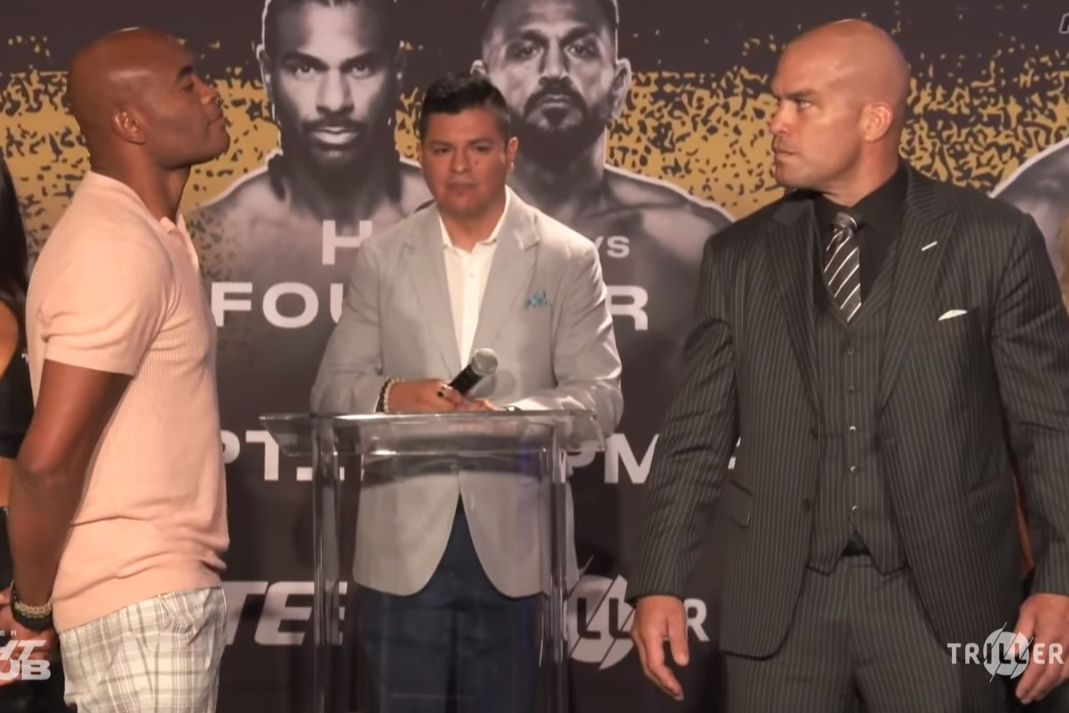 In what can be considered an unlikely scenario, UFC legends Anderson Silva and Tito Ortiz are set to meet in the boxing ring on Triller Fight Club pay-per-view. But before they do, the former UFC champions faced off for the first time Thursday after the pre-fight news conference at the Fort Lauderdale Marriott Harbor Beach Resort and Spa.

You can watch their staredown in the video above.