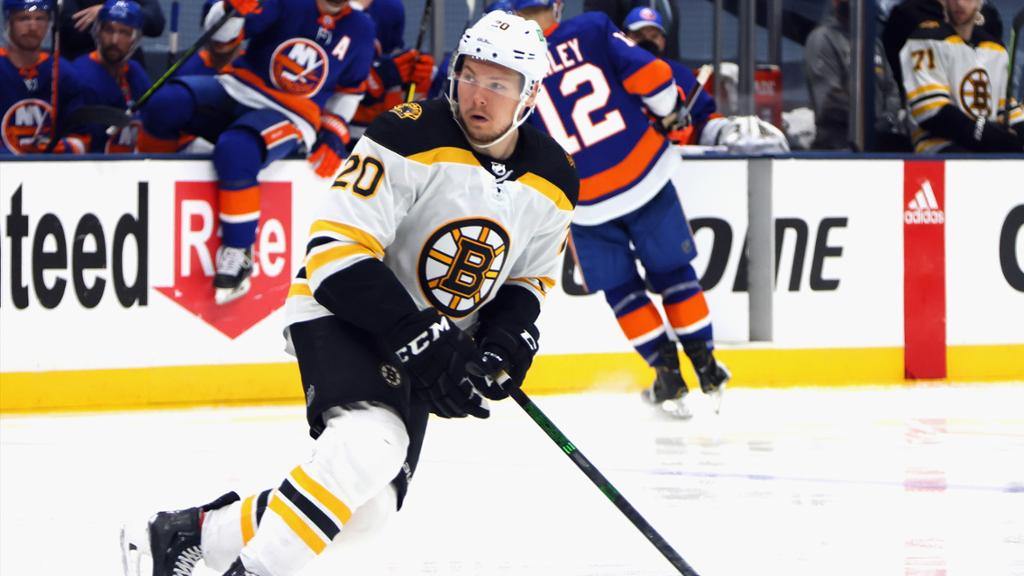 BOSTON – The Bruins’ uphill climb got a little steeper on Tuesday when coach Bruce Cassidy announced that defensemen Brandon Carlo and Kevan Miller and center Curtis Lazar will not be available for Boston’s do-or-die Game 6 matchup against the New York Islanders on Wednesday night at Nassau Coliseum.

Carlo (out since Game 3 against the Islanders) and Miller (sidelined since Game 4 against the Capitals) are still not ready for a return to game action, while Lazar suffered a lower-body injury in the second period of the B’s Game 5 loss on Monday night during a collision with Islanders defenseman Adam Pelech.

“He’ll be unavailable, he’s not going to travel with us,” Cassidy said of Lazar. “Obviously, we’ll list him as day-to-day, lower-body. He went in awkward into the boards. Good hit, him and Pelech both. Got tangled up. Unfortunate for Curtis, he came out on the wrong side of it. So, we’ll have to look at our lineup accordingly.”

Tuukka Rask was replaced by Jeremy Swayman ahead of the third period of Game 5 for what Cassidy termed as “maintenance.” The B’s ace netminder was at Warrior Ice Arena for treatment and a video session with goalie coach Bob Essensa on Tuesday morning.

Whether or not Rask will get the start between the pipes for Game 6 will be determined on Wednesday morning. If Rask is unable to go, Swayman – who made his postseason debut with his relief outing – would get the call.

“He’s going through the same prep he always would during the season,” said Cassidy. “He’s getting his reps, he’s on the ice getting the work he needs. He’s always got to be ready, he’s the No. 2. Nothing really changes there. Obviously, there’s more urgency if you’re starting, about tendencies with shooters that Bob will go over, but he’s been here all along. He’s been in every meeting, he’s watching the games.

“Some of it is just their job as a No. 2, and a 3 for that matter, to pay attention to those details that pertain to you. Just like [Karson] Kuhlman, who came in – he’s got to be watching what the defense is doing, what are they doing on their breakouts so that when he jumps in, it’s not all foreign to him.

“They sit in on the meetings, so it’s nothing out of the ordinary other than obviously, you’ve got to be ready to go because now it’s live. That would be the only difference.”

One for the Road

The Bruins have been in this position before, having won two road Game 6s facing elimination during their Stanley Cup Final run in 2019 (the first round vs. Toronto and the Final against St. Louis). While they would rather not have their backs against the wall, the B’s know what it takes to extend the series in enemy territory.

“Our guys have been through it. And the core group has been through it in other playoff series,” said Cassidy. “They know what’s at stake. We need to go win a game – that’s it. There’s nothing else other than, we’re not looking ahead or behind now, either. We’re going up to New York to win a game. We have to. We won Game 3 up there, we were right there in Game 4 in the end. We look at Game 5, we felt we played well enough to win.

“In terms of the mindset of the guys, they know that we can outplay the opposition. We just have to get out and do it. We’ve got to minimize some of our mistakes from our blue line back, obviously. Do our best to stay out of the box; obviously, their power play is clicking. Keep getting to the net to create our offensive opportunities.

“At the end of the day, we need to be one goal better than them. How we get there, we’ll talk about. But our guys know the challenge in front of them. Certainly capable of getting the win, just have to prepare accordingly and get it done.”

The National Hockey League fined Cassidy $25,000 on Tuesday morning “for public comments critical of the officiating following Game 5.” The B’s bench boss felt that he expressed his displeasure in a respectful manner, while being honest when asked the question about the way the game was called by referees Francis Charron and Francois St. Laurent.

“I guess most of what I thought I said was more in reference to the Islanders, a little gamesmanship with Barry [Trotz’s] comments towards [Patrice Bergeron’s faceoff strategies]. I’m always going to protect my captain and kind of push back a little bit,” Cassidy said on Tuesday.

“Listen, we’re in front of the cameras a lot in the media, it’s an entertainment business. It’s been a good series, so there’s a little bit of that back and forth. That’s where a lot of that was directed. Obviously, I felt there were some calls that didn’t go our way that have gone against us when it comes to high sticks…I voiced that and I was held accountable for it.

“Usually when you get fined, you say something to the effect of embarrassing or a joke. I didn’t say any of that. I actually think those two officials are excellent officials. I think they missed a couple of high sticks along the way here in this series. I pointed that out.

“We were told before that we have to keep our comments civil, I thought it was. They didn’t see it that way…I answered as honestly as I could. And that’s it.”

Bruins winger Nick Ritchie was also fined $5,000, the maximum allowable under the CBA, for an elbow on Islanders defenseman Scott Mayfield during Game 5.