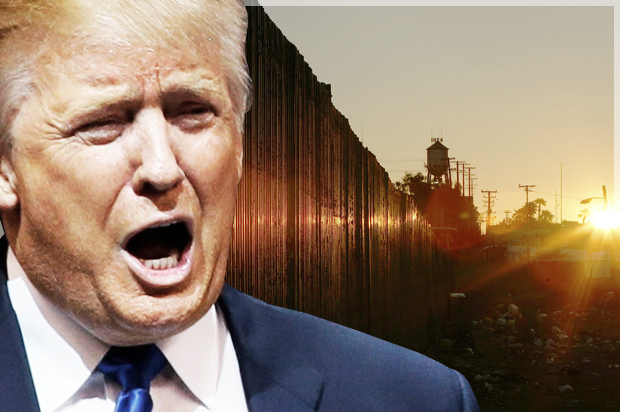 President Donald Trump boasted on Sunday that his support among Latino voters had increased, but ignored a finding from the same poll which revealed that a majority would not vote to reelect him.

“Wow, just heard that my poll numbers with Hispanics has gone up 19%, to 50%,” Trump tweeted on Sunday morning. “That is because they know the Border issue better than anyone, and they want Security, which can only be gotten with a Wall.”

It seems likely that Trump got this statistic from one of the conservative media outlets he regularly follows online. On Friday Breitbart reported that “in the latest NPR/Marist/PBS Poll, about 50 percent of Hispanic American voters this month said they approve of the job Trump is doing in the middle of the government shutdown. This is a 19 percentage point increase from last month, when only about 31 percent of Hispanic voters said they approved of Trump.”

Similarly Newsmax reported on Thursday that “50 percent of Latinos support the job Trump is doing, a significant jump from the 31 percent who had the same answer in a December poll.”

The poll notes that 50 percent of Latinos surveyed approve of the job Trump is doing, a 19-point increase from December of last year.

“This president has done historic strides to help the Latino community,” he said, noting the low unemployment of Latinos under Trump.

The NPR/PBS NewsHour/Maris Poll does indeed show Trump with an uncharacteristically high level of support from the Latino community. The survey found that 50 percent of Latinos say they approve of Trump as president and 46 percent say they disapprove of him. Also according to the survey, 29 percent of Latinos strongly approve of Trump’s performance as president and 22 percent merely approve of it, adding up to a 51 percent total positive rating. By contrast, four percent disapprove and 41 percent strongly disapprove of the president’s performance, adding up to a 45 percent negative rating.

Yet the numbers are a little more complicated than they were characterized as being in Trump’s boast. The same poll also found that while 27 percent of Latino voters would “definitely vote for President Trump” in 2020, 58 percent would “definitely vote against him.” Fifty percent of Latinos also felt that the Trump administration was doing “too little” to work with Democrats in Congress in order to end the shutdown, with only 32 percent saying that they were doing “about the right amount” and only 10 percent saying they were doing “too much.” By contrast, 63 percent said that Democrats were doing too little to work with the Trump administration, compared to 17 percent who said they were doing the right amount and eight percent who said they were doing too much. Fifty-five percent said that they like elected officials who can work with people who they disagree with, while only 39 percent said they liked elected officials who “stick to their positions.”

Matthew Rozsa is a staff writer for Salon. He holds an MA in History from Rutgers University-Newark and is ABD in his PhD program in History at Lehigh University. His work has appeared in Mic, Quartz and MSNBC.