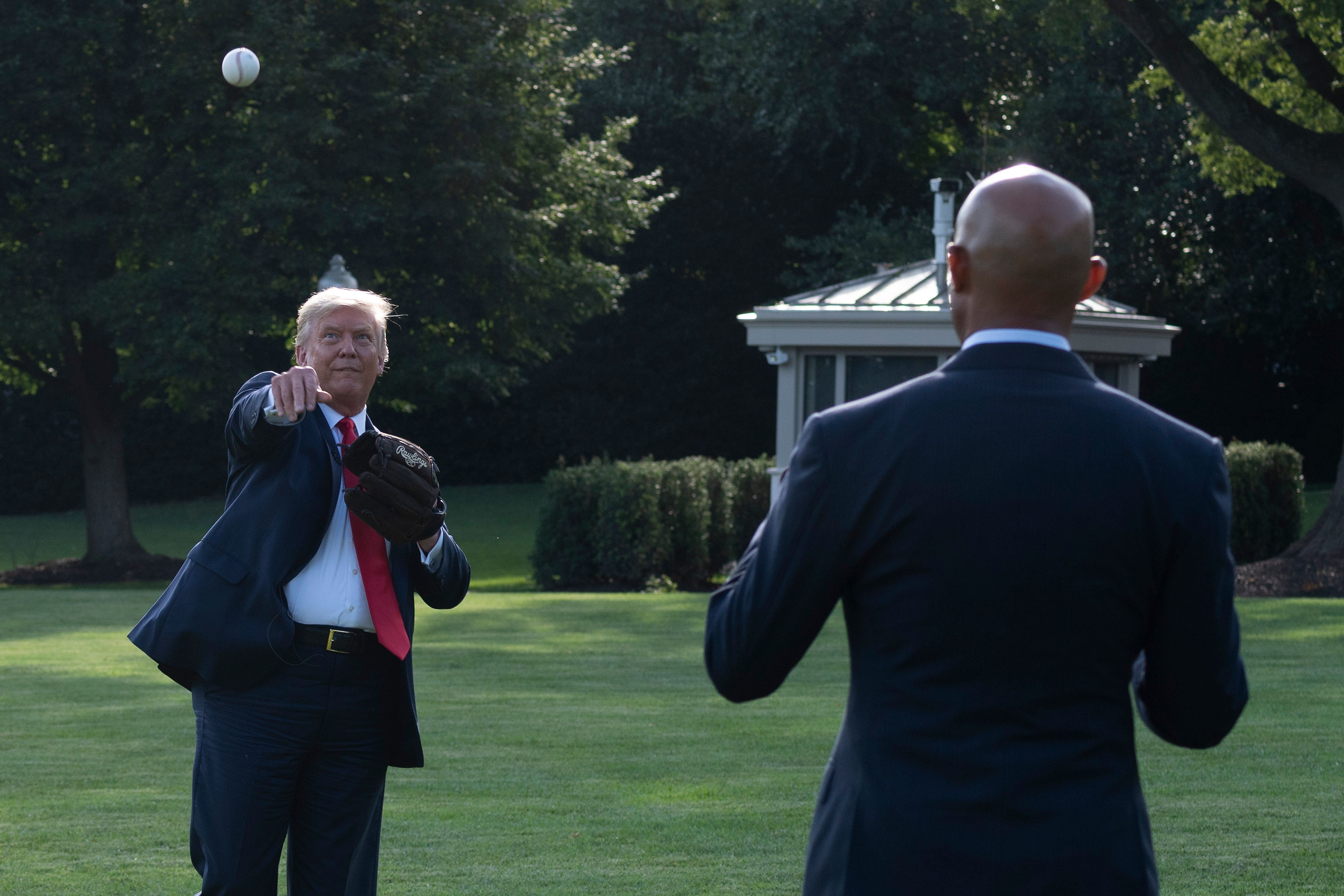 Trump said Saturday he was invited to attend Game 4 of the World Series. Only, that never happened

President Donald Trump, left, plays ball with Mariano Rivera, the MLB Hall of Fame closer from the Yankees, during a Major League Baseball Opening Day event at the White House in Washington, DC, on July 23, 2020. (JIM WATSON/AFP via Getty Images)

“Looking forward to being at the World Series in Atlanta tonight,” Trump said in a statement from his Save America PAC on Saturday. “Thank you to the Commissioner of Baseball Rob Manfred, and Randy Levine of the great New York Yankees, for the invite. Melania and I are looking forward to a wonderful evening watching two great teams!”

New York regional sports network SNY notes that Trump’s statement “ran counter to a Wednesday report in USA Today, in which Braves CEO Terry McGuirk said, ‘He called MLB and wanted to come to the game. We were very surprised. Of course, we said yes.'”

According to SNY, “two officials directly involved in the process said that McGuirk’s comments were accurate, and that neither Manfred nor Levine had reached out to extend an invitation.”

“[Levine] has nothing to do with who attends a World Series in Atlanta,” one of the officials said.