Trump Declares His January 6 Actions as Peaceful and Patriotic 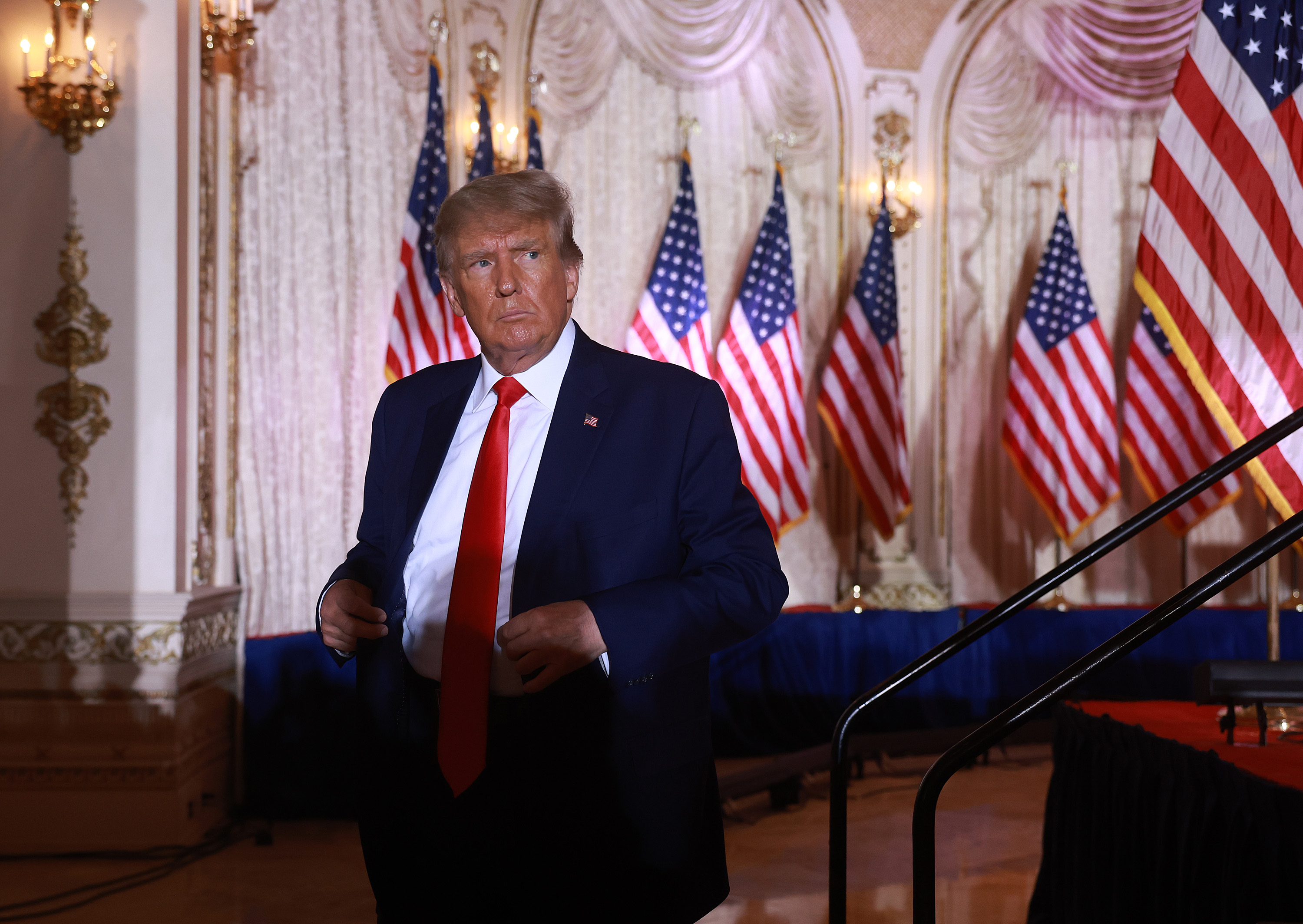 Former President Donald Trump spent Thanksgiving night on Truth Social, accusing the Department of Justice (DOJ) and Federal Bureau of Investigation (FBI) of conducting a witch hunt against him for his actions surrounding January 6, 2021.

Trump has been subject to myriad investigations in the past few months. At the culmination of the January 6 committee hearings, Trump was subpoenaed to turn over documents related to his activities regarding the U.S. Capitol insurrection, to which he responded by suing the committee. He is also under investigation by the DOJ pertaining to classified documents discovered during the search of his Mar-a-Lago home. New York Attorney General Letitia James also has accused Trump and his real estate company of fraud.

The slew of investigations isn’t slowing the former president, who recently announced his campaign for the 2024 presidential race.

In a Truth Social post Thursday night, Trump wrote he “did nothing wrong on Jan 6th.” calling the attack on the nation’s Capitol peaceful and patriotic.

Since January 6, 2021, Insider reported that more than 950 people have been charged with crimes in the siege. CNN reported that five people died during the pro-Trump riot that surged as Congress was set to certify Democrat Joe Biden as the next president. Many rioters believed the election had been stolen.

The Truth Social post was loaded with other information. Trump also called an investigation into his actions a “rigged scam,” referring to the DOJ and FBI as “corrupt.” The agencies conducted the search of Trump’s Mar-a-Lago home in Palm Beach, Florida, in August. According to reports by CNN, more than 300 unique classified documents were found at the resort.

“The so-called investigation of me by a Radical Left Prosecutor, who is totally controlled by Eric Holder and Obama, is a RIGGED SCAM. The ‘Justice’ Department & FBI are CORRUPT, in fact offered $1,000,000 to Christopher Steele to lie, told Facebook that Hunter’s Laptop was Russian Disinformation when they knew it was not, and paid people to ‘get Trump.’ Did nothing wrong on Jan 6th (Peacefully & Patrioticly), or with Documents (Check out past presidents),” read the Truth Social post in its entirety.

The message received nearly 6,500 likes as of press time. Trump followed up the message with a much shorter one reading, “WITCH HUNT!!!,” which received 3,800 likes within 30 minutes of posting.

Trump has used the “witch hunt” rhetoric for years.

In an earlier Truth Social post on Thanksgiving night, Trump said it would be “almost impossible” to get a fair decision because he was a Republican.