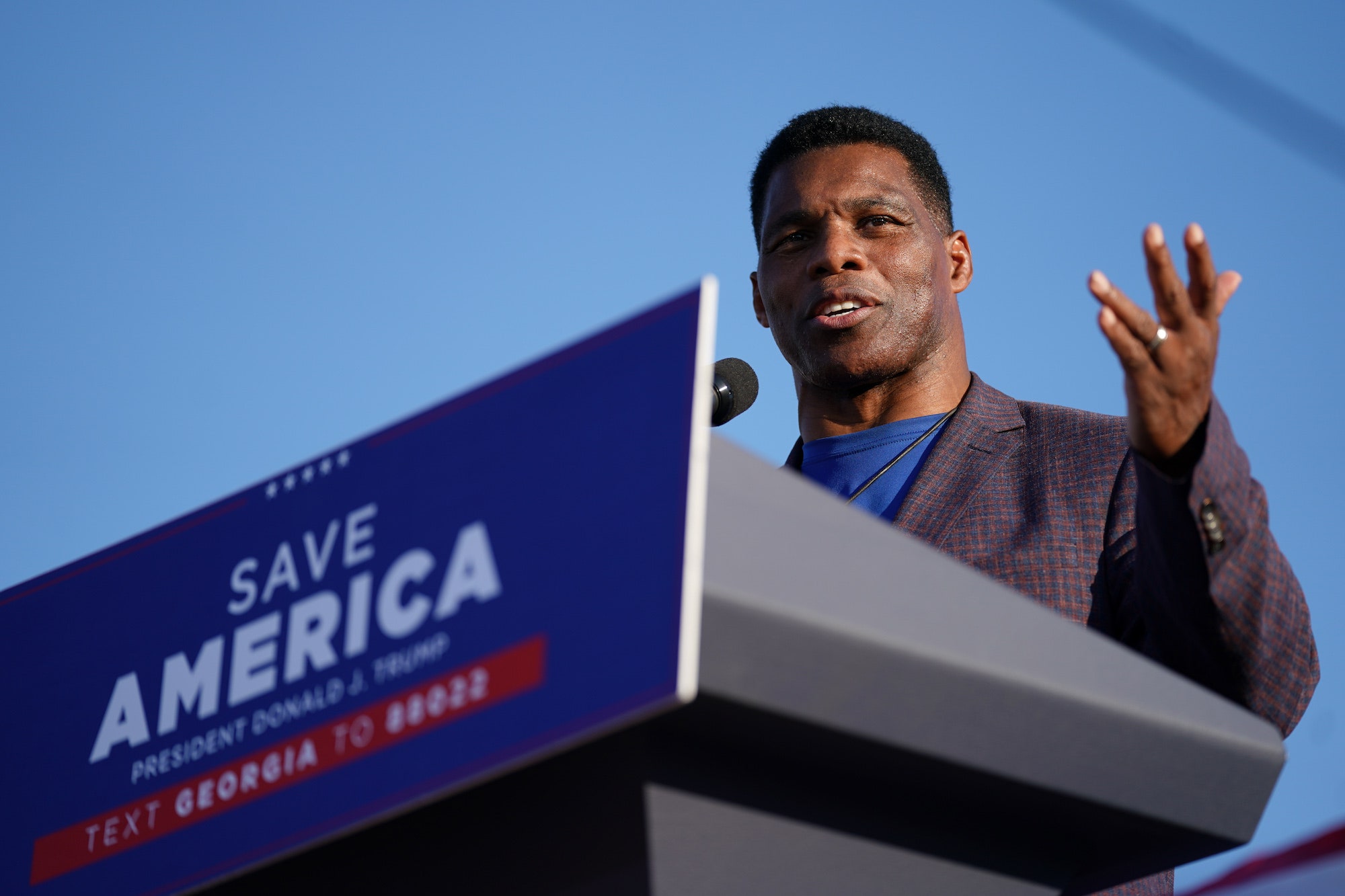 One of the recurring features of the Trump era was for Donald Trump or one of his acolytes to say or do something in front of countless witnesses and then insist it never happened, i.e. piss on the public’s leg and tell them it was raining. A short, in no way conclusive list of this phenomenon would include the 45th president swearing he never called the late Senator John McCain a loser, despite having tweeted a clip of himself calling McCain a loser; claiming the coronavirus would “miraculously” disappear by April and then saying he never put a date on it; and literally telling rally-goers to “knock the crap out of” protestors before insisting he “no way, form or fashion [had] ever promoted or encouraged violence.” Whereas politicians of the past made careers out of twisting the truth, Trump & Co. decided to dispense with such customs and straight up lie to people’s faces, which is ironic given the number of supporters who say they voted for him because he supposedly told them the truth.

Anyway, we bring this up because prior to Trump’s ascendence, a candidate for office wouldn’t actually think they could get away with claiming that, say, an image that’s obviously a swastika was anything but a swastika. But today, one not only did so, but acted deeply insulted that anyone would suggest otherwise. Per the Daily Beast:

Former NFL player Herschel Walker, who is running as a Republican for the U.S. Senate in Georgia, canceled a weekend fundraiser Wednesday after one of the hosts used a swastika comprised of syringes as her Twitter profile picture. Walker’s team had initially defended the woman, film and television producer Bettina Viviano-Langlais, when an Atlanta Journal-Constitution columnist pointed the image out. “This is clearly an anti-mandatory vaccination graphic,” a spokesman for Walker said. “Herschel unequivocally opposes anti-semitism and bigotry of all kinds.”

The “clearly” here is truly the most hilarious part of the statement, when “clearly,” the image in question is of the Nazi insignia, albeit one composed, bizarrely, of syringes.

Democrats and other groups who think antisemitism is actually a bad thing reacted with horror to the image and Walker’s response, with the Jewish Democratic Council of America saying the proud display was “absolutely vile.” The Jewish Democratic Women’s Salon called it “beyond unacceptable” and added, a “swastika is a swastika.”

Walker is one of four Republicans hoping to challenge Senator Raphael Warnock next year; he was enthusiastically endorsed by Trump last month. According to CNN, a Texas woman told police in 2002 that Walker had threatened and stalked her, and that at least two other women, including Walker’s ex-wife and ex-girlfriend, have accused him of making threats, telling authorities he said he would shoot them in the face. In other words, you can see why Trump likes the guy. (Walker‘s campaign declined to respond to the 2002 allegations, citing his past struggles with mental health. In a statement, a spokesperson for Walker said, “It is sad that many in politics and the media who praised Herschel for his transparency over a decade ago are now making false statements, stereotyping, attacking, and attempting to sensationalize his past just because he is a Republican Senate candidate.”)

Hours after defending the syringe swastika, Walker canceled the fundraiser with Viviano-Langlais, with his campaign saying, “Despite the fact that the apparent intent behind the graphic was to condemn government vaccine mandates, the symbol used is very offensive and does not reflect the values of Herschel Walker or his campaign.” In a video posted Wednesday, Viviano-Langlais claimed she was forced to remove the symbol “because of the left’s need to silence free speech” and said she hadn’t intended to be antisemitic. “It was a pic showing what happens when fascists demand people insert foreign material into their body they don’t want,” she said.

Trump statement just now: "If we don’t solve the Presidential Election Fraud of 2020 (which we have thoroughly and conclusively documented), Republicans will not be voting in ‘22 or ‘24. It is the single most important thing for Republicans to do."

Obviously, this would be an excellent outcome for the country and democracy in general and actually has a small shot of actually happening. Last year, Trump lawyers told supporters not to vote in the Georgia runoffs, calling them “another rigged election,” and Democrats gained control of the Senate.

Investigators probing the events surrounding the Capitol attack have a message for Trump officials thinking about obstructing justice:

The House select committee investigating the Jan. 6 attack is planning to ramp up its efforts to force Trump administration officials to cooperate with its inquiry and on Wednesday it issued a subpoena for a former Justice Department official viewed as key to the examination of the former president’s efforts to overturn election results. The committee said it is seeking records and testimony from Jeffrey Clark, a Trump Justice Department official who sought to deploy department resources to support former president Donald Trump’s false claims of massive voting fraud in the 2020 election.