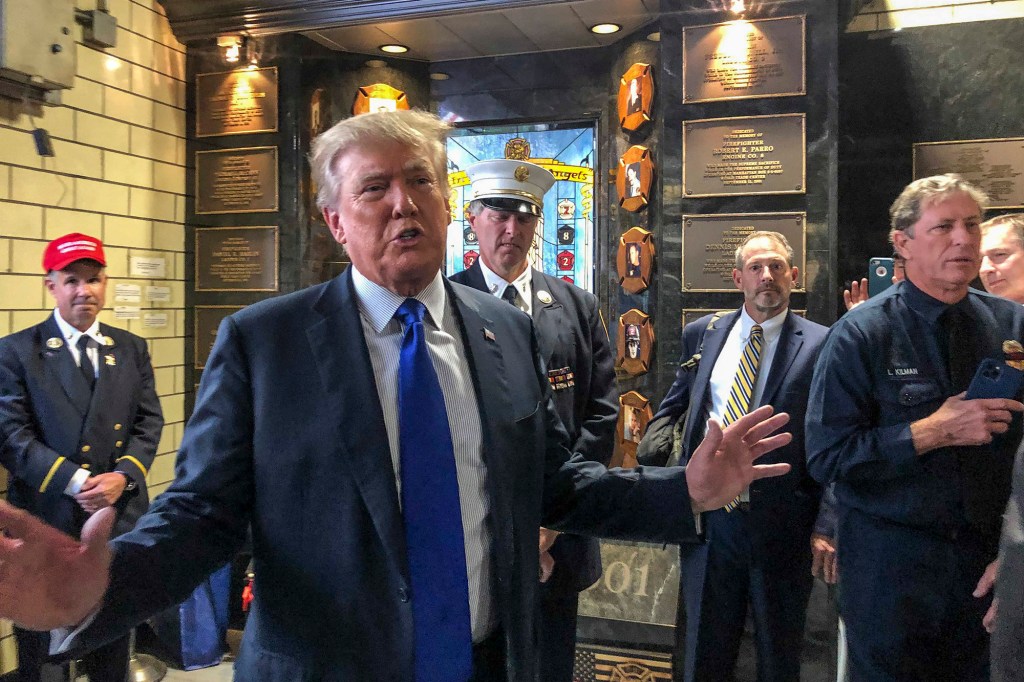 Former President Trump made a surprise visit with New York City police and firemen Saturday to commemorate the 20th anniversary of the September 11th terrorist attacks.

In remarks to assembled guests, the former president sharply rebuked President Biden and the US pullout from Afghanistan.

“It was gross incompetence and I hate to talk about it on this day,” Trump said.

Trump left the NYPD’s 17th Precinct in midtown just after 1:40 pm. He exited to cheers and applause, with one well-wisher screaming, “Thank you for keeping us safe.”

“I’ve been given so much support by the people who do what you do,” Trump told the friendly audience. “We love the blue. I’ll say it loud. You know, you’re not supposed to say that. We love the blue.”

Officers lined up outside the stationhouse in formation to greet the former President. Trump shook hands and posed for photos before walking next door to Ladder Co. 2, where he also signed autographs.