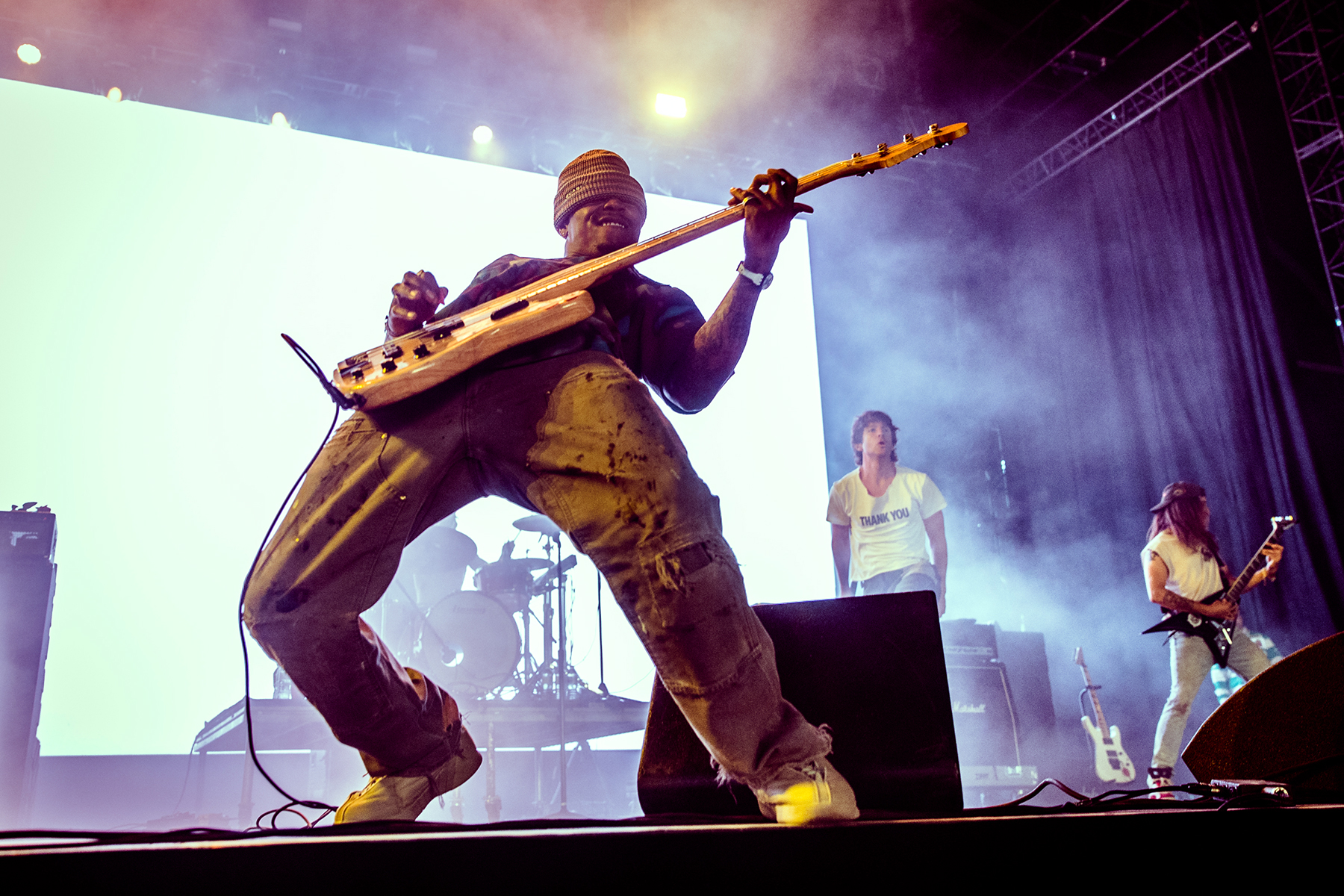 Turnstile are plotting a tour across North America this fall. On Tuesday, the Baltimore band announced that they’ll be heading on tour across the United States starting in October, and will be accompanied by Snail Mail and Jpegmafia — both artists from Baltimore — on select dates.

The tour announcement comes as they released the music video for their song “New Heart Design” from their 2021 album, Glow On. The video was directed by group frontman Brendan Yates and collaborator Ian Hurdle.

The tour will be in support of Glow On, which features songs like “Mystery,” “Blackout,” and “Holiday,” and made the Top 10 of Rolling Stone‘s list of the best albums of 2021. The tour poster hints that more “special guests” may be joining the group on the road.

With two Bay Area stops and a visit to New York City’s Brooklyn Mirage, tickets for the tour will go on sale on Thursday. Pre-sale tickets will be available on Wednesday morning.

The group is currently on tour across Europe with shows in Belgium and across Germany next month. They also embarked on a tour, stopping at smaller venues across North America, earlier this year.

* PLUS SPECIAL GUESTS / NO JPEGMAFIA
^ NO SNAIL MAIL