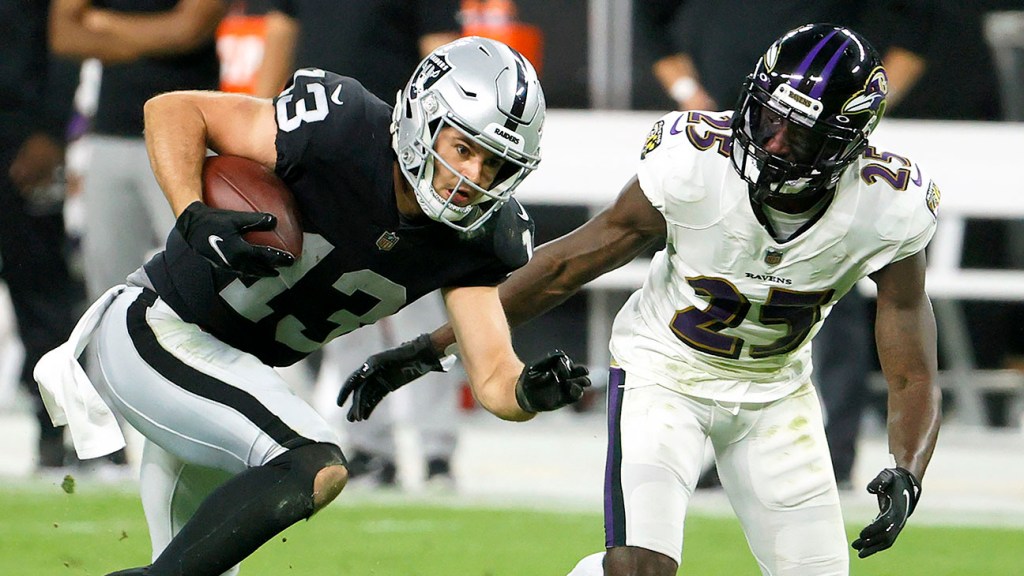 The NFL assumed its customary place head, shoulders and other body parts above everything else on TV with its opening weekend.

The seven broadcast windows from Thursday to Monday averaged 17.4 million viewers across linear and digital platforms, a 7 percent increase over last year. The season-opening game on NBC Thursday night and a Monday Night Football “megacast” on ABC and three ESPN channels both scored big year to year gains, while the Sunday windows were more mixed.

The league changed up its TV schedule somewhat for the opening week of the season, making year to year comparisons a little tricky. CBS and Fox both aired Sunday afternoon doubleheaders, rather than one network getting most of the country to itself in the 4:25 p.m. ET slot.

The Thursday kickoff game reached a six-year high in both TV viewers (24.81 million) and multi-platform audience (26.4 million). NBC’s first Sunday Night Football of the season, however, was down by 7 percent year to year at 17.64 million viewers (vs. 18.94 million in 2020).

Sunday’s early games drew 13.93 million (CBS) and 11.18 million (Fox) viewers for an average of about 12.56 million, also a 7 percent decline from last year when the two networks averaged 13.56 million in the 1 p.m. ET window. The two 4:25 p.m. games averaged 17.89 million viewers. Fox’s lone national broadcast in that slot last year drew 25.85 million, but it’s not a like to like comparison since there was no other nationally carried game opposite it.

The NFL says viewers watched 6.3 billion minutes of game coverage during the two 4:25 p.m. windows, the highest mark on record (dating back to 1988).

Monday Night Football closed week one with 15.29 million viewers across ESPN (7.57 million), ABC (6.89 million), ESPN2 (800,000) and ESPN Deportes (33,000), a huge jump over the first game of last year’s doubleheader (10.76 million on ESPN alone) and the biggest tally for an MNF opener since 2013. The combined tally for ESPN and ABC topped two of last season’s three simulcasts on the two networks.