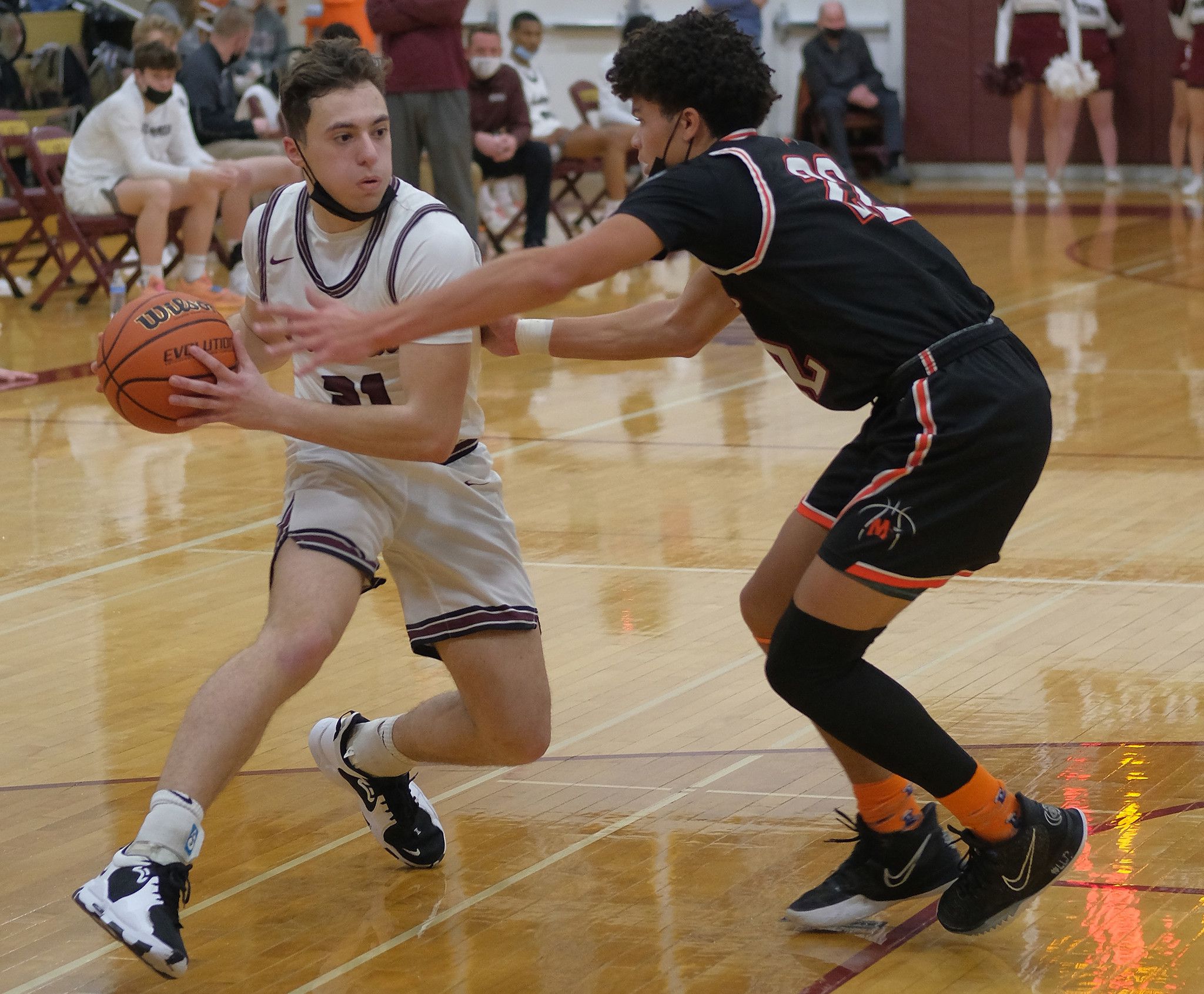 Senior guards Alex and Niko Vassilakis have a wealth of experience as teammates for Lockport, going back to their grade school days when the twin brothers would challenge their older brothers, Angelo and John.

“Sometimes we’d team up against them and that was fun,” Niko said. “It was good competition because they were older. It just pushed us to keep getting better.”

The twins have gone from role players off the bench last season to big contributors in the starting lineup this season for the Porters.

Trevor Hudak poured in 20 points and pulled in nine rebounds while Darren Anderson had nine points and 11 rebounds for Minooka (10-7), which avenged a 64-57 loss to Lockport in both teams’ season opener Nov. 22 at the WJOL Thanksgiving Tournament.

Niko and Alex Vassilakis both showed an ability to shoot from the outside and score inside while also leading the Porters in rebounding.

“They’re the perfect example of good high school basketball players,” Lockport coach Brett Hespell said. “There are a lot of kids physically like them all around the country, but there are not as many kids who are as productive as them.

“It’s a testament to their work ethic and how hard they battle each other and everyone else.”

John and Angelo Vassilakis also played basketball at Lockport. The twins had a chance to team up last season with Angelo, who was the starting point guard and earned all-conference honors in the SouthWest Suburban Blue.

“Angelo was like a defensive leader too,” Niko said. “And he was a big hustler, so that inspired us.”

Hespell has seen the twins grow from fighting for limited minutes off the bench to becoming integral parts of the team.

“Alex barely played at all last year,” Hespell said. “Niko was kind of in the rotation as like the eighth man. It’s a testament to them continuing to work and look how well they’ve played.”

Alex said he and Niko worked hard together to be ready to contribute this season in any way possible.

“For me, I’m not even worrying about my shot mostly but just focus on the defensive end and getting rebounds,” Alex said. “It’s cool to have both of us on the same court together all the time.”

The Porters jumped out to a 10-0 lead Wednesday, forcing Minooka to commit five turnovers before even attempting a shot.

The Indians, though, fought back within 12-11 at the end of the first quarter, took a 28-23 halftime lead and led the entire second half.

Lockport went into too many offensive lulls and could not recover from scoring only seven points in the third quarter.

News updates from the south suburbs delivered every Monday and Wednesday

“I thought we were a little bit immature after we started fast,” Hespell said. “I think we kind of got the sense that, ‘Oh, this is going to be easy.’ It’s not. It was three minutes of a 32-minute game.”

The Porters started the season 7-0, then lost five straight and have since alternated big wins with puzzling losses.

Lockport was coming off a 54-22 thumping Saturday of Maine South.

“We’re like the old Dr. Jekyll and Mr. Hyde tale,” Hespell said. “I am seeing a little bit more consistent energy lately, but we just have to execute better.

“I think we’re dangerous but we have to find a way to get more consistent.”

Steve Millar is a freelance reporter for the Daily Southtown.