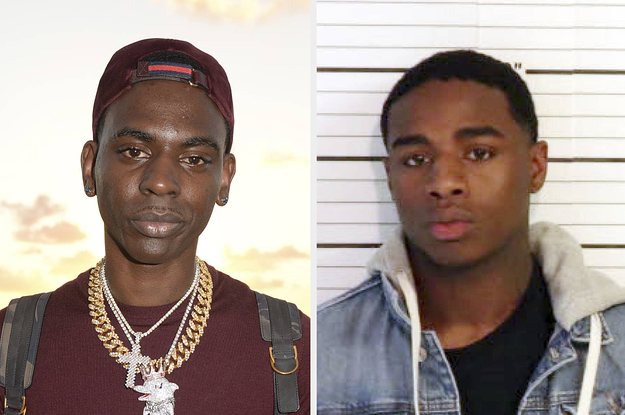 Two men have been arrested in connection to the fatal shooting of rapper Young Dolph in Indiana last year, federal officials said Tuesday.

Young Dolph, whose given name is Adolph Robert Thornton Jr., was shot at Makeda’s Homemade Butter Cookies in Memphis in November. The 36-year-old made his debut in 2008 with “Paper Route Campaign” and built a reputation as one of the most prolific rappers in the industry, at one point making a music video from his hospital room after being shot in Los Angeles in 2017. His collaborators included Megan Thee Stallion and Gucci Mane, and he often worked with his fellow Memphis rapper and protégé Key Glock.

There were no suspects immediately after the shooting but, on Jan. 5, the US Marshals Service and Memphis Police announced a $15,000 reward for information leading to the arrest of Justin Johnson, a Memphis native and rapper who goes by the name of Straight Drop.

Johnson had stated on social media on Monday that he planned to turn himself in, according to a statement from the Shelby County District Attorney’s Office. But ultimately, he didn’t.

Instead, Johnson was taken into custody in Indiana, the US Marshals officials said in a statement.

Johnson also had an outstanding warrant for violating the terms of his supervised federal release, according to the statement.

Smith was arrested on Dec. 9 on an auto theft warrant for a white Mercedes-Benz, the vehicle authorities believe was used in the killing of Dolph.

The car was stolen on Nov. 10 and found on Nov. 20, three days after the deadly shooting.

Smith is in custody in Shelby County Jail.

Officials are set to hold a news conference Wednesday to disclose additional details regarding the case.