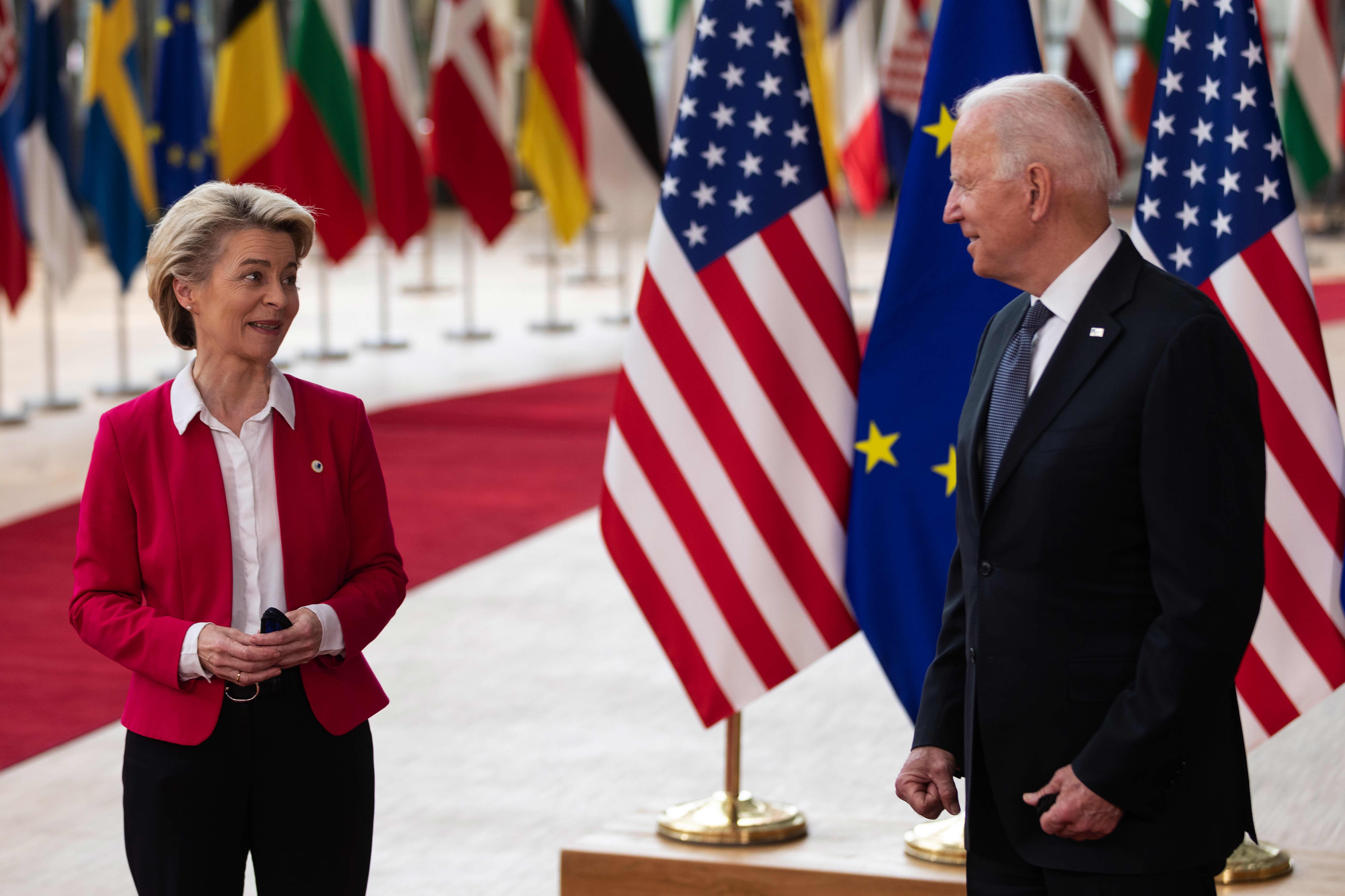 ROME — The United States and the European Union on Saturday announced an easing of a trade dispute that started during the Trump administration.

The previous U.S. administration imposed a 25% tariff on European steel and another 10% tariff on aluminum in June 2018 on the grounds of national security.

The EU vehemently contested the move from the start and after multiple failed attempts to reach a deal with the Trump administration, the bloc took the case to the World Trade Organization and imposed retaliatory measures on up to 6.4 billion euros ($7.78 billion) of U.S. exports. The EU’s targeted products included Bourbon whiskey, peanut butter and orange juice.

Of this amount, the EU first targeted 2.8 billion euros of U.S. exports and said it would apply the remaining 3.6 billion euros three years later or after a positive result at the WTO. This second tranche of tariffs was put on hold earlier this year in a sign of good faith to the Biden administration.

“We have agreed to pause our steel & aluminium trade dispute and launch cooperation on a Global Arrangement on Sustainable Steel & Aluminium,” the EU’s trade chief, Valdis Dombrovskis said on Twitter Saturday.

President Joe Biden and European Commission President Ursula von der Leyen will announce the details of the agreement Sunday in Rome, Italy, where they are participating in a G-20 meeting.

The latest transatlantic announcement comes at a critical time for their relationship.

European allies have been somewhat worried about President Biden’s foreign policy, after the difficult withdrawal from Afghanistan in the summer, the controversial nuclear submarine deal with Australia and the lack of developments to fix trade disputes.