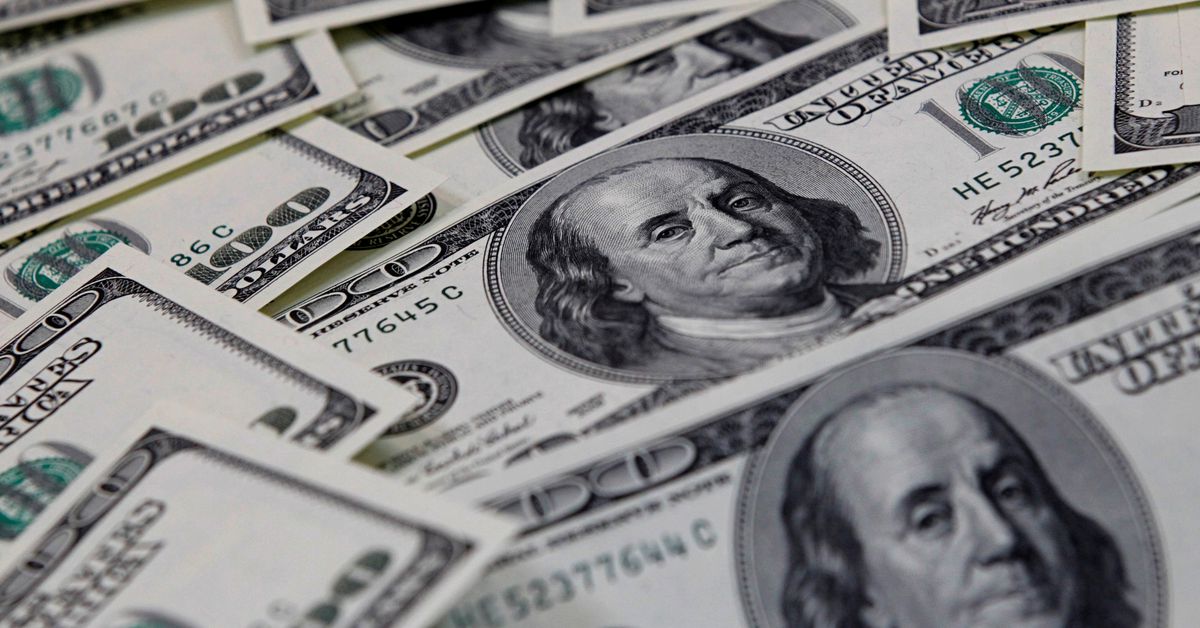 The Federal Reserve’s reverse repurchase window on Wednesday took in $503 billion in cash, hitting a record peak for a third consecutive session, as financial institutions flush with liquidity flocked to the Fed facility to park their cash and secure Treasury collateral.

The U.S. Treasury has targeted a $450 billion cash balance by the end of July, the debt ceiling deadline. To get there, the Treasury needs to spend its cash, which usually ends up on bank balance sheets, often in the form of money market funds.

With short-term money market yields so low – in some cases negative – investors have trekked to the Fed’s reverse repo facility, which pays a zero interest rate.

“It’s another indication of the cash-collateral imbalance in the financial system, and there does not appear to be significant relief in sight as Treasury cash balances are poised to continue to fall ahead of the debt ceiling deadline, and as Treasury bill issuance remains negative,” said Dan Belton, fixed income strategist, at BMO Capital in Chicago.

“The Fed has and will continue to relax any constraints to the facility which will keep rates from moving sustainably negative,” he added.

With the Federal Reserve in the midst of its quantitative easing program, the U.S. central bank has been buying Treasuries both on the short- and long-end and flooding the financial markets with cash.

In addition, the Treasury has reduced the supply of its bills in the market, exacerbating a collateral shortage that has prompted financial institutions to lend money to the Fed’s reverse repo facility in exchange for Treasury collateral.

Money market participants will be looking to the Fed’s monetary policy meeting next week, when policymakers could decide to raise the reverse repo rate and the interest on excess reserves (IOER) rate, currently at 0.10%, two rates that influence the effective fed funds rate to trade within the target range.

Both moves could ease the downward pressure on short-term rates.