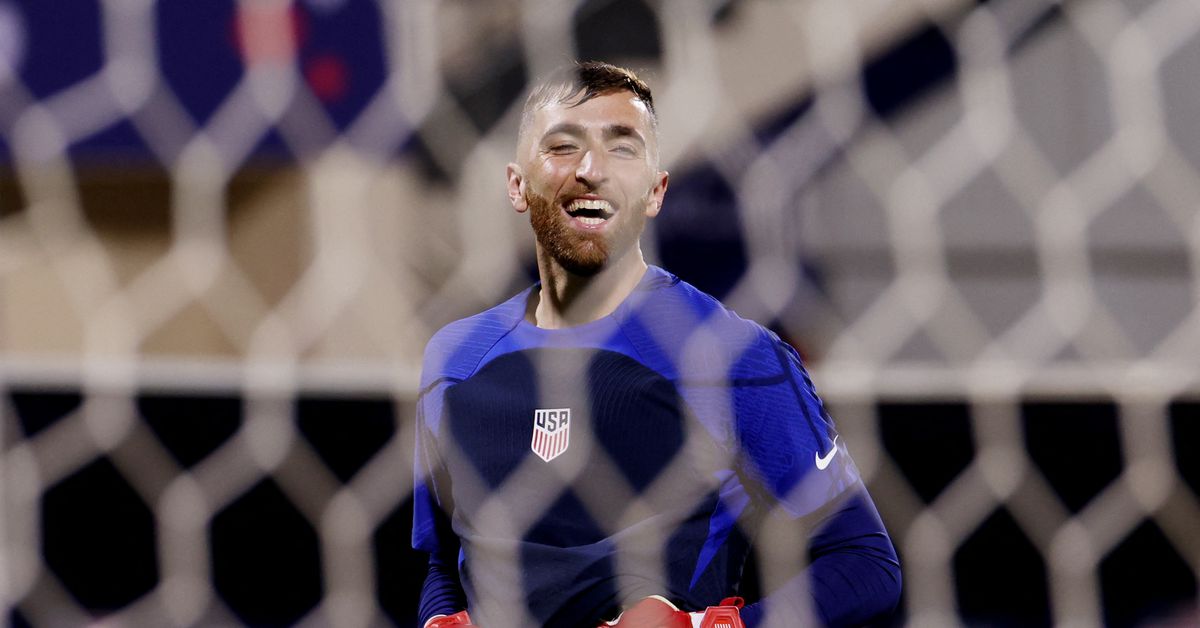 AL RAYYAN, Qatar, Nov 23 (Reuters) – United States goalkeeper Matt Turner needs no reminder of the threat Bukayo Saka poses to his country’s hopes of springing a surprise in their World Cup Group B clash on Friday.

New Jersey-born Turner joined Premier League leaders Arsenal from MLS side New England Revolution in June and gets to sharpen his game against 21-year-old Saka every day in training.

So he was not the least bit surprised as Saka scored twice in England’s 6-2 romp against Iran on Monday, a few hours before Turner and his team mates drew 1-1 with Wales.

“I think it’s pretty clear. He’s one of the young stars of world football,” Turner, who has started four Europa League games for Arsenal where he is understudy to England squad member Aaron Ramsdale, told reporters at the U.S. training headquarters at the Al Rayyan sports complex on Wednesday.

“He’s a top top player and I think you don’t need me to tell anybody on our team how much of a threat he poses in the game.

“He’s scoring goals in a variety of ways. He’s really developed maturity, he’s gotten stronger from what I understand.

“He can change any game he takes part in.”

Turner, who only took up soccer aged 14 as a way of helping his main pursuits of basketball and baseball, is one of several players on the U.S. squad who play, or have played, in England so there will be no surprises at the Al Bayt Stadium on Friday.

Midfield talisman Christian Pulisic (Chelsea), defenders Antonee Robinson and Tim Ream (both Fulham), Tyler Adams (Leeds United) and Josh Sargent (Norwich City), were all in the starting line-up against Wales as was former Arsenal starlet Yunus Musah, 19, who played for England’s age group teams before deciding to switch his allegiance to the U.S.

Turner believes local knowledge will help his team mates cope with a huge challenge against an England side who have timed their return to form perfectly after a poor lead-in.

“Any time you’re playing against familiar faces, or a familiar country, you’re looking forward to the chance to compete against your peers,” he said.

“Obviously friends off the field and then when you get on to the pitch, it’s full focus for 90 minutes. They’ve got some very talented players and they’re one of the favourites to win the tournament so it’s going to be a big challenge.

“It’s going to take tremendous focus, but we’re looking forward to it.”

Turner kept a record 14 clean sheets in his first 20 appearances for the United States senior team and is following in the footsteps of the likes of former U.S. keeper Brad Friedel and Casey Keller who enjoyed impressive careers in England.

He said his move to Arsenal in June has been perfect preparation for the challenges he faces in Qatar.

“I think there was definitely a steep learning curve,” he said of his early months in London. “But I think one of my biggest strengths is the ability to adapt and to learn.

“I’ve learned a lot under (Arsenal manager) Mikel Arteta as well. It’s challenging me every single day, tactically, technically, emotionally. It’s been great for my game.

“The biggest thing is the consistency some of these guys bring every single day. The intensity is really, really high.”