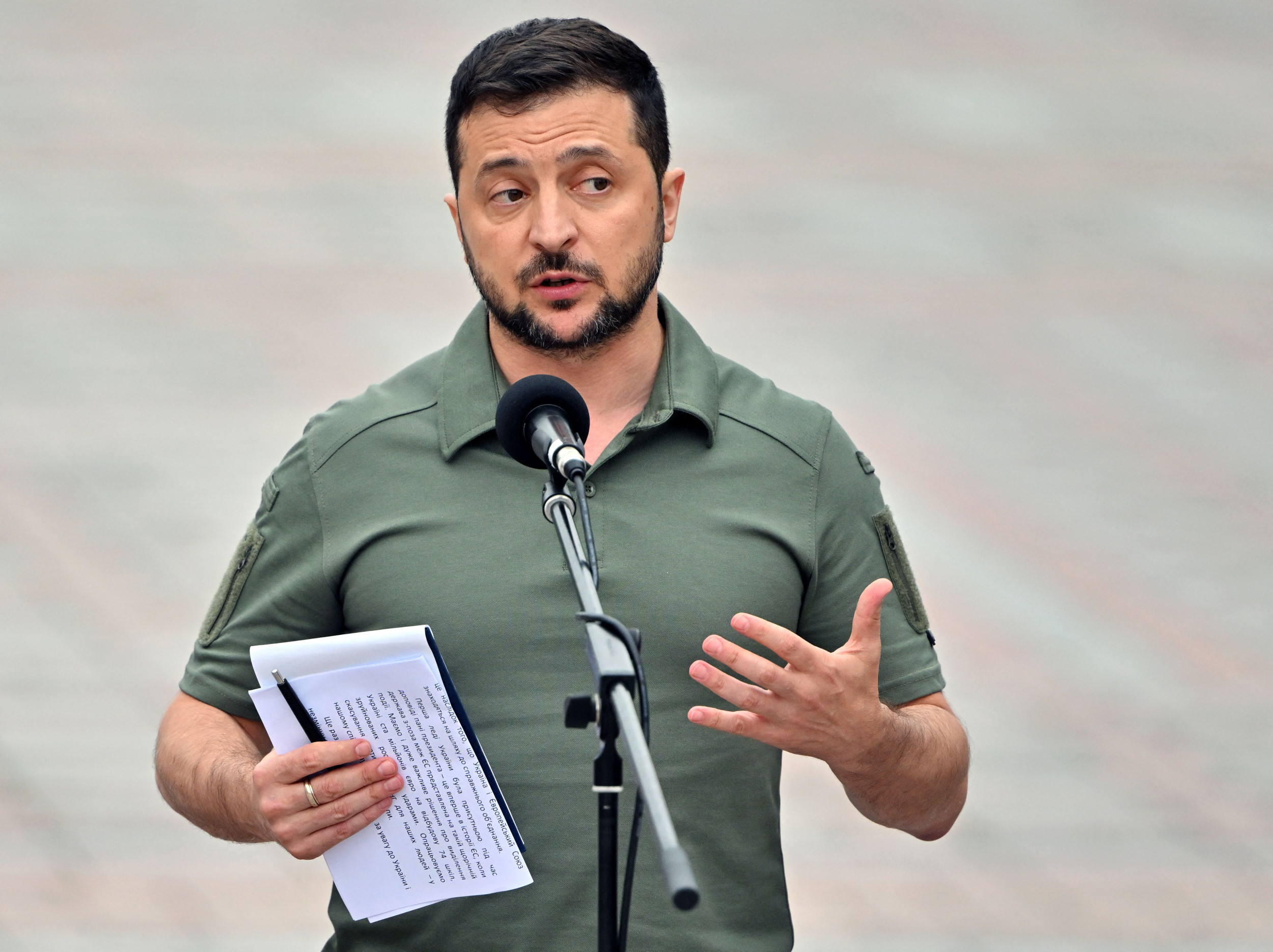 A senior aide to Ukrainian President Volodymyr Zelensky is urging the United States to flesh out specific retaliatory measures if Russia were to invoke nuclear strikes against Ukraine.

Mykhailo Podolyak, Zelensky’s senior aide, requested that the U.S. and other allies outline the consequences of Russia using nuclear warfare in an interview with the presidential administration today in Kyiv.

“The other nuclear states need to say very firmly that as soon as Russia even thinks of carrying out nuclear strikes on foreign territory—in this case the territory of Ukraine—there will be swift retaliatory nuclear strikes to destroy the nuclear launch sites in Russia,” Podolyak was quoted by The Guardian.

Russian President Vladimir Putin threatened nuclear attacks in a televised address Wednesday morning, stressing the threats were “not a bluff.” Putin used the same address to call for a partial mobilization of Russian citizens with military experience to join the war. Russia has ramped up its military measures since Ukraine began a strong counteroffensive attack that is reclaiming key territories, destroying Russian equipment and sending Russian soldiers fleeing from the area.

President Joe Biden responded to the threats in an address to the United Nations Wednesday morning and called Putin’s actions “outrageous.”

“The United States is ready to pursue critical arms control measures. A nuclear war cannot be won and must never be fought,” Biden said during the televised address.

According to The Guardian, Putin has threatened nuclear attacks several times since invading Ukraine in February, but his latest warning has analysts reconsidering if the threats hold any weight. Podolyak said Putin’s seriousness is something that cannot be predicted.

“It’s hard to make predictions when a person is completely irrational,” he said. “We have a big country that enters Ukrainian territory, starts a war, seizes some territory, and then says this territory is now ours and if you try to take it back we’ll use nuclear weapons. It looks absolutely absurd, and furthermore it destroys the whole global system of nuclear deterrence.”

Other Ukrainian officials believe the threats should be taken seriously as well, including Ukraine’s Deputy Prime Minister Iryna Vereshchuk.

“You can’t have someone wandering around with a grenade with the pin removed and threatening everyone with it just because he can,” Vereshchuk told The Guardian.

BBC news correspondent Hugo Bachega said in an interview earlier this morning with CBS News that one of Zelensky’s top advisers told him Putin’s threats were a “predictable response” to Russia’s struggle in the Ukraine war.

“He also said this is the beginning of the collapse of Putin’s regime,” Bachega told CBS News.

Later today, Zelensky is expected to address the United Nations. Bachega anticipates Zelensky will use the address as an opportunity to request more weapons and more assistance to strengthen Ukraine’s forces.

“I think they are going to use the gains of this counteroffensive to tell Western partners, ‘Look, we have the ability, we have the capacity to reclaim territory, but we need your help,'” Bachega said.

Newsweek reached out to the United Nations for comment.