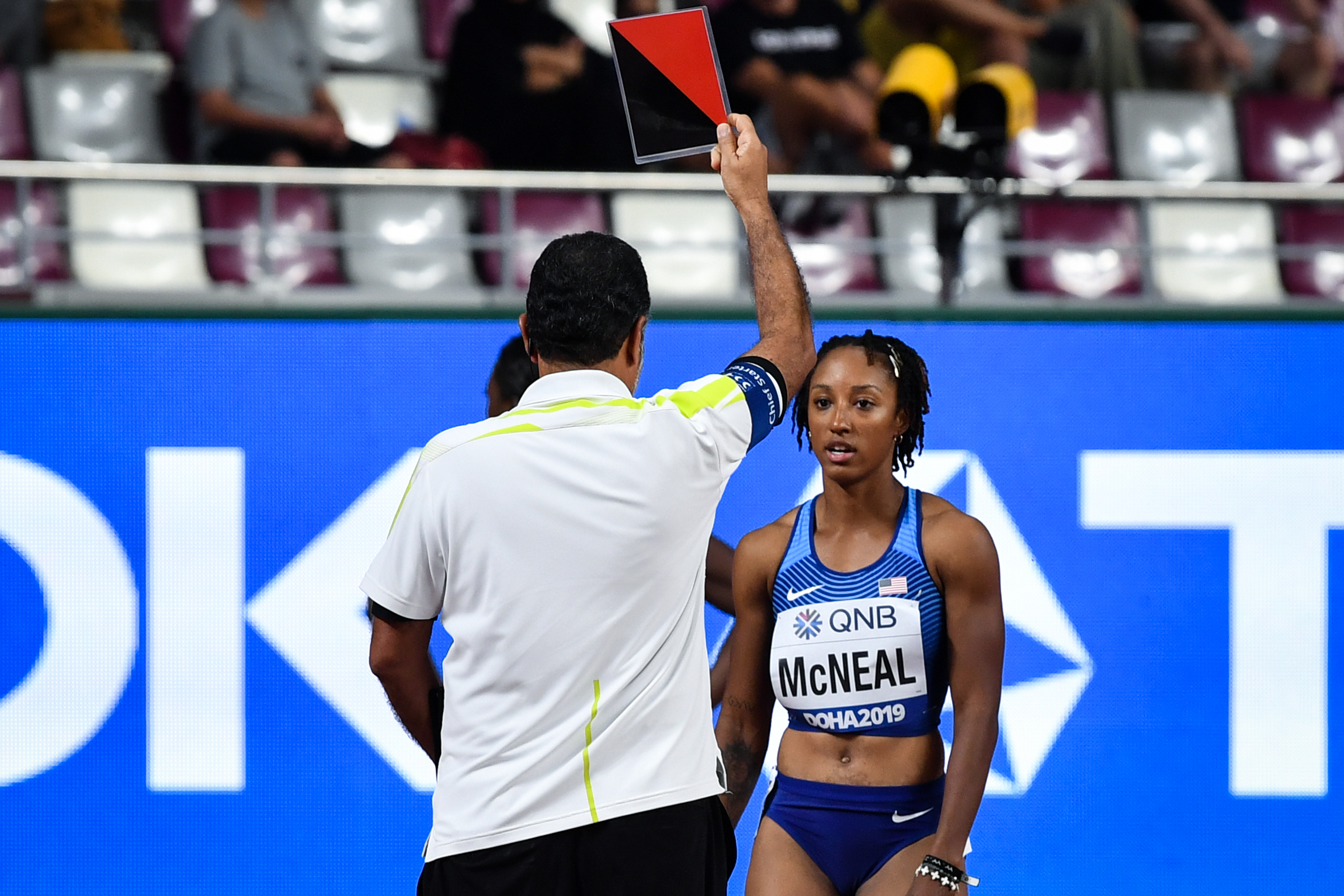 The Athletics Integrity Unit announced
Friday that American Olympic gold medalist Brianna McNeal, who won
the 100-meter hurdles at the 2016 Summer Games, has received a
five-year ban for a violation of anti-doping rules.

Tom Schad of USA Today reported McNeal
was accused of “tampering within the results management
process,” but the AIU didn’t provide full details of the
suspension citing “confidentiality reasons.” The ruling is retroactive to Aug. 15, 2020.

The 29-year-old Miami native has
appealed the decision to the Court of Arbitration for Sport and can
compete in this month’s U.S. Olympic Trials while the case plays out,
per Schad.

Howard Jacobs and Lindsay Brandon,
McNeal’s lawyers, released a statement about the decision to appeal, saying the
hurdler is “not a doper, and firmly believes that she did not
violate any anti-doping rule,” per Schad.

McNeal, who was provisionally suspended
in January, wrote on Instagram in February she was dealing with a “tough few weeks” between the ban, a sprained ankle and a
COVID-19 diagnosis.

“As far as my situation goes, I am
still me! Very clean, very honest and transparent,” she wrote. “Once all of this blows over I will provide more details of what’s
actually going on. The system is pretty messed up if you ask me but
that’s another topic for another day.”

McNeal burst onto the scene by winning
gold in the 100-meter hurdles at the 2013 World Championships. She
cemented herself among the best track and field competitors in the
world by taking home Olympic gold three years later.

Her previously blossoming career has
featured a series of missteps in recent years, though.

She received a 12-month sanction from
the United States Anti-Doping Agency in 2017 for a failure to provide
whereabouts information for out-of-competition testing. The ruling,
which was reached by a American Arbitration Association panel, came
after she failed to provide whereabouts details for three tests in 2016.

The AIU noted her CAS appeal “will be heard before the Tokyo Olympics,” so if she qualifies for
Team USA during the Olympic trials and wins the appeal, she’ll be
eligible to compete in the Summer Games, which begin in July.