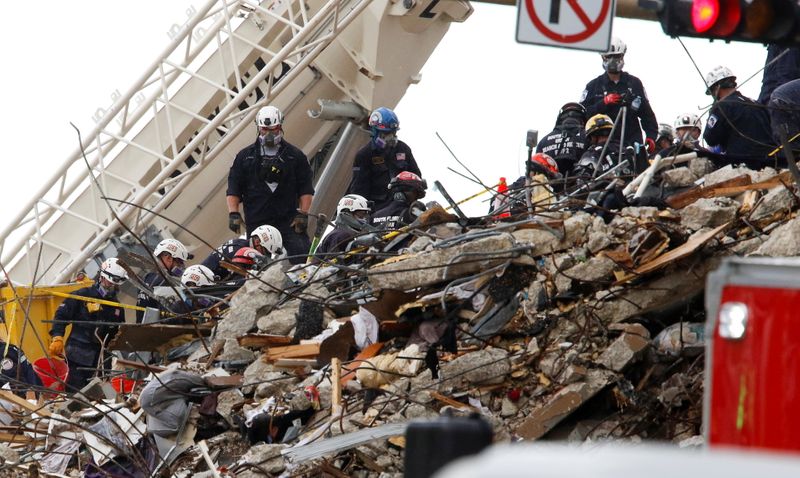 WASHINGTON (Reuters) – The U.S. National Institute of Standards and Technology is expected to announce soon that it will open an investigation into the collapse last week of a building in Surfside, Florida, a source familiar with the situation said on Wednesday.

Local investigators have not concluded what caused nearly half of the 40-year-old Champlain Towers South condo to crumble as residents slept in the early hours of last Thursday.

Another six bodies were found overnight in the shattered ruins of the collapsed Miami-area condominium tower, the mayor of Miami-Dade County said on Wednesday, bringing the confirmed death toll to 18 nearly a week after the building fell.