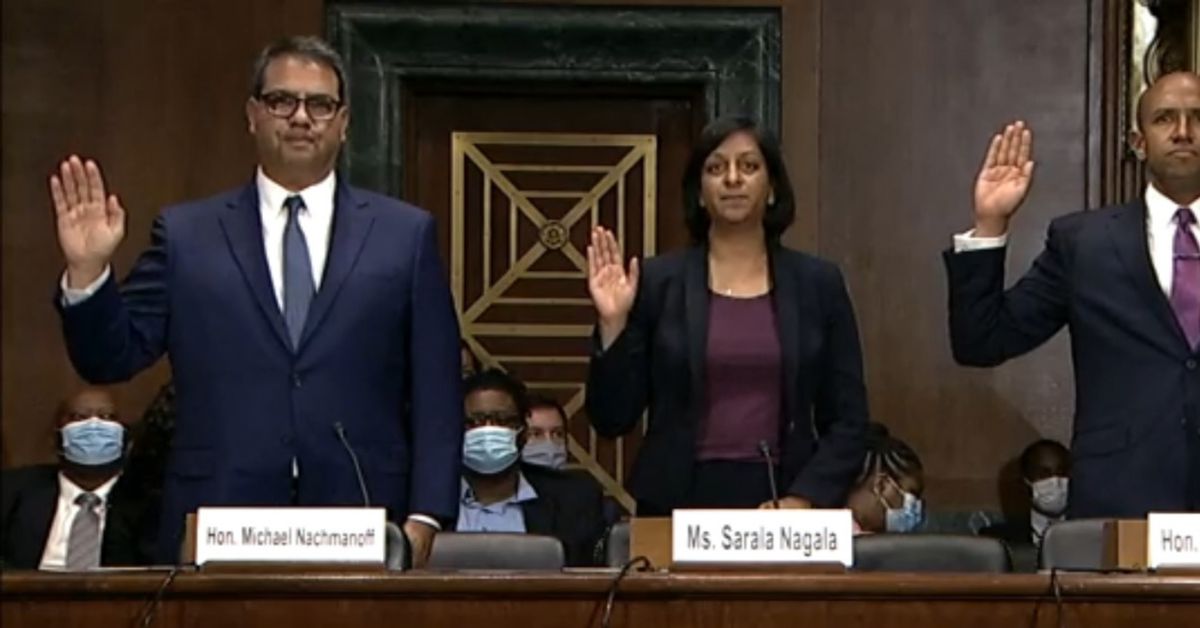 (Reuters) – The U.S. Senate on Wednesday confirmed two more of President Joe Biden’s judicial picks in the biggest week yet for his nominees winning approval, as Democrats race to put their stamp on the bench while they maintain their narrow control of the chamber.

The Senate voted 52-46 to make Sarala Vidya Nagala the first federal judge of South Asian descent in Connecticut and 52-46 to elevate Michael Nachmanoff, a magistrate judge and former public defender, to become a judge in the Eastern District of Virginia.

The votes came after the Senate earlier this week voted to confirm four other judicial nominees, including voting rights advocate Myrna Pérez to serve on the 2nd U.S. Circuit Court of Appeals, the most in a single week during Biden’s term.

A seventh nominee, Connecticut federal district court pick Omar Williams, is expected to receive a vote on Thursday, after the Senate on Wednesday voted 52-46 to cut off debate on his nomination.

The Senate has now voted to confirm 25 of Biden’s 51 district and circuit court picks, a rate not seen since the Nixon administration.

Republican President Donald Trump by this point in his tenure had only won confirmation for seven judges, according to data collected by Russell Wheeler, a visiting fellow at the Brookings Institution.

The Democrats’ goal is to counter the influence of Trump’s near-record 234 confirmed judicial nominees. With their 50-50 control of the Senate an election away from being lost, Democrats have every incentive to keep up the quick pace.

“Leader Schumer is doing everything you could want in terms of using floor time to quickly confirm President Biden’s nominees, as well as in recommending professionally diverse nominees for New York-based judgeships,” Fallon said.

The latest confirmations were in keeping with Biden’s goal of putting more women and minorities on the bench and promoting lawyers with civil rights and public defender backgrounds, rather than just former prosecutors and law firm alums.

Prior to her nomination, Nagala was the deputy chief of the major crimes unit in the U.S. Attorney’s Office in the District of Connecticut, which she joined in 2012. She earlier worked as an associate at Munger, Tolles, & Olson from 2009 to 2012.

Nachmanoff has served as a federal magistrate judge since 2015 and before that spent 13 years as a federal public defender, a role that several of Biden’s other nominees have also had.

Nate Raymond reports on the federal judiciary and litigation. He can be reached at nate.raymond@thomsonreuters.com.