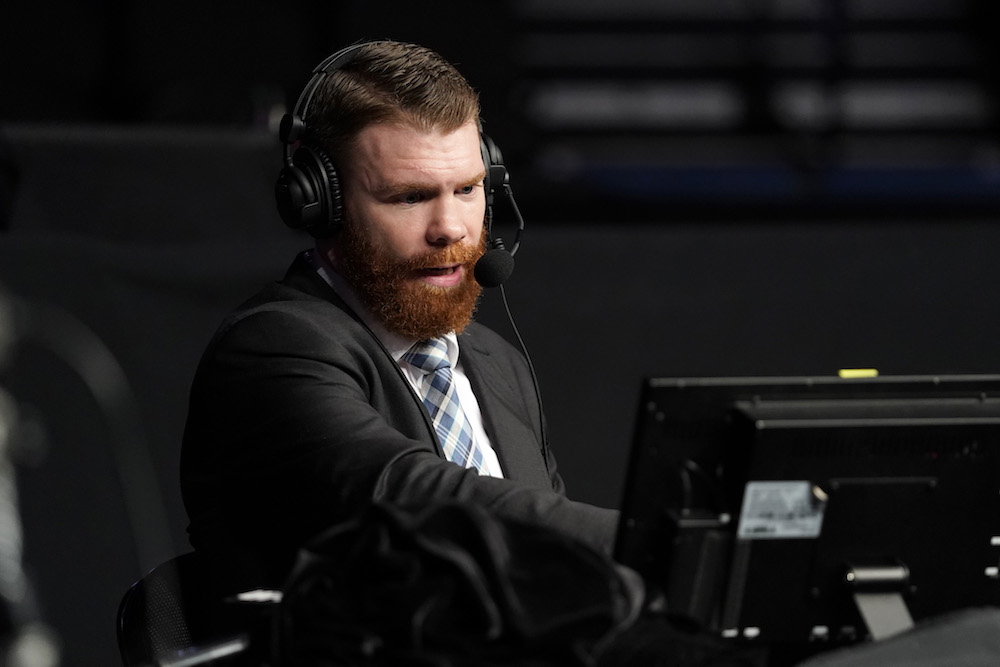 The UFC schedule continues this week with UFC 263 on Saturday at Gila Rivera Arena in Glendale, Ariz.

As always, some marquee on-air talent will be there to help guide viewers through the experience.

Details of who will be working as commentators and analysts for each event have been acquired by MMA Junkie through a person with knowledge of the plans, and you can see the scheduled broadcast team below.

UFC 263’s main card airs on pay-per-view/streams via ESPN+ pay-per-view for residents in the U.S. beginning at 10 p.m. ET.

Televised prelims on ESPN start at 8 p.m. ET following early prelims, which are tentatively slated to begin at 6:00 p.m. ET and stream on ESPN+.

Megan Olivi and Brett Okamoto will also join the post-fight show for updates and analysis.

Longtime UFC correspondent Megan Olivi will conduct pre- and post-fight interviews backstage with some of the athletes on the card, as well as report additional real-time updates for the event.

The most famous octagon announcer will do his thing once again, as Bruce Buffer will introduce the fighters before battle.

Jon Anik will serve as the leading man on the mic from cageside, and he will command play-by-play alongside color commentators Joe Rogan and recently retired lightweight contender Paul Felder, who will replace Daniel Cormier in the booth for this pay-per-view event.