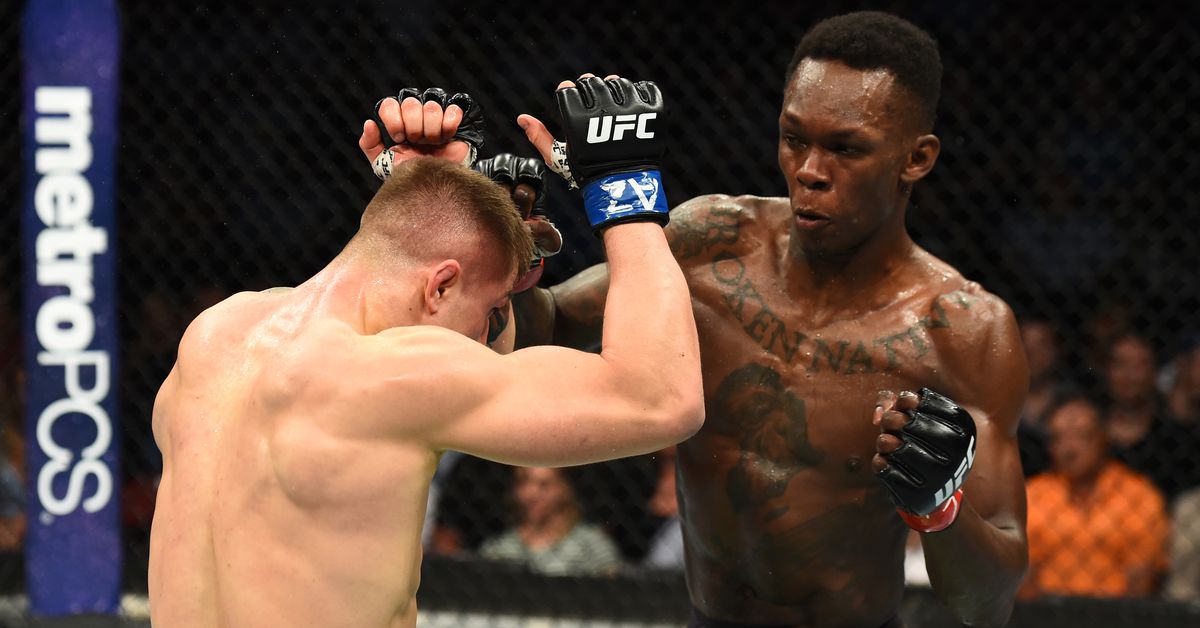 Israel Adesanya has gone the distance five times during his UFC middleweight career. The first fighter to take him three rounds was Marvin Vettori. That fight, which took place in 2018, is the only split decision win in Adesanya’s career. He won the other four middleweight bouts that went to the final horn by unanimous decision, that includes two title fights. On Saturday, Adesanya runs back his 2018 scrap with Marvin Vettori. The fight headlines UFC 263.

One of the talking points headed into this fight is Adesanya’s wrestling. In his most recent bout, a loss to light heavyweight champion Jan Blachowicz, The titleholder took down Adesanya three times. Blachowicz held Adesanya on the mat for a fair portion of the final three rounds. But remember, that was a 205-pound bout.

Vettori did score two takedowns against Adesanya, but those came in the third round after the now-champion stopped Vettori’s first four shots. Adesanya has the second highest takedown defense in UFC middleweight history at 86.5 percent.

Vettori landed 11 of 17 takedown attempts in his most recent outing, a five-round decision over Kevin Holland in April.

Below take a look at the wrestling stats and more from Adesanya and Vettori before they meet in the main event of UFC 263.