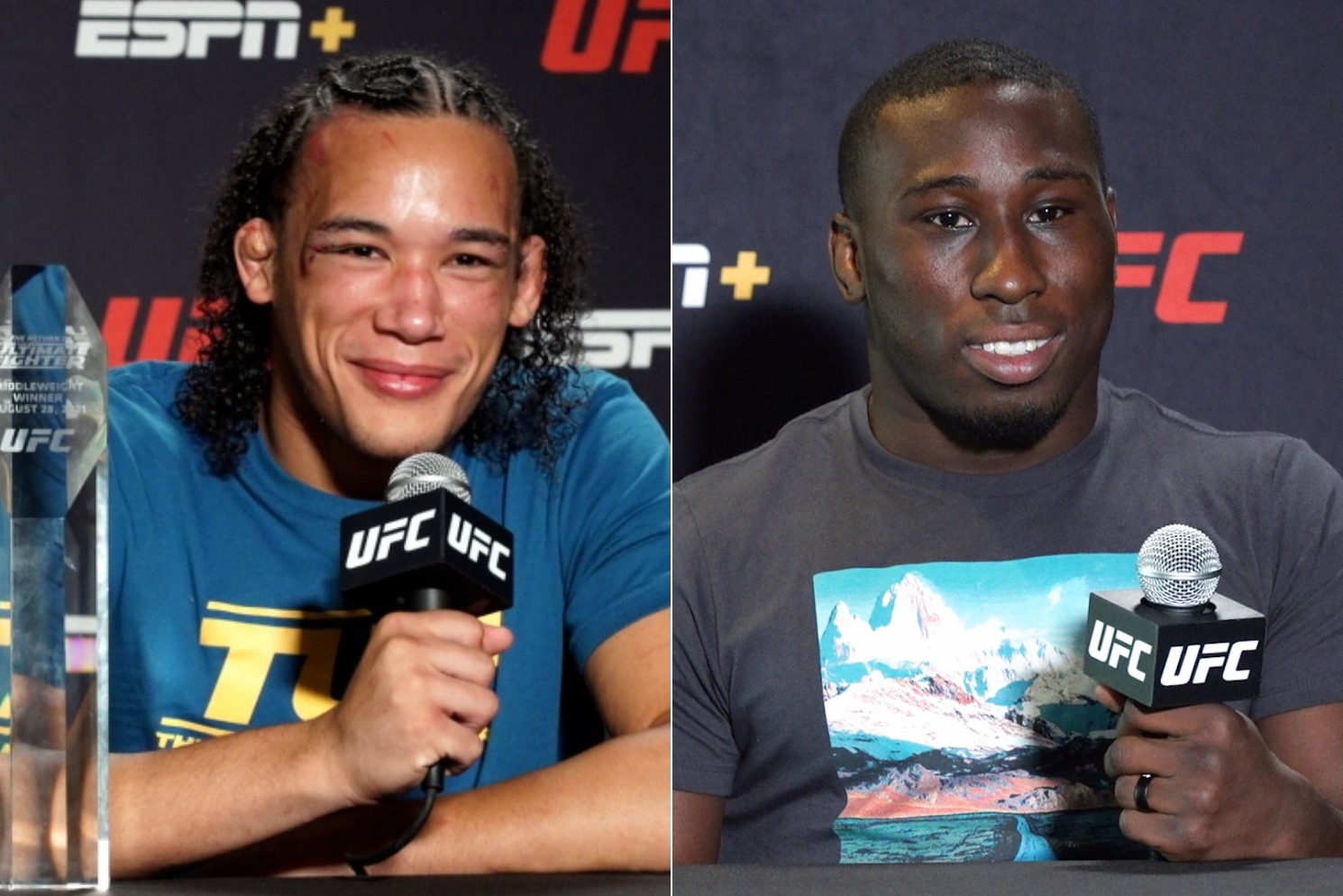 The original “Ultimate Fighter 29” final has been rebooked.

Bryan Battle, winner of Season 29 of “The Ultimate Fighter,” will square off with the show’s original finalist, Tresean Gore, at UFC Fight Night on Feb. 5.

Two people with knowledge of the matchup recently informed MMA Junkie of the booking but asked to remain anonymous as the promotion has yet to make an official announcement.

Battle (6-1 MMA, 1-0 UFC) will finally get to square off with Gore (3-0 MMA, 0-0 UFC) after multiple bookings fell through. In a recent interview with MMA Junkie, Battle revealed that he almost fought Gore on multiple occasions, but the fight never came to fruition – including their TUF 29 Finale bout.

The last pick on “TUF 29,” Team Volkanovski’s Battle picked up wins over Kemran Lachinov and Andre Petroski en route to a finals showdown with Gore. But after Gore was forced to withdraw due to injury, Battle ended up facing semifinalist Gilbert Urbina in August, whom he submitted in the second round to win the show.

Gore, a member of Team Ortega, defeated Ryder Newman and scored a knockout of Urbina before an injury forced him out of the competition. Currently training at Team Lima’s American Top Team, the 27-year-old has just three official professional fights to his name but was being touted to win the show.

With the addition, the current Feb. 5 lineup includes: