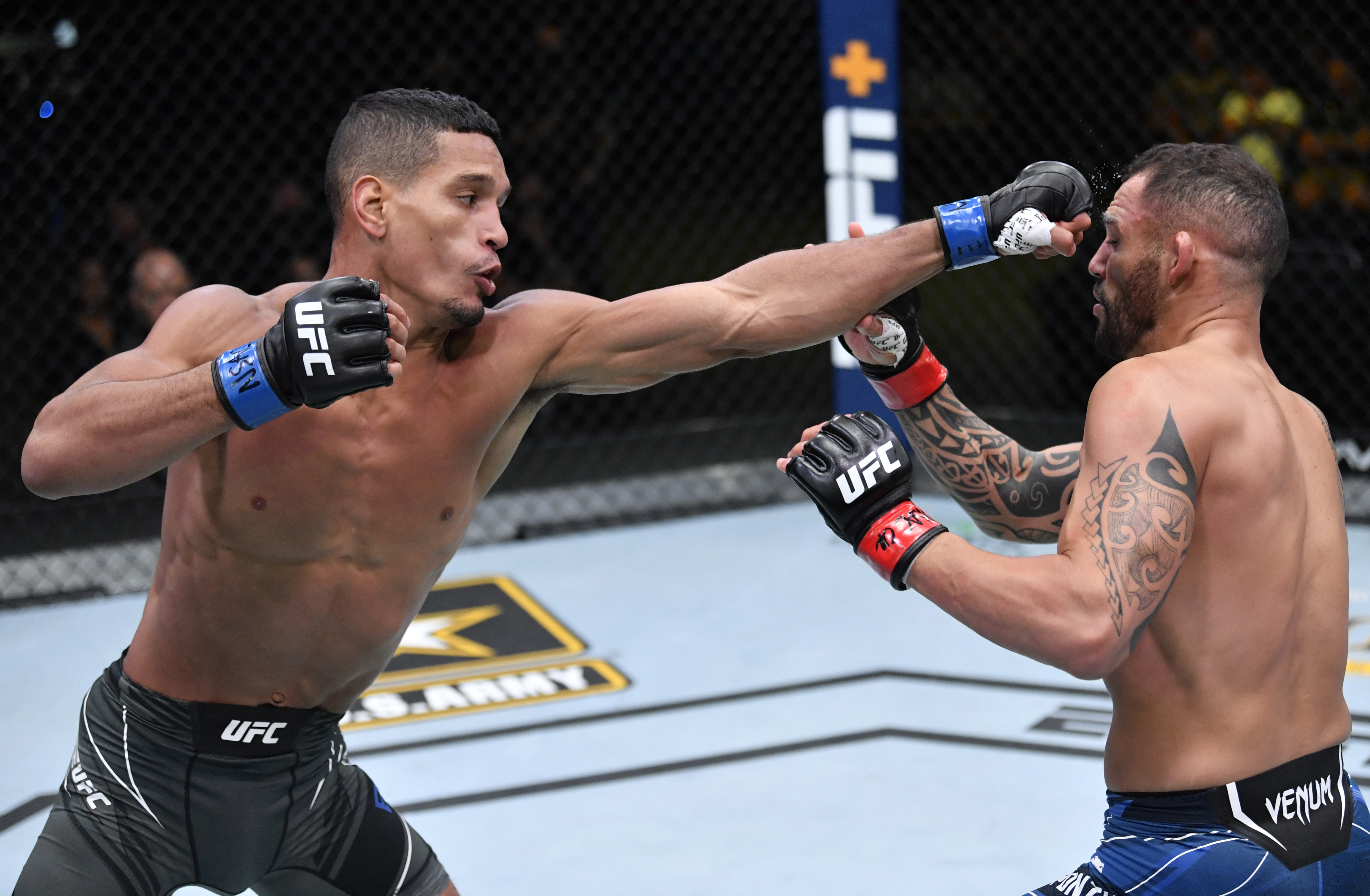 The UFC handed out four $50,000 post-fight bonuses Saturday at UFC Fight Night 189, which took place at the UFC Apex in Las Vegas.

Among the extra checks was one for a “Fight of the Night” that had observers saying it will be on the list of bouts for “Fight of the Year” when 2021 draws to a close.

Check out the bonus award recipients below.

Santiago Ponzinibbio (28-4 MMA, 10-3 UFC) had to work through plenty of adversity in the first round against Miguel Baeza (10-1 MMA, 3-1 UFC), but he got warmed up and started to land first in the second and third. The welterweights slugged it out in the final 10 minutes in a battle that had their fellow fighters on social media saying the scrap was among the year’s best so far. The win was Ponzinibbio’s first since November 2018.

In the main event, Jairzinho Rozenstruik (12-2 MMA, 6-2 UFC) proved again why he’s one of the most dangerous strikers in the heavyweight division. Rozenstruik took out Augusto Sakai (15-3-1 MMA, 4-2 UFC) with just one second left in the first round. He landed a left hook to the chin, and a right hand landed on the temple right after it. The punches that landed on Sakai on the canvas were academic.

In the co-main event, Marcin Tybura (22-6 MMA, 9-5 UFC) got put through some early adversity against Walt Harris (13-10 MMA, 6-9 UFC). Tybura appeared to be on the ropes while Harris delivered plenty of punishment. And when Tybura tried for a defensive takedown and Harris stayed on his feet, it looked like maybe an upset was in the offing. But Tybura recovered, got Harris to the canvas, and from there it was just a matter of time before he was able to pound him out at the 4:06 mark of the opening frame.