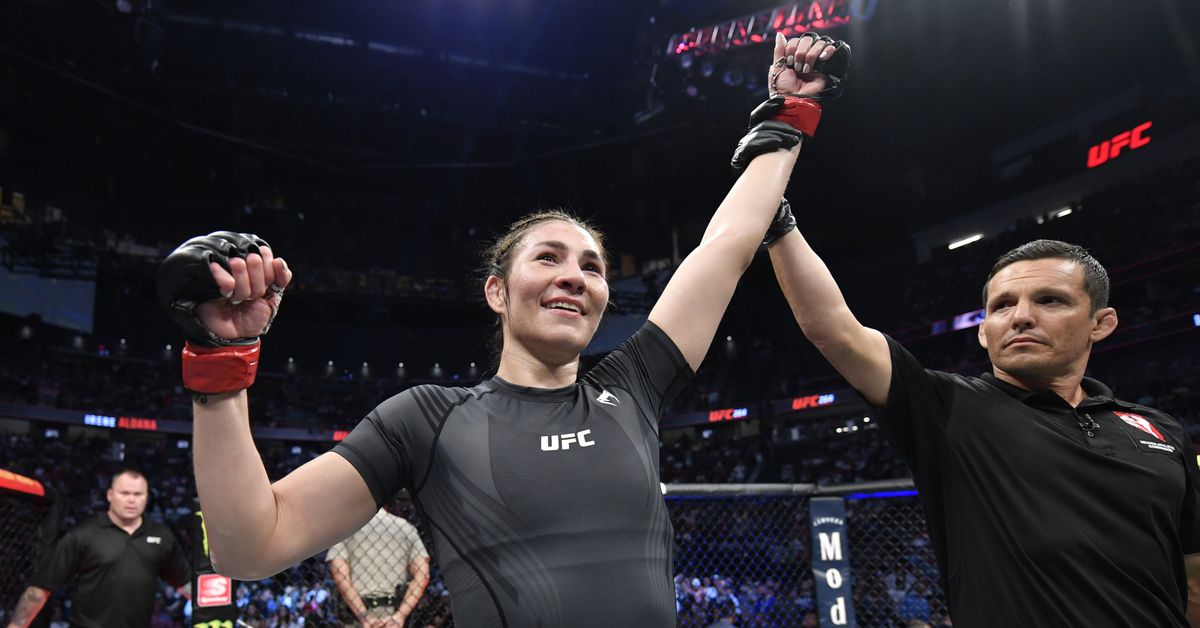 Fights come together fast these days, and if you blink, you can easily miss them. In Fight Roundup, we bring you the latest reported matchups to keep you up to date with what’s on the horizon.

All bouts featured have been officially announced or confirmed with MMA Fighting’s Guilherme Cruz, Mike Heck, and Damon Martin via sources with knowledge of the matchups.

A key bantamweight contest is set for UFC 279.

Irene Aldana — No. 5 at 135 pounds in MMA Fighting’s Global Rankings — is set to fight Macy Chiasson at the Sept. 10 pay-per-view, with a location still to be determined. Chiasson is currently tied at No. 11 with Pannie Kianzad.

The bout was first reported by ESPN Deportes.

In her most recent outing in July 2021, Aldana (13-6) rebounded from a loss to Holly Holm by outpointing Yana Kunitskaya at UFC 264. The Mexican standout has won three of her past four fights, but was forced to withdraw from a fight with Aspen Ladd in April due to an arm injury.

Chiasson (8-2) returns to bantamweight after splitting a pair of bouts at featherweight. She lost by second-round submission to Raquel Pennington before winning a split nod over Norma Dumont at UFC 274 this past May.

Nasrat Haqparast and John Makdessi are headed to France.

The lightweights are officially set to face off at UFC Paris on Sept. 3. This will be Haqparast’s second outing of 2022, while Makdessi competes for the first time since April 2021.

Haqparast (13-5) is currently on a two-fight losing streak. He went 5-2 to begin his UFC career before dropping unanimous decisions to Bobby Green and Dan Hooker.

Makdessi (18-7) has competed sporadically over the past few years. Since 2017, the Canadian veteran has fought just once per calendar year. He has won four of his past five fights, most recently defeating Ignacio Bahamondes via split decision at UFC on ABC 2.

The bout was first reported by Eurosport.

Gillian Robertson needs a win to break out of one of the worst slumps of her career.

The flyweight veteran fights Melissa Gatto on Sept. 17 at a location to be determined and both fighters are coming off of losses.

Robertson (10-7) dropped a unanimous decision to JJ Aldrich in her most recent outing this past March to fall to 1-3 in her past four fights. She currently holds the record for the most finishes (6) and most submissions (5) in the history of the women’s 125-pound division.

Gatto (8-1-2) looks to rebound from the first loss of her career. The Brazilian was unbeaten in her first 10 pro bouts before losing a unanimous decision to Tracy Cortez at UFC 274 this past May. Prior to that, she had won her first two UFC fights.

The matchup was first reported by Ag. Fight.

Alexander Volkanovski, Kayla Harrison, Julianna Peña among 2022 ESPY nominees
Conor McGregor fires back at Jorge Masvidal as feud escalates: ‘What a loser you are’