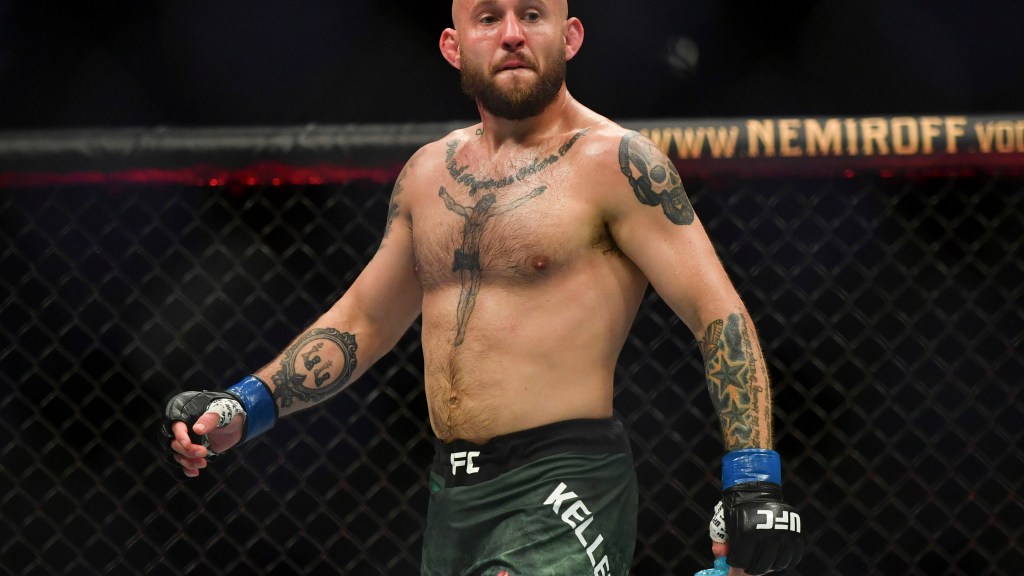 A couple of changes have shaken up Saturday’s UFC on ESPN 32.

UFC bantamweight Brian Kelleher is now being targeted to fight Kevin Croom after Kelleher (23-12 MMA, 7-5 UFC) saw his original opponent Saidyokub Kakhramonov withdraw from the bout due to undisclosed reasons.

The news was confirmed by MMA Junkie following an initial report by My MMA News on Wednesday.

Additionally, the women’s strawweight bout between Vanessa Demopoulos and Silvana Gomez Juarez has been moved to UFC 270 on Jan. 22 due to undisclosed reasons. The card is set to go down at the Honda Center in Anaheim, Calif.

Kelleher is coming off a unanimous decision win over Domingo Pilarte back in August. He’s 4-2 in his past six bouts. That stretch includes three Performance of the Night bonuses.

Meanwhile, Croom (21-13 MMA, 0-1 UFC) is looking to get back to his winning ways, as he lost to veteran Alex Caceres in February 2021. He’s still in search of his first official UFC victory, as he saw his UFC debut win overturned due to a positive marijuana test. He originally had a submission win over Roosevelt Roberts before having the victory turned into a no contest.

Below is the updated lineup for UFC on ESPN 32:

Redistricting: Ohio Supreme Court strikes down state House and Senate maps
Nuggets coach Michael Malone thinks Nikola Jokić is one of the most disrespected MVPs. Does he have a point?