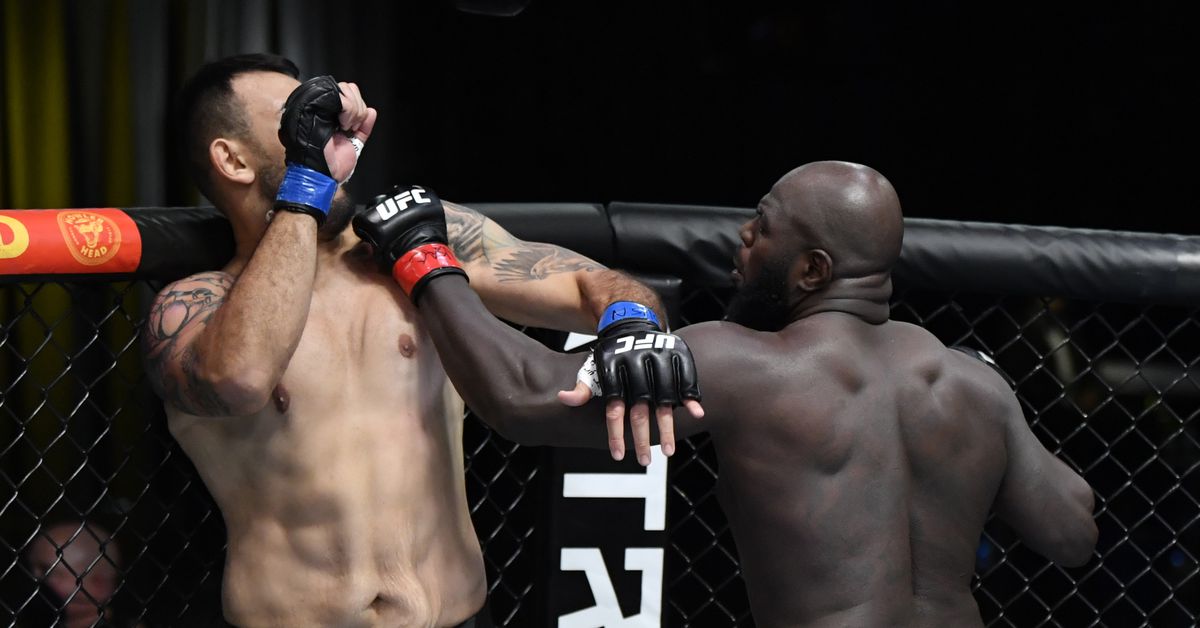 The UFC Vegas 28 main event saw Jairzinho Rozenstruik and Augusto Sakai hoping to bounce back from tough losses to stake their claim in the heavyweight division. Both men opened up the first round with a slow pace exchanging kicks. Rozenstruik started to land body strikes with Sakai firing back some good hooks of his own.

As the first round came to a close, Rozenstruik landed a big left hook behind the ear of Sakai and the Brazilian dropped to the canvas. That was all it took for ‘Bigi Boi’ to bag himself the first round stoppage win.

Check out Tim Burke’s play-by-play of the first round: