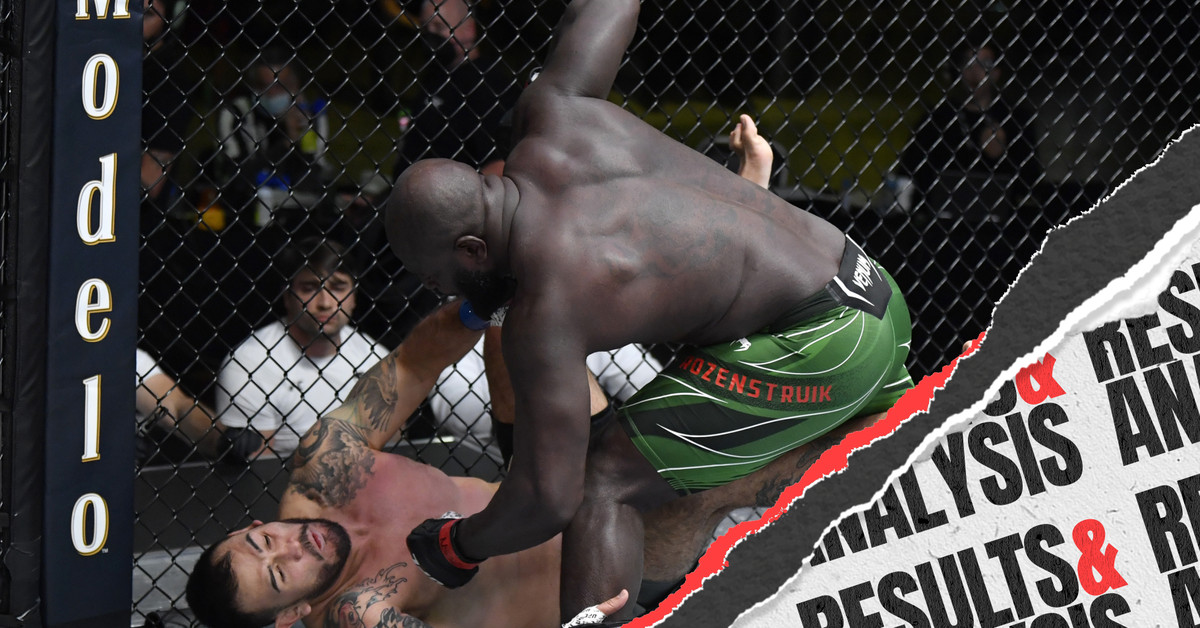 I get it. Nobody enjoys watching heavyweights spending long amounts of time playing patty cake. Jairzinho Rozenstruik heard those complaints too and sharpened his footwork. There were still long periods of inactivity, but he also was far more effective in cutting off the cage and pushing Augusto Sakai where he wanted him with low kicks. It was a buzzer beating combination from Rozenstruik, catching Sakai with a left hook, then a powerful right to floor Sakai. A couple of heavy shots later and the fight was over right before time expired in the first. That put UFC Vegas 28 in the books.

The win doesn’t put Rozenstruik into the title picture – especially given he has a loss to the champ – but it does allow him to remain relevant to the top five picture and play gatekeeper one or two more times before getting an opportunity against someone ahead of him again. More important, he washed the stink off him that enveloped him from his 25 minute stinker against Cyril Gane. It may not have been the cleanest KO, but it sure as hell did the job.

Sakai will likely lose his spot in the top ten, but he’s still youthful enough in the division that I’d be surprised if he didn’t work his way back in there at some point. Given he lacks the one-punch power of others that populate the top of the division – like Rozenstruik – it’s hard to believe he’ll climb higher than that.

As for the rest of the card….