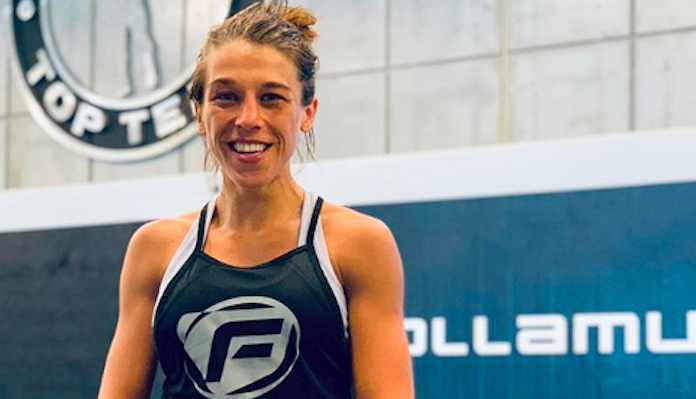 Notably, Jedrzejczyk didn’t even compete at UFC Vegas 39. In fact, the main event saw fellow strawweight contender Marina Rodriguez fight against Mackenzie Dern in the main event and defeat her via unanimous decision in a breakthrough performance. As expected, Rodriguez moved up in the 115lbs rankings. She moved from No. 6 to No. 4, with Dern dropping down to No. 6 and with Yan Xiaonan at No. 5. As well, Rodriguez debuted at No. 10 overall in the women’s P4P rankings. It is a well-deserved ranking given how good she has looked in her last three fights, wins over Dern, Michelle Waterson, and Amanda Ribas.

However, while Rodriguez deserved to move up in the rankings, it’s hard to say why Jedrzejczyk moved up in the P4P ranks. Despite having not fought since March 2020 and with no fight lined up, the former champ moved up to No. 5 overall in the pound-for-pound rankings, tied with Jessica Andrade. It is unknown why Jedrzejczyk was deemed by the media to have done enough to move up one spot despite not fighting. In fact, Rodriguez herself said that she thinks that Jedrzejczyk has no business being in the rankings at all.

What do you think about Joanna Jedrzejczyk moving up the women’s P4P rankings?