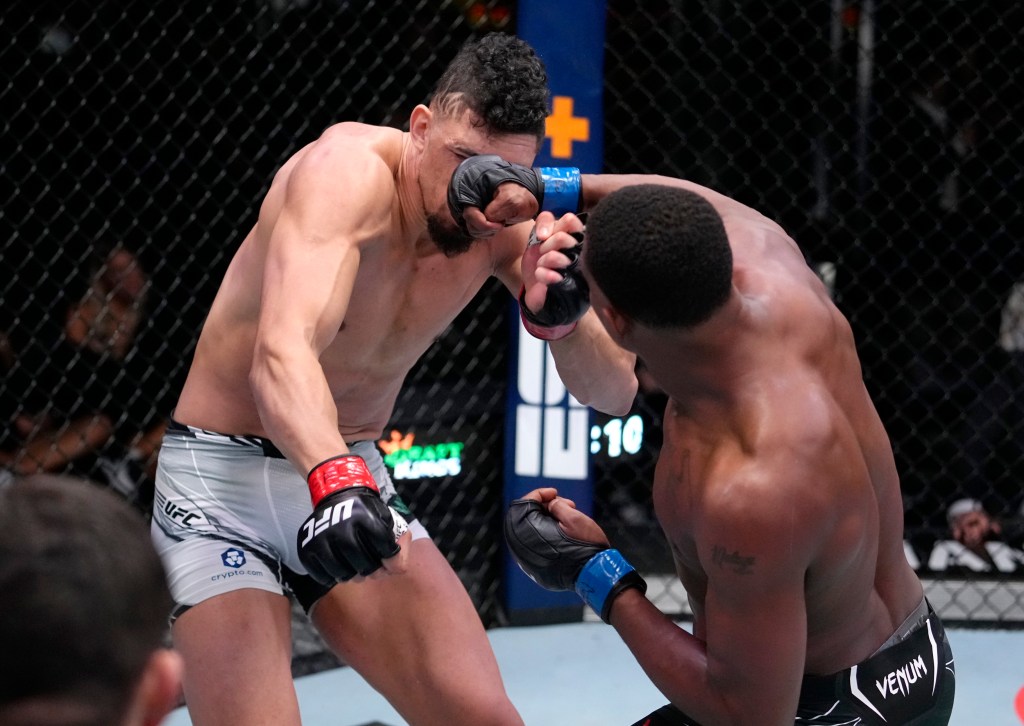 Tonight’s UFC card will be aired live on ESPN the network and ESPN+, scheduled to begin at 6 PM est.

Fresh off of a profitable UFC 277, we are back at the UFC APEX center and their smaller cage. This card won’t blow anyone’s hair back but there is still some interesting fights to dissect.

This includes The Ultimate Fighter Finale (which no one watches anymore) and a few other seemingly non-UFC caliber fighters. There is still a few bets worth targeting there, though.

We hit a bit of a snag in the last 5 weeks. We got as high as 31.64 units profit but have dropped down to 26.81 units profit. However, we profited last week, and some betting spots are worth targeting today.

At light heavyweight, Jamahal Hill battles former contender Thiago Santos. He is a huge favorite this weekend, one of the biggest in his career despite Santos profiling as a step up in competition.

Hill has shown off phenomenal power in his punches, with four of his five UFC wins resulting in a KO by punches. Hill did get submitted against Paul Craig in one of the more brutal finishes we have seen in the UFC; if you search for it, viewer discretion is advised.

Craig is a jiu-jitsu savant, and Hill’s lack of skill on the mat is a bit overstated. Furthermore, Santos is not a threat to submit off of his back, so as long as Hill stays calm and lands body shots that kills the gas tank of his opponent, he should roll here.

Overall, Santos is mostly a gatekeeper in the division since multiple knee surgeries after his war with Jon Jones in 2019.

Hill is way too big of a favorite on his moneyline and is not worth betting there. Instead, take a flyer on a KO from Hill. Santos has been very cautious to avoid damage early recently. Perhaps he survives for longer than oddsmakers think; the fight to end in round one is +145 on FanDuel (40.82% implied), which is ridiculous.

Hill to win by KO/TKO in rounds two or three is +350 on FanDuel and is more or less a flyer assuming Santos goes low volume survival mode midway through the first round. Otherwise, feel free to pass on this main event at light heavyweight.

A very fun co-main event featuring Vicente Luque and Geoff Neal takes place at 170lbs. Both fighters are billed as absolute scrappers who never shy away from damage in striking exchanges.

The interesting data point here is that neither fighter has been finished in their UFC career, despite combining for 27 UFC fights. Surely Luque could get this fight to the mat and look for his favorite anaconda or d’arce choke.

However, he usually targets that choke when his opponent first shoots in for a takedown. Luque rarely actually resorts to wrestling to obtain his takedowns and get submissions. He has not successfully landed a takedown since 2017, per UFC Stats.

Look for this fight to be a three-round standup war where Luque does more damage and pulls out the victory. This could happen by decision or late stoppage. The bet below is a solid way to bet on this fight tonight.

This bet was placed on BetMGM Sportsbook, which is offering many of its users a UFC parlay token boost (20% boost) on all parlays of three legs or more. (Offers may vary, check the promos page to see if you qualify).