UFC veteran reveals pay to compete in Power Slap: “You guys would be shocked”

Home /Sports/UFC veteran reveals pay to compete in Power Slap: “You guys would be shocked” 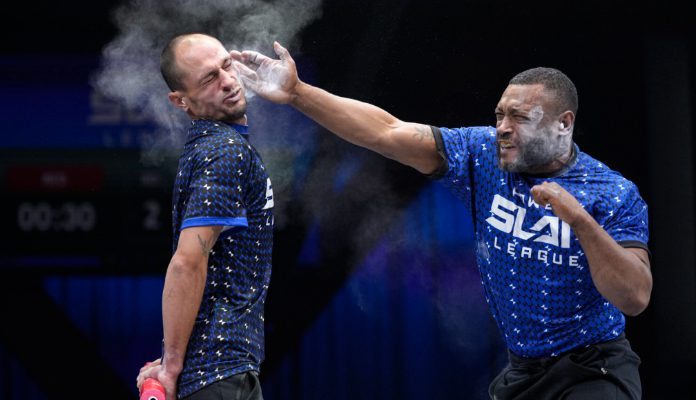 Eric Spicely, a UFC veteran, revealed the pay to compete in Power Slap.

Dana White recently launched his new project in Power Slap and said it is something he thinks could be massive on TV. Yet, according to Spicely, he was offered a spot on Power Slap and was shocked by what the promotion was paying people to compete in it.

UFC veteran Eric Spicely said he was contacted to see if he’d like to participate in the Power Slap League. Not sure what the full pay scale is, but this nugget caught my attention: pic.twitter.com/Qlej95KmJs

“I was contacted to do slap league, you guys would be shocked at how much it pays,” Spicely wrote on Twitter.

A fan then commented “not enough,” before Spicely revealed the first fight was just 2k and 2k. Of course, that means $2000 to show up and $2000 if he were to win. The pay is no doubt low for taking that punishment as the UFC’s starting salary is 10/10.

As of right now, there are no other details on what Power Slap was offering and whether or not that is high as they go or if that is on the lower end. But, Eric Spicely being a UFC veteran would suggest it would be on the higher end as he is more known.

Currently, Power Slap has aired one episode with the TV ratings coming in under 300k which was a flop after Dana White thought it would be massive on TV.

As for Eric Spicely’s career, the 34-year-old fought seven times in the UFC going 2-5. In his UFC tenure, he beat Thiago Santos and Alessio Di Chirico with his losses coming to Sam Alvey, Antonio Carlos Junior, Gerald Meerschaert, Darren Stewart, and Deron Winn.

Spicely is currently on a four-fight losing skid and is now 12-8 overall in his MMA career. The UFC veteran last fought in September 2021 where he lost by first-round TKO to Zdenek Polivka at OKTAGON 28 in the Czech Republic.

What do you make of the pay for Power Slap?

What’s next for the stars of UFC 283?
Coach reveals Brandon Moreno suffered a “serious” knee injury before UFC 283 title fight against Deiveson Figueiredo