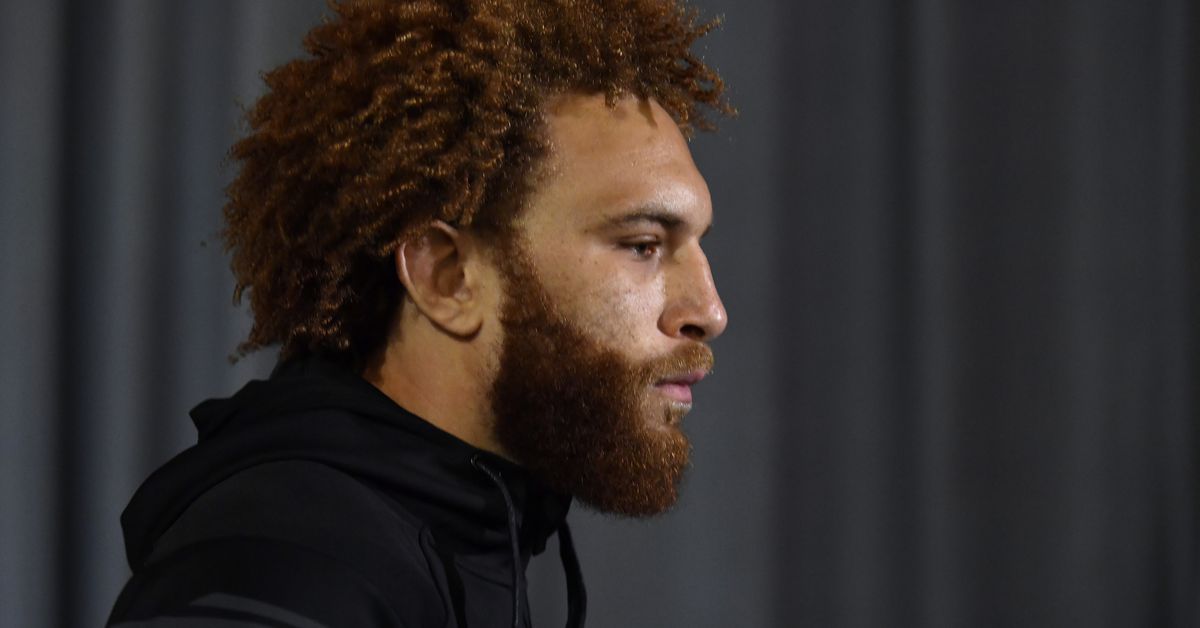 Eight-fight UFC veteran Luis Peña has been arrested on multiple occasions this year. The most latest arrest was this past weekend and it saw him charged with battery and domestic violence.

More details regarding that arrest have begun to emerge. TMZ has reported on a 911 call that outlet has acquired that purportedly feature Peña’s girlfriend.

“He punched me in the face,” she said (per TMZ). “But, he did this also two days ago, I have the mark, I have a band-aid on my back. I have everything to prove it, so I would like the police to come and remove him, so I can get my things and go the fuck home.”

TMZ also reports that Peña’s girlfriend said police were “mad” at her for not cooperating on the past and said that she “didn’t want to snitch” on Peña. However, it is also reported that the woman on the call said now she had to get the police involved.

“We have a no contact order, so technically we shouldn’t even be living together,” she added on the call. “I really need the cops to come and get him out now., I have scratches and bruises all over me from him, I need him gone. I’m done, and I need help, please.”

MMA Junkie published part of a probably cause affidavit released by the Broward County Sheriff’s Department. That document includes details of injuries witnessed by sheriff deputies when they reached Peña’s girlfriend after the 911 call was placed.

Text from the affidavit can be found below:

“On the above date and time, the above defendant was involved in a physical altercation with (redacted) whom he had been in an intimate relationship with for the last 1 1/2 years. The defendant did actually and intentionally strike (redacted) in the face multiple times with a closed fist and continued to strike (redacted) while she was on the ground. (redacted) had minor abrasions to the top of her left hand, abrasions on the left wrist, and an alleged bite mark to her left knee region. While the above incident was occurring, victim (redacted) observed the altercation and attempted to step in and defuse the situation between the Defendant and (redacted). At that time, the defendant struck (redacted) in the left eye with a closed fist. The aforementioned strike caused a purple contusion to the eye region of (redacted). When struck, (redacted) fell to the ground causing a laceration to her right elbow. (redacted) and (redacted) both provided sworn statements that attested to the above information, and BWC was in use and injuries were photographed.”

This is the third time Peña has been arrested this year. His earlier arrested came amid accusations that he punched a woman and stole her belongings. Charges in those cases were dropped because the complainant reportedly did not cooperate with the investigations.

Peña entered the UFC in 2018 via TUF’s 27th season. After beating Richie Smullen on that show’s finale he lost a split decision to Michael Trizano.

Since then he has beaten Steven Peterson, Matt Wiman and Alexander Munoz and lost to Matt Frevola and Khama Worthy. His most recent fight, against Munoz, was at UFC Vegas 24 in April.