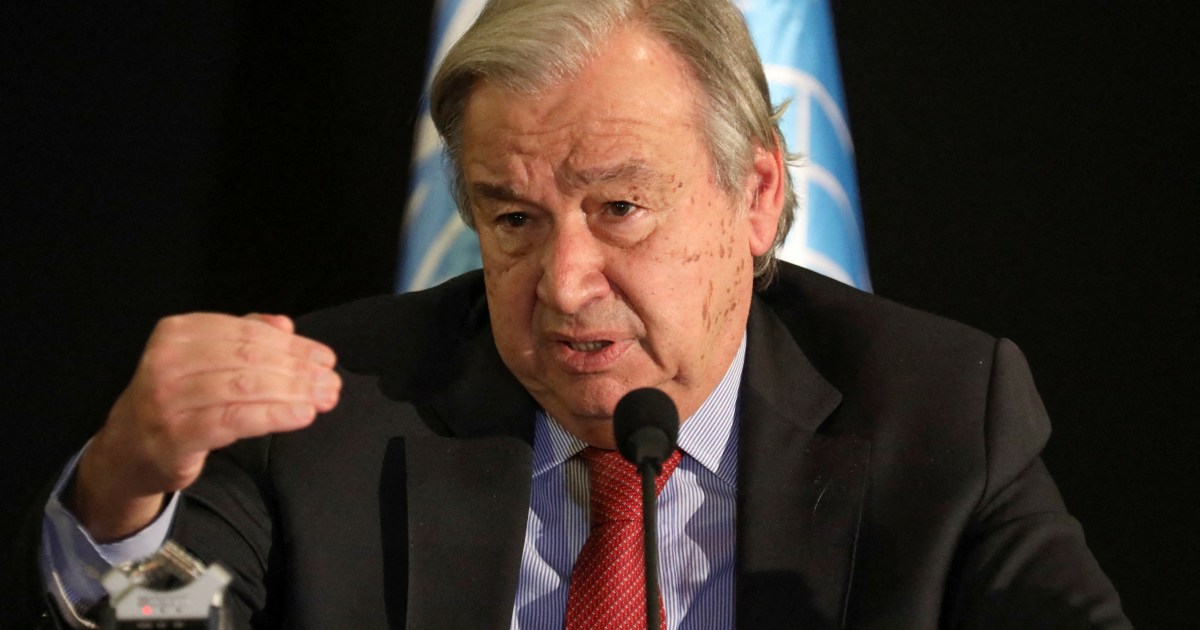 Antonio Guterres says he is working with the AU and ECOWAS on creating ‘conditions’ to allow for accelerated transition.

The United Nations chief has called on Mali’s ruling military to announce an election timetable amid anger about its suggestion of staying in power for five years before holding a vote.

“It is absolutely essential that the government of Mali present an acceptable election timetable,” UN Secretary-General Antonio Guterres told reporters on Thursday. He said he hoped to “get in contact quickly” with the military.

“I am working with the ECOWAS and the African Union to create conditions which can allow the government of Mali to adopt a reasonable and acceptable position to accelerate a transition which has already been under way for a long time,” he added.

This could bring back a sense of “normalcy in relations between this state and the international community, ECOWAS in particular,” Guterres said, referring to the Economic Community of West African States.

In a sharp escalation after months of diplomatic tensions, ECOWAS last week agreed to shutter borders with the Sahel state and impose a trade embargo.

The move came after Mali’s interim government proposed staying in power for up to five years before staging elections, defying international demands that it respect a promise to hold elections on February 27.

Mali’s army initially promised to hold elections in February of this year, after staging a coup in August 2020. But in December, it suggested staying in power for up to an additional five years, citing security concerns.

“The risk that the situation in this country deteriorates is evident,” Borrell told reporters after a meeting of EU defence ministers in the western French city of Brest.

According to Borrell, the EU move was also a response to the arrival of private military contractors from the controversial Russian Wagner Group, whose members are mostly ex-service personnel.

France, Mali’s former colonial power which also holds the EU’s rotating presidency, has thousands of troops fighting armed groups in the Sahel region and in December joined 15 other countries in condemning the possible arrival of mercenaries.

In December, the 27-nation EU imposed sanctions on Wagner and set up a new sanctions regime for Mali with a view to targeting the army.