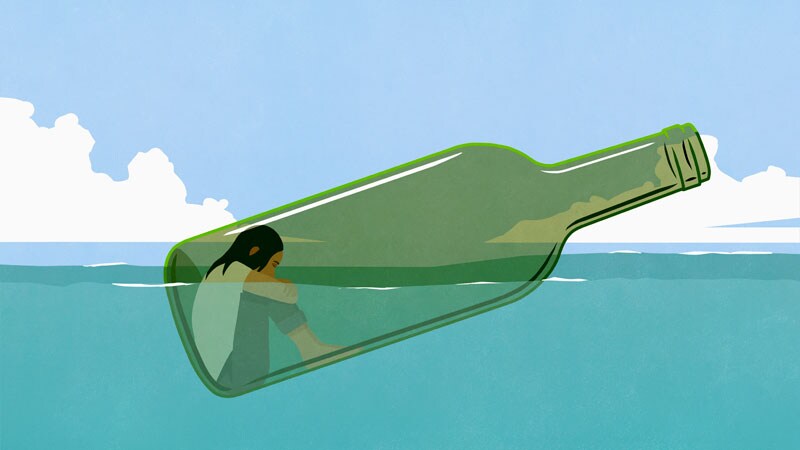 Many patients dealing with mental health crises are having to wait several days in an ER until a bed becomes available at one of Georgia’s five state psychiatric hospitals, as public facilities nationwide feel the pinch of the pandemic.

“We’re in crisis mode,” said Dr. John Sy, an emergency medicine physician in Savannah. “Two weeks ago, we were probably holding eight to 10 patients. Some of them had been there for days.”

The shortage of beds in Georgia’s state psychiatric facilities reflects a national trend linked to staffing deficits that are cramping services in the public mental health system. The bed capacity problem, which has existed for years, has worsened during the covid-19 pandemic, creating backlogs of poor or uninsured patients as well as people in jails who are awaiting placement in state facilities.

Many state workers, such as nurses, are leaving those psychiatric units for much higher pay — with temp agencies or other employers — and less stressful conditions. The departures have limited the capacity of state-run psychiatric units for patients, who often are poor or uninsured, forcing some people with serious mental illness to languish in hospital emergency rooms or jails until beds open up in the state systems, according to local leaders of the National Alliance on Mental Illness.

“Such patients are sometimes strapped down or held in isolation, and often receive little or no mental health services,” said Roland Behm, a board member of the Georgia chapter of the American Foundation for Suicide Prevention.

Nationally, the shortage of beds and mental health workers has collided with an increasing, pandemic-driven demand for mental health treatment.

“ERs have been flooded with patients needing psychiatric care,” said Dr. Robert Trestman, chairperson of the American Psychiatric Association’s Council on Healthcare Systems and Financing. “The current crisis is unprecedented in the extent, severity and sweep of its national impact.”

Virginia has severely curtailed admissions to state mental hospitals because of staffing shortages amid increased demand for services. “I have never seen an entire system bottleneck this bad,” said Kathy Harkey, executive director of the National Alliance on Mental Illness’ Virginia chapter. The strain is spilling over into the private system, she added.

A Texas advisory committee reported in July that a near-record number of people were on the waitlist for state hospital beds for forensic patients, meaning those involved in the court system who have mental illness.

In Maine, a committee of criminal justice and mental health officials has been working on adding state psychiatric beds and finding placements for people who need treatment for mental illness but are being held in jails.

The well-insured normally can choose private facilities or general hospital psychiatric wards, Trestman said. But in many cases, those beds are now filled, too.

Like the medical system overall, the behavioral health system is “under a great deal of strain,” said Dr. Brian Hepburn, head of the National Association of State Mental Health Program Directors. The workforce shortage is especially acute at inpatient or residential behavioral health facilities, he said, and that pressure extends to private providers.

In Georgia, roughly 100 beds in the state’s five psychiatric hospitals — or about 10% — are empty because there’s no one to take care of the patients who would occupy them. Space in short-term crisis units is also squeezed. The turnover rate for hospital workers was 38% over the past fiscal year, according to the state Department of Behavioral Health and Developmental Disabilities.

Beyond hospitals, Melanie Dallas, CEO of Highland Rivers Health, which delivers behavioral health services in northern Georgia, said the challenge of dealing with higher demand amid such a diminished number of staffers is unprecedented in her 33 years in the field. “Everybody is exhausted.”

Nationally, scores of nurses and other mental health workers have left state jobs.

“A lot of people are chasing the covid money,” said Netha Carter, a nurse practitioner who works in an Augusta, Georgia, state facility for developmentally disabled people. She said that temp agencies are offering “triple the pay” given by state facilities, though she’s staying put because she likes the kind of work she’s doing.

Kim Jones, executive director of NAMI in Georgia, said she has received more calls about people with mental health needs who can’t get long-term hospital services as the bed backlog increases.

Such waits for care can worsen patients’ conditions. Several years ago, Tommie Thompson’s son Cameron waited 11 months to get a state hospital bed in Atlanta while in jail. “By the time he got to the hospital, he was totally psychotic,” Thompson said.

The backlog in public services is playing out in jails across Georgia, with more people being kept behind bars because mental health facilities are swamped.

The Georgia Sheriffs’ Association said its members have relayed their difficulties in placing people in state-run treatment. “A lot of these folks don’t need to be in jail, but they’re stuck in there,” said Bill Hallsworth, the association’s coordinator of jail and court services. “There’s no place to put them.”

Hospital ERs also are feeling the shortage of state beds, said Anna Adams, a senior vice president of the Georgia Hospital Association. People with mental illness arriving in the ER “tend to be at the end of the line,” said Robin Rau, CEO of Miller County Hospital in rural southwestern Georgia.

Rau said the bed backlog is horrible. “Covid has just exacerbated everything.”