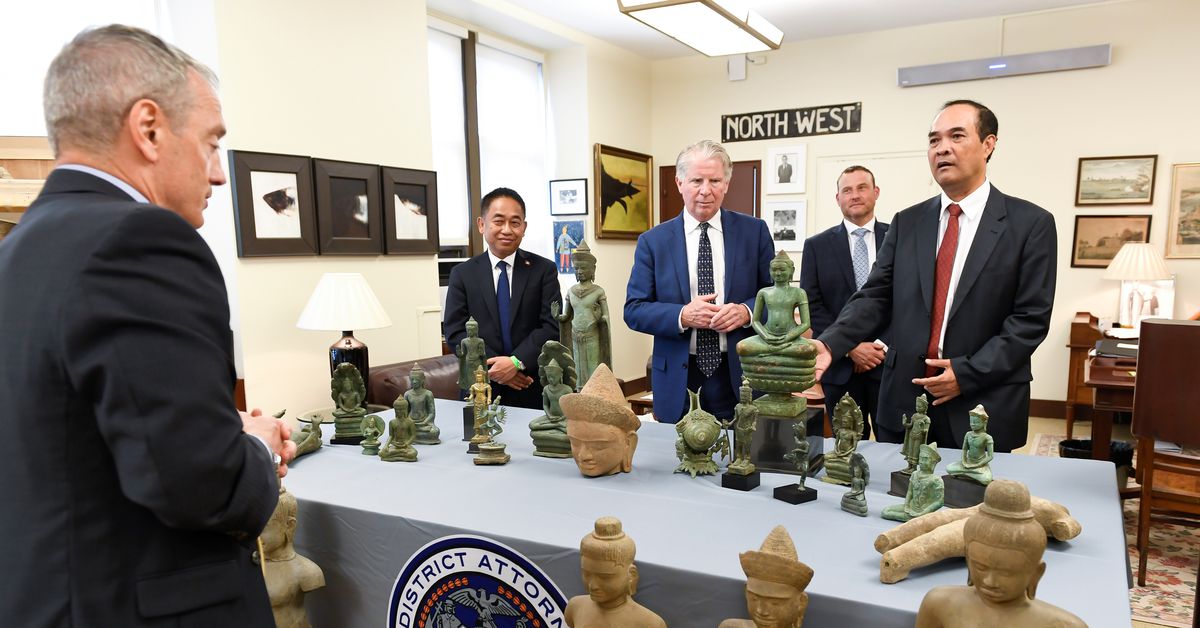 The United States has repatriated 27 antiquities to Cambodia, including Hindu and Buddhist statues, after years of work by New York investigators to recover the smuggled artefacts.

Valued at about $3.8 million, the items included several Hindu and Angkorian Buddhist statues, such as a bronze meditating Buddha on a Naga, a statue of Shiva, and a Buddhist sandstone sculpture of Prajnaparamita.

“The repatriation of these 27 stunning relics to the people of Cambodia restores an important link between the nation’s classical Angkor era and its modern customs and beliefs that, for far too long, was disrupted by the greed of stolen antiquities traffickers,” Manhattan District Attorney Cy Vance Jr said in a statement.

Cambodia’s Minister of Culture and Fine Arts, Phoeurng Sackona said the antiquities were the “missing souls” of the country’s ancestors.

The Cambodian items were among nearly 400 being returned to 10 countries after investigations by Manhattan’s Antiquities Trafficking Unit and Homeland Security Investigations.