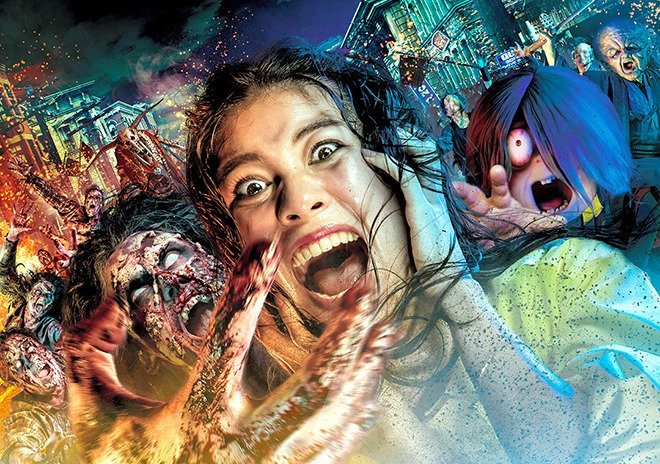 Universal Studios Japan Getting a Gegege no Kitaro Haunted House

We’re getting into the Halloween season, and they’re ready to celebrate in Japan. Universal Studios Japan in Osaka launched its “No Limit! Halloween” theme on September 10, and the next day it unveiled a Gegege no Kitaro themed haunted house. The Halloween celebration will last at the park until November 7.

It’s also bringing back its usual fare of having people dressed as zombies shuffle around the park. This did not take place last year because of COVID-19. But since the issue with COVID-19 is still not over, the park is still taking precautions. Only 5,000 people are allowed in each day. People are encouraged to buy their tickets beforehand rather than just show up.

Drawn & Quarterly has published the original manga as Kitaro in English, and gave this description for it:

“Meet Kitaro. He’s just like any other boy, except for a few small differences: he only has one eye, his hair is an antenna that senses paranormal activity, his geta sandals are jet-powered, and he can blend into his surroundings like a chameleon. Oh, and he’s a yokai (spirit monster)! With all the offbeat humor of an Addams Family story, Kitaro is a lighthearted romp in which the bad guys always get what’s coming to them.

Kitaro is bestselling manga-ka Shigeru Mizuki’s most famous creation. The Kitaro series was inspired by a kamishibai, or storycard theater, entitled Kitaro of the Graveyard. Mizuki began work on his interpretation of Kitaro in 1959. Originally the series was intended for boys, but once it was picked up by the influential Shonen magazine it quickly became a cultural landmark for young and old alike. Kitaro inspired half a dozen TV shows, plus numerous video games and films, and his cultural importance cannot be overstated. Presented to North American audiences for the first time in this lavish format, Mizuki’s photo-realist landscapes and cartoony characters blend the eerie with the comic.”

How would you like to visit a Kitaro-themed haunted house?