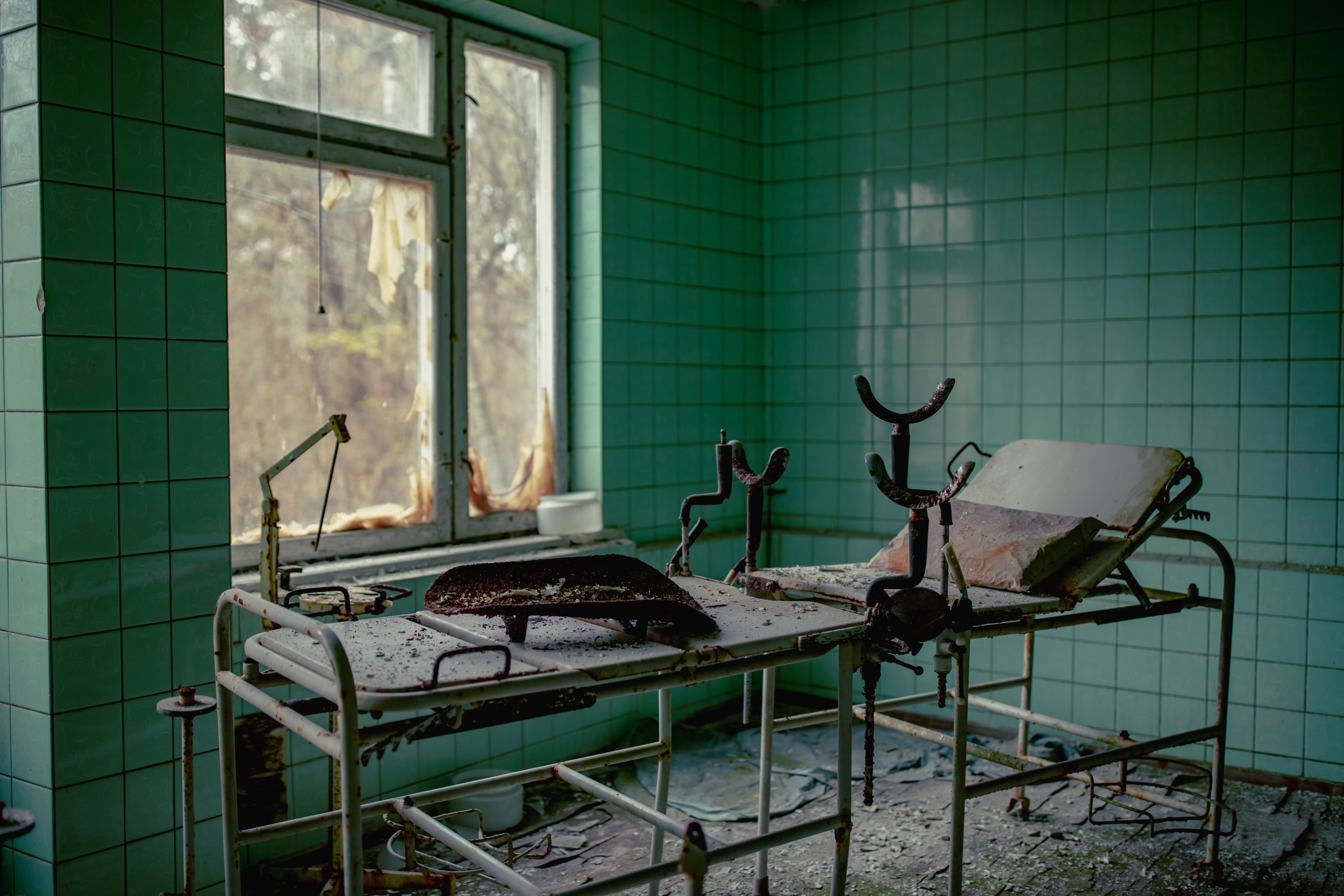 Urban explorers took a tour of an abandoned hospital which has stood empty for 20 years and still has vials of blood and surgical equipment inside.

A TikToker shared a clip to his page, @ourlostworld, as he walked through the eerie corridors of the facility, which has been slowly decaying over time.

The clip amassed a staggering 27 million views since being uploaded in September, and can be seen here. It was captioned: “Abandoned hospital with everything left behind.”

He shared the full tour on this YouTube page, Lost World Adventures, where he introduces himself as Austin. “In this video I came back to do a full walk through of this crazy abandoned hospital with everything left behind,” he captioned it.

As he begins the tour, he narrates the footage saying: “I don’t have much info on it, other it closed in 2001. And I know it closed twice before it closed down for good. But the main reason it closed down was because of financial problems.

“Natural decay, most of this building is natural decay. There’s some old files in here, more files. Look at that, everything was just left behind.”

And it doesn’t disappoint, with wheelchairs left in deserted hallways, ventilators, oxygen and nitrous oxide equipment in the quiet wards. Hospital beds with linens, and towels, scrubs, gloves and face masks litter the rooms, which are strewn with papers.

Entire filing cabinets and store rooms have been left behind, with patient files still in meticulous order. Posters on the wall and noticeboards provide a chilling snapshot in time, with a calendar stuck on March 2001.

Stock cupboards retain an arsenal of medical equipment, including catheter bags, tissues, heating pads, shampoo and various tubes. There are needles and even syringes left behind.

One of the most shocking finds is medicine and drugs gathering dust on shelves, as Austin films a close-up of a 1 percent lidocaine solution injection, never touched.

Wards are filled with metal beds as well as high-tech ones, while surgical suites are instantly recognizable from their overhead lights, tools left out, including scissors and tweezers, while X-rays are still on the wall.

Disgustingly, medical bins filled with waste have also been left behind, as one labels the container “gross.”

A reception desk has remained just as it was left. Old computers, including an early Apple version, a plastic pot plant and personal photographs give the place a chilling vibe.

Austin and his team then head for possibly the most interesting area of the hospital—the lab.

Behind cupboard doors with “biohazard” stickers they find vials of blood, and possibly other body fluid samples. “This is what makes the place,” they said, as they filmed the liquid, saying: “That’s all from 2001.”

They explain it’s an entire laboratory that was abandoned, as they even film a centrifuge machine. “This is where they test everything,” one says.

An article from The Daily Mail from 2016 claims the facility first closed in 1974, before reopening a decade later, before shutting for good in 2001.

Despite debt restructuring, a new hospital-management company on board, and assistance from the county it closed its doors for good, entombing everything inside.

Its closure reportedly left local residents without access to local care, with the closest hospital some 90 minutes away.

The site quoted the county’s heart attack death rate rising by 40 percent as a result.