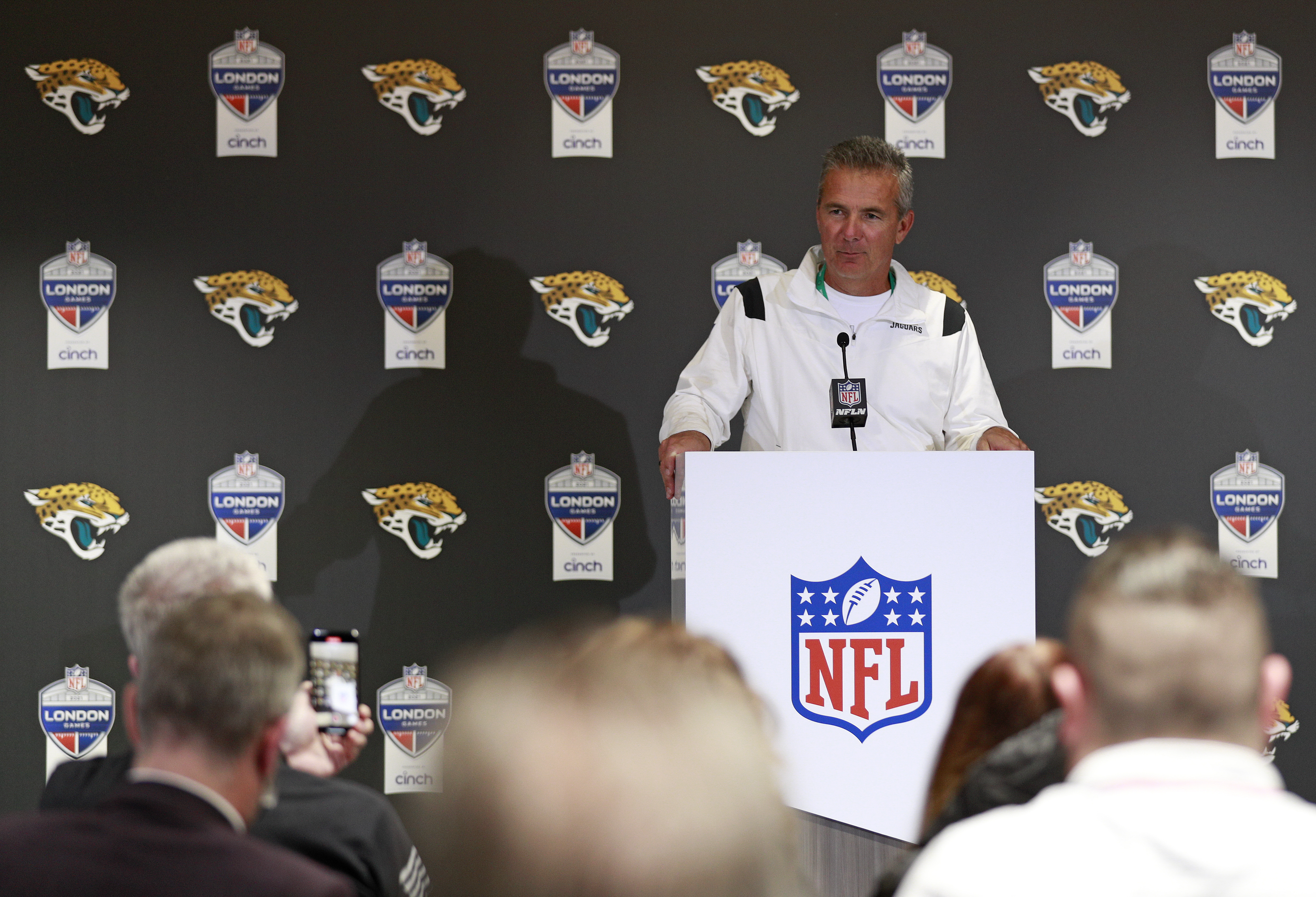 A 1-5 start and an embarrassing off-field moment are not enough to make Jacksonville Jaguars owner Shad Khan waver on coach Urban Meyer.

Ian Rapoport of NFL Network reported Khan is “all in” on Meyer as his coach, and Khan told Rapoport that he “absolutely” has faith in Meyer moving forward.

“I can see that being part of the team, versus picking up the paper and reading the media,” Khan said. “I mean, there are a lot of times, and I’m not just talking about football, in business situations, what you read is so different from what the reality is, and this was one of those cases. I wasn’t surprised. I believe in us.”

The Jaguars lost their first five games before beating the Miami Dolphins in Week 6, while Meyer has clearly had issues with the transition from college to the NFL. He has struggled to relate to professional players and got caught in a whirlwind of criticism following a bar incident after a Week 4 loss to the Cincinnati Bengals.

Meyer apologized on several occasions. While the bar mishap was more of a public embarrassment than anything, it also showed a lack of accountability on Meyer’s part and led to a strong rebuke from Khan.

“His conduct last weekend was inexcusable. I appreciate Urban’s remorse, which I believe is sincere. Now, he must regain our trust and respect,” Khan said in a statement. “That will require a personal commitment from Urban to everyone who supports, represents or plays for our team. I am confident he will deliver.”

Meyer seemed to weather the worst of the storm, but there is still clearly a lot to prove on the field. Trevor Lawrence has flashed the skills that made him the No. 1 overall pick but has been inconsistent and turnover-prone. The Jags defense ranks among the worst in nearly every category.

It’s likely that Meyer will finish his first NFL season with more losses than he had total in seven years at Ohio State (nine).